Looks like Netflix is bringing back yet another familiar face for the continuation of one of their most popular series.  Henry Thomas, who played the younger version of Crane family patriarch Hugh Crain in the streaming service’s critically-acclaimed show The Haunting of Hill House, will return on the next installment titled The Haunting of Bly Manor.  This news, along with the addition of Kate Siegel (who played older sister Theodora Crain) earlier today, was officially announced by series creator Mike Flanagan via his Twitter account over the last two days (see below.)

Thomas (E.T. the Extra-Terrestrial, Fire in the Sky) will join fellow Hill House cast-mates Victoria Pedretti (Once Upon a Time….in Hollywood) and Oliver Jackson-Cohen (2020’s The Invisible Man) in reprising their roles from the previous season.  Pedretti and Jackson-Cohen played ill-fated twin siblings Nell and Luke Crain, who’s battles with depression, mental health and drug addiction were large parts of the central plot.  While it is still unknown what Thomas’ exact role will be, the others have been tabbed to play different characters altogether in the upcoming season.  Netflix is choosing to keep many of the same actors and actresses involved with the show, but in other capacities.  This would seem to mirror the American Horror Story ensemble cast anthology-method, which would make sense based on how these specific Crain family members ended up at the end of Hill House.

The Haunting of Bly Manor, said to be loosely based on the Henry James novella Turn of the Screw from 1898, is scheduled to premiere sometime in 2020.  As of now no additional plot points have been released.  What we do know is that Pedretti will play a young woman named Dani, tasked with looking after two young orphans.  Jackson-Cohen will play Peter, who resides at Bly Manor but makes things difficult for those around him.  It will be interesting to see how the Netflix series can put a new spin on a similar story involving many returning cast members, just as AHS is able to do successfully.

Stay tuned to HNN for more news on Netflix’s The Haunting of Bly Manor as it breaks! 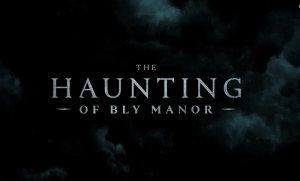