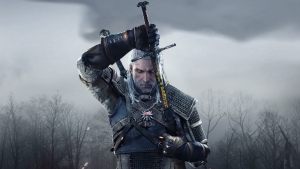 Netflix gave us a glimpse of the first photos from their upcoming feature, directed and produced by McG, The Babysitter: Killer Queen. Killer Queen stars...
Read more

The nurse will see you now! And you can see her, too--thanks to the first trailer for Ratched, the Netflix prequel series to the classic...
Read more

All Hell is about to break loose! The countdown to the return of the Devil in Season 5 of Lucifer on Netflix has begun in earnest. But...
Read more

The wait for the latest game based on the hit AMC horror series The Walking Dead is almost over. The Walking Dead Onslaught from developer Survios will be released Sept. 29 for PlayStation...

A new horror flick set to debut on Hulu just in time for Halloween gives a whole new (and terrifying) meaning to the phrase...