Netflix has come to Comic-Con and brought with them many great things, one of which is a new original movie, “Death Note.” “Death Note” is based on the famous Japanese manga written by Tsugumi Ohba and Takeshi Obata. Panelists included director Adam Wingard, producers Masi Oka and Roy Lee, as well as stars Nat Wolff, Margaret Qualley, and LaKeith Stanfield.

The question was asked “how scary is Death Note?” Director Adam Wingard notes that “it has a horror tinge to it” but is not full-on horror. With his previous work on films like “You’re Next” people tend to think of him very specifically for horror. However, he let the fans know that there are a lot of different elements to this film besides horror.

The trailer was shown and while it looks interesting, it is a bit hard to get the tone of the movie. Footage from the film was also shown and the segment made it a bit difficult to tell if the movie would be more of an “Evil Dead” type film where there is comedy buried within it. Not a horror-comedy, per se, but funny nonetheless. The audience in the 6,500 seat Hall H didn’t seem to be sure if they were supposed to be laughing or not. Hopefully this is an intentional move to make this a different and more unconventional movie.

“Death Note” will be released on Netflix August 25. 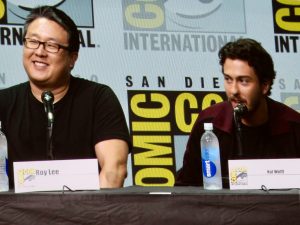 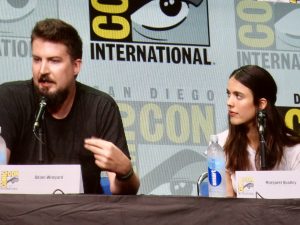 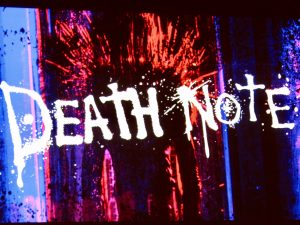 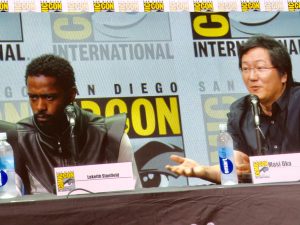 Netflix Is Bringing Back ‘Lucifer’ For Season 6

Hell won't freeze over for the Devil anytime soon. Lucifer--the popular Netflix series--officially has been renewed for a sixth season. The streamer had said it would...
Read more

Attention all enigma and conundrum solvers! Your wait is almost over--the reboot of Unsolved Mysteries on Netflix debuts next Wednesday, July 1. And, to mark the occasion,...
Read more

Second Season Of ‘The Witcher’ Set To Resume Shooting In August

Dust off the old thinking cap you used for the classic Unsolved Mysteries TV series: The reboot will kick off on Netflix on July 1, beginning with...
Read more