Blog - Latest News
You are here: Home / More from the Crypt / Need to Stream Some Fine Horror Content? Shudder’s Got You Cover...

Earlier this week we released a list of 25 recent, and awesome, horror films for you to stream and where to find them so that you all have some gruesomely fun films to watch during this quarantine (you can check that by clicking here). If you read the list, you’ll see that a good deal of them are available on AMC Network’s horror streaming platform Shudder.

Well, our pals at Shudder have you guys in mind as well. For those who aren’t already subscribers, Shudder has announced that they’re offering a 30-day free trial to help out with the boredom! All you need to do is head to Shudder.com and enter the promo code SHUTIN at sign-up; how cool is that?

Overwhelmed by the choices they have to offer? I wouldn’t be surprised, they have a ton of great content – but never fear! If you trust my judgement, which I hope at least some of you do by now, I’ve compiled a list of my favorite films that are currently on Shudder below; the ones in italics are films that have appeared on my “best of the year” lists over recent years. 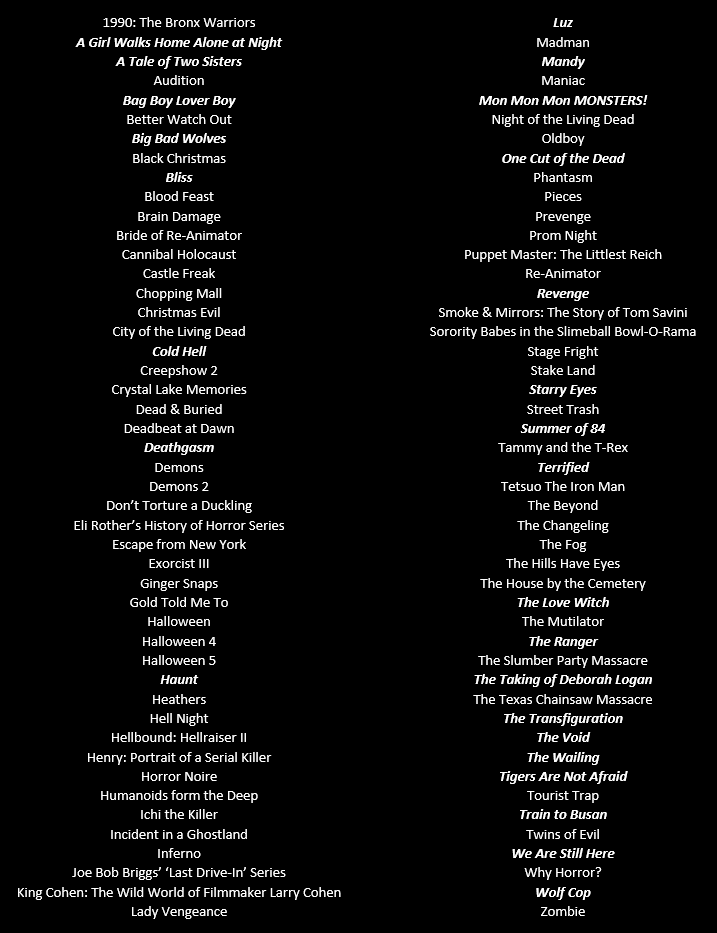 Shudder's 'Cursed Films' Director Jay Cheel: The Horror News Network Interview
Shudder Celebrates 'Halfway to Halloween' this April With a Pumpkin Full Of Premieres
25 Movies To Get You Through The Quarantine
First Season of 'Creepshow' Will Air on AMC
Horror News Network’s Best Horror Movies of 2019: Larry’s Top 3 Picks
Top 19 Horror Films of 2019