Once again there is proof they aren’t toys, they’re action figures! Especially for the lineup from NECA that is seeing a release this year for seven inch figures of Friday the 13th Part VII: A New Blood‘s Jason Voorhees, Ghostface from Scream and a new lineup of the company’s “Toony Terrors” that features six inch tall figures also including Ghostface, the Creep from Creepshow, Ash Williams from Evil Dead 2 and Michael Myers from Halloween II. The announcement comes from the company’s San Diego Comic Con@home panel which went from Friday, 7/24 through Sunday, 7/26.

Coming in December, much to fans of the series’ surprise, is the “Ultimate” Jason from The New Blood figure which includes a slew of accessories such as two interchangeable heads which are masked and unmasked and weapons that are an axe, knife, machete, scythe and the bladed weed whacker among others.

The detail and accessories capture the character that was the first entry for series veteran Kane Hodder’s portrayal. 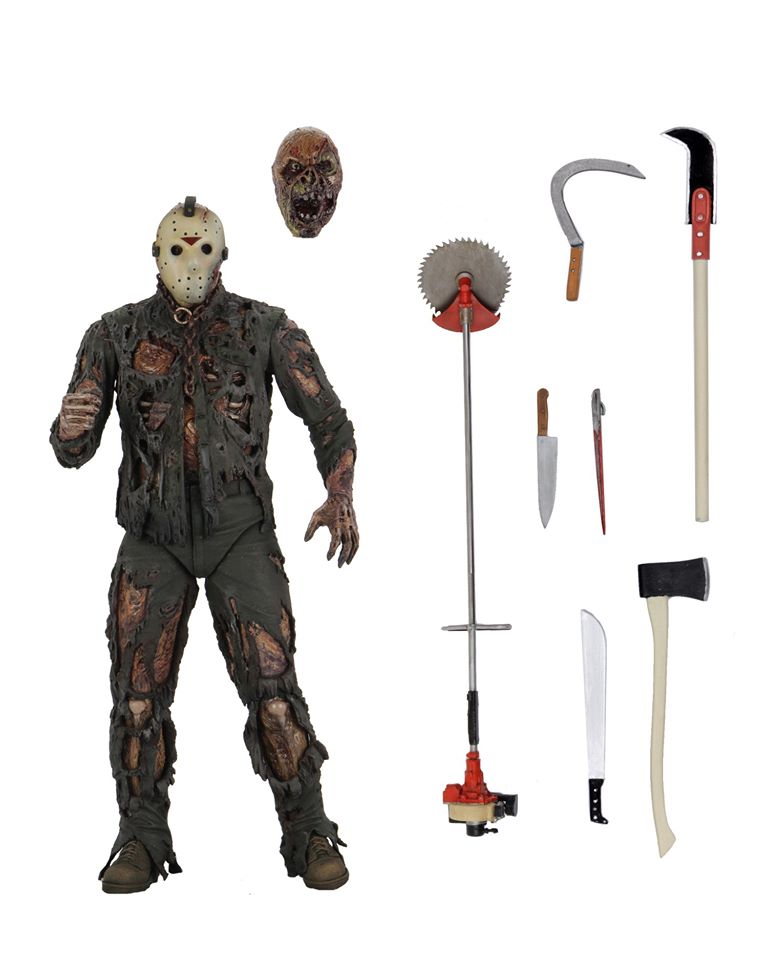 Fans will be SCREAMing for Ghostface who will get an “Ultimate” version as well which features four heads that can be swapped. All of which are of the iconic mask from the film series in different versions that are fresh, bloody, decaying and glow-in-the-dark that are placed above the character’s iconic black robe. Weapons this one includes are a scythe that was used in the television series on MTV, along with three different of knives that are bloodied from fresh kills in the films.

The figure with all the parts included encompasses how the many killers who donned the mask and robe went to slay their victims. 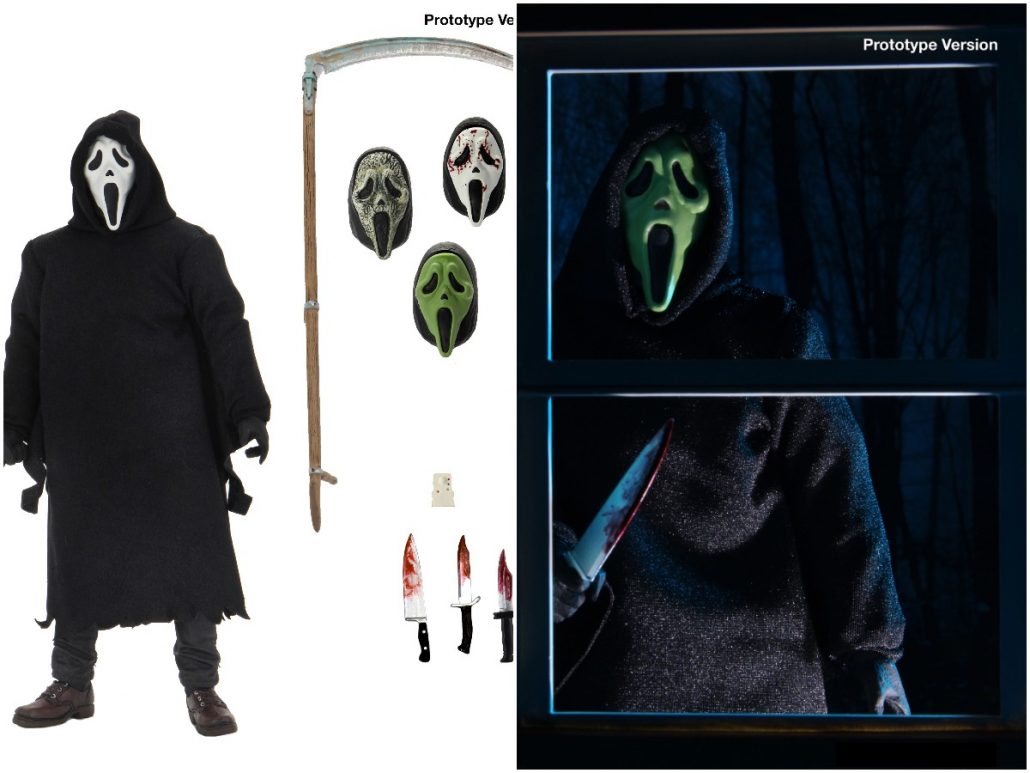 The Toony Terrors lineup features Ghostface going for the attck with a knife, the Creep is beginning to tell the tales with a lantern, Ash bloodied up after slaying some deadites with the classic chainsaw hand, Michael Myers holding a bloodied knife and crying tears of blood after being shot by Laurie Strode. All of these can be seen here:

2020 is looking like an exciting year for NECA’s release schedule of horror figures. Check back soon for more!

NECA revealed the complete packing for their upcoming Friday the 13th Part VII – The New Blood Jason Voorhees action figure. The front of...

With yesterday, 4-26, being “Alien Day”, video game developer, Cold Iron Studios revealed a sneak peek at some of the environments in their upcoming...

Novel Based On ‘Alien 3’ Draft Due Out This Summer

For those Alien fans still wondering what might have been if William Gibson's draft was actually filmed for Alien 3, a new novel may slake your thirst. Gibson--the accomplished...