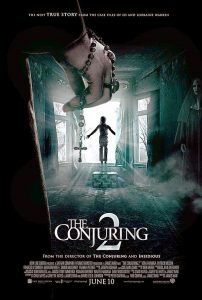 The undisputed horror box office champ was The Conjuring 2.  James Wan’s sequel to his 2013 film that showcased the further adventures of renowned ghost hunters, Ed and Loraine Warren, raked in $102.5 million domestically, and $320.2 million worldwide.  The largest foreign market happened to be Mexico, where the Conjuring 2 made $20.5 million.  Although the film was not the critical success of Wan’s first film, it appears like there is no stopping this franchise, whether Wan returns to the director’s chair or not.

The year’s second biggest horror hit of the year was Fede Alvarez’s Don’t Breathe.  Bolstered by excellent reviews, positive word-of-mouth, and a virtually competition free August and September, Don’t Breathe raked in $89.1 million domestically and $152.8 million worldwide.  To no one’s surprise,  a sequel was recently announced by Alvarez to capitalize on the box office and the upcoming blu-ray release.

One of the most unlikely hits in terms of box office was Eric Heisserer’s Lights Out.  The low budget ($4.9 million) ghost story captured the late July box office bringing in $67.3 domestically and a healthy $148.8 worldwide.  In a similar fashion to Don’t Breathe, Lights Out was also ale to take advantage of a string of high profile sequels and non-starters that flopped at the box office (principally, the much derided Ghost Busters reboot that debuted in mid-July). 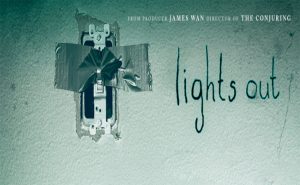 Compared to 2015, 2016’s horror films greatly outperformed the previous year at the box office.  Only one horror film from 2015 (Insidious 3‘s $113 million total) was able to break the $100 million dollar worldwide ceiling. In comparison, 2016 had six films cross the $100 million dollar barrier (in addition to the previously mentioned films, Purge Election Year, 10 Cloverfield Lane, and the Shallows all made more than Insidious 3).

This year’s bumper crop of box office hits may have included even more if two highly anticipated horror films didn’t “die” at the box office.

The chief culprit came in the form of Adam Wingard’s Blair Witch.  The hype surrounding the film after the reveal at the 2016 San Diego Comic Con got fans excited and also led to many companies pulling their films away from its’ September 16th release date.  In hindsight, those companies should not have changed a thing, as Blair Witch only made $20.7 million at the box office.   The film, which suffered many negative reviews and even more negative fan reaction (an abysmal Cinema Score of D+), was D.O.A. on opening weekend and never recovered. 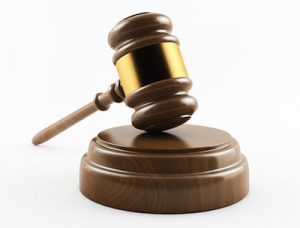 Ironically, one of the films that moved off of the September 16th date also turned out to be a huge disappointment.  This film, Rob Zombie’s 31,  only screened in 14 theaters nationwide aside from the carnival barker style roll-out of the two “special Fathom Events”.  In total, the film made only $779,820 dollars, primarily through the Fathom Events sales.  Luckily for Zombie, the film was “crowd-funded” so any return was “gravy”.  There is no word of a class action suit by the backers (fans) at this time, but for anyone who saw the film, this would come as no great surprise.

Stay tuned for coverage of 2017’s slate of horror films and predictions of their financial prospects at the start of the new year!

Bloodshot finished in third place at the weekend box office amid ever-growing fears of the global spread of the Corona Virus, leading to the...
Read more

In what has been a dismal season for the financial prospect of horror films, Brahms: The Boy 2 established a new low at the...
Read more