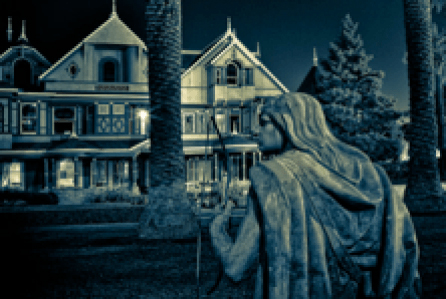 Michael Spierig and Peter Spierig (Daybreakers, Predestinaton) are attached to direct Winchester. The supernatural thriller is based on the infamous Winchester House of San Jose, CA.  The pair wrote the script as well.

The story is centered around the heir to the Winchester firearms fortune Sarah Winchester, whose husband and child past away suddenly.  She believed she was cursed by the legacy of “gun that won the west” and proceeded to consult a medium. After the meeting, she began construction of the massive mansion that became famous.

Imagination Design Works, which has rights to the mansion, endorsed and developed the film, in addition to allowing filming on the premises.

Staff Writer at Horror News Network
Lynn Sorel has been writing for Horror News Network since September 2014. You can catch up with her on Twitter at @gothicmermaid13. Read her full bio on our About Us page.
http://www.horrornewsnetwork.net/wp-content/uploads/2016/05/winchesterfilm.jpg 299 446 Lynn Sorel http://www.horrornewsnetwork.net/wp-content/uploads/2016/05/HNN-logo.jpg Lynn Sorel2016-05-10 21:08:192016-05-10 21:08:19Michael Spierig & Peter Spierig to Direct WINCHESTER
0 replies