The spooky, sultry and sexy Elvira–as much a part of the Halloween scene as pumpkins, haunted houses and slasher movies–is now (more than ever) a real doll!

At this past weekend’s Mezco Con Fall 2020, Mezco Toyz announced that the Mistress of the Dark had joined the ranks of the company’s Living Dead Dolls collection, as reported by toynewsicom.

The new doll–as shown in the photo on this page–is obviously inspired by the iconic horror hostess, sporting her signature black dress, distinctive hairstyle and no-nonsense dagger.

Details on price, release date and availability were not announced as of this writing, but more information will, no doubt, be offered soon.

The Elvira persona began her macabre reign as the Queen of Halloween back in 1981 as the hostess of a Los Angeles horror movie-themed TV show. She graduated to the national stage with the feature films Elvira: Mistress of the Dark (1988) and Elvira’s Haunted Hills (2001).

Created by writer/actress Cassandra Peterson, the character has made hundreds of film, television and live appearances and has been the face and form of more than 1,000 licensed products.

Keep reading Horror News Network for all future appearances–both live and in product form–of Elvira, Mistress of the Dark. 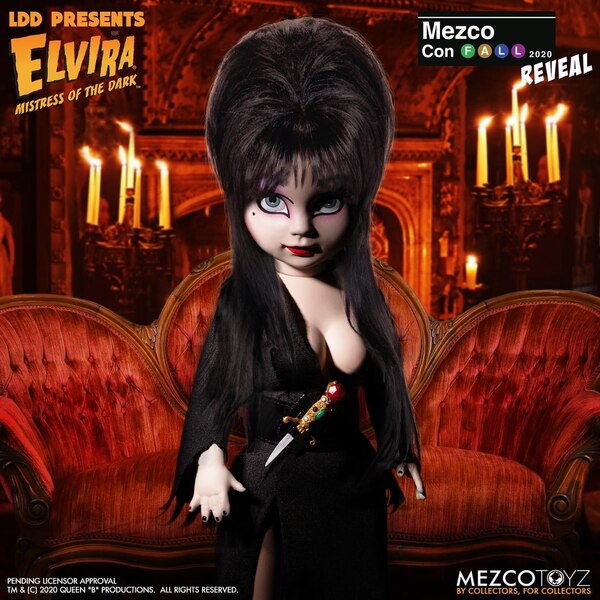 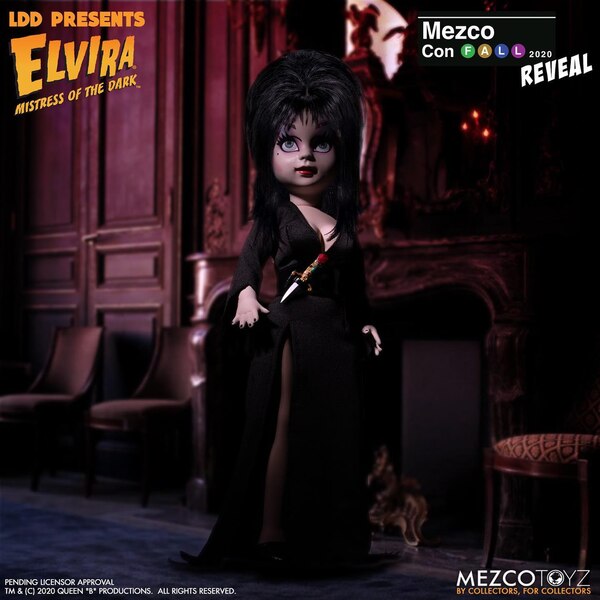 Can you hear the chainsaw getting closer? Mezco sure hopes so as they have announced that a new Leatherface figure will join their One:12...
Read more

Dynamite And Elvira Team On ‘Elvira: The Omega Ma’am’

This fall, with the help of fans, Dynamite is prepped to deliver Elvira: The Omega Ma’am, a 48-page comic event created by Elvira and...
Read more