While several huge comic book collectibles were announced (including One:12 Collective versions of Superman and the Fantastic Four), horror fans had plenty to be excited about after Day 1.  Here are the highlights:

Revealed at the 3pm Eastern hour was the first of two big horror surprises.  There have been many requests from the Mezco fans to obtain the license for The Crow, and create a Brandon Lee piece.  Well Mezco was listening, and made sure to not disappoint.  Check out the pictures for the The Crow One:12 Collective, complete with multiple heads and impressive soft goods clothing.  This is still pending licensor approval, and as such no release date has yet been provided. 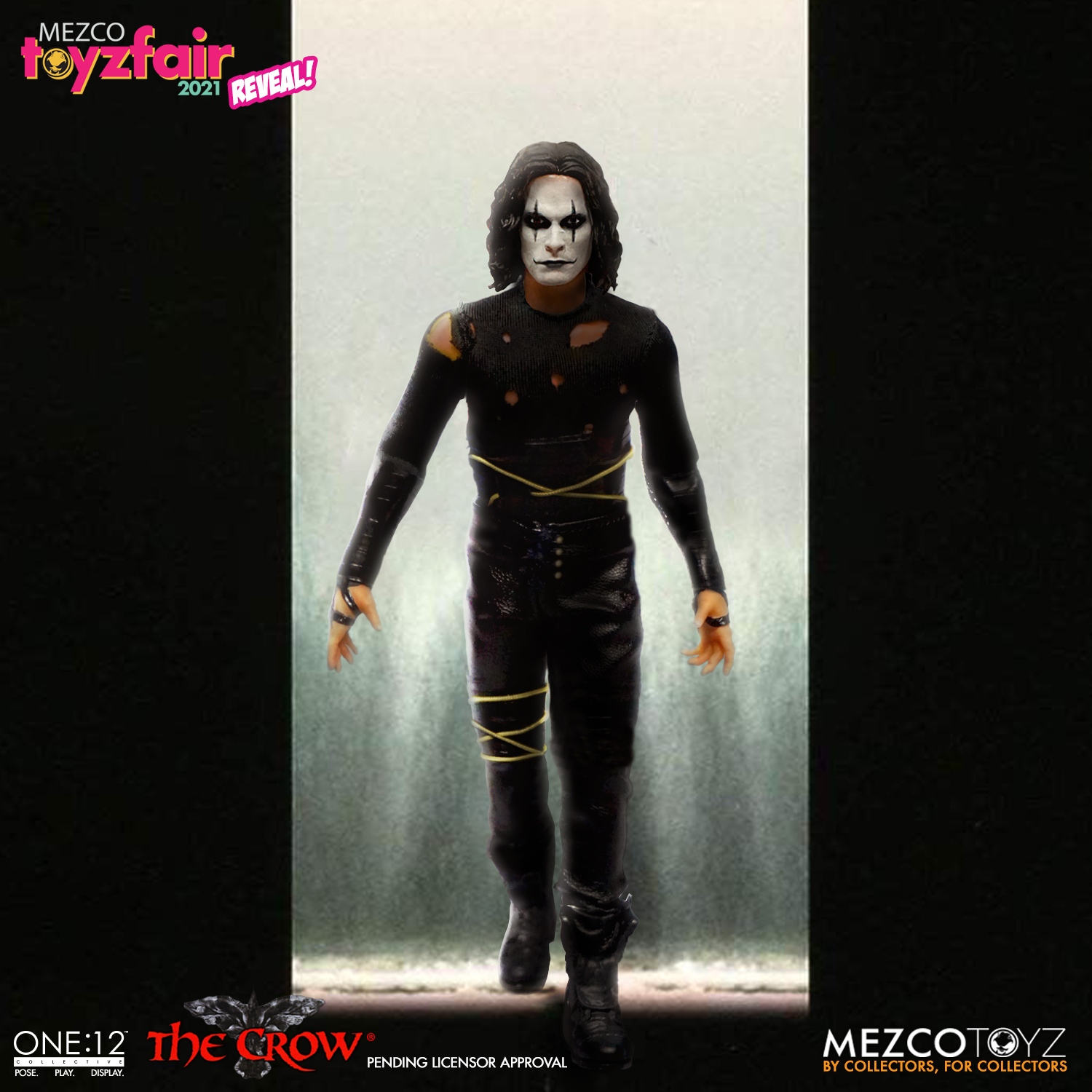 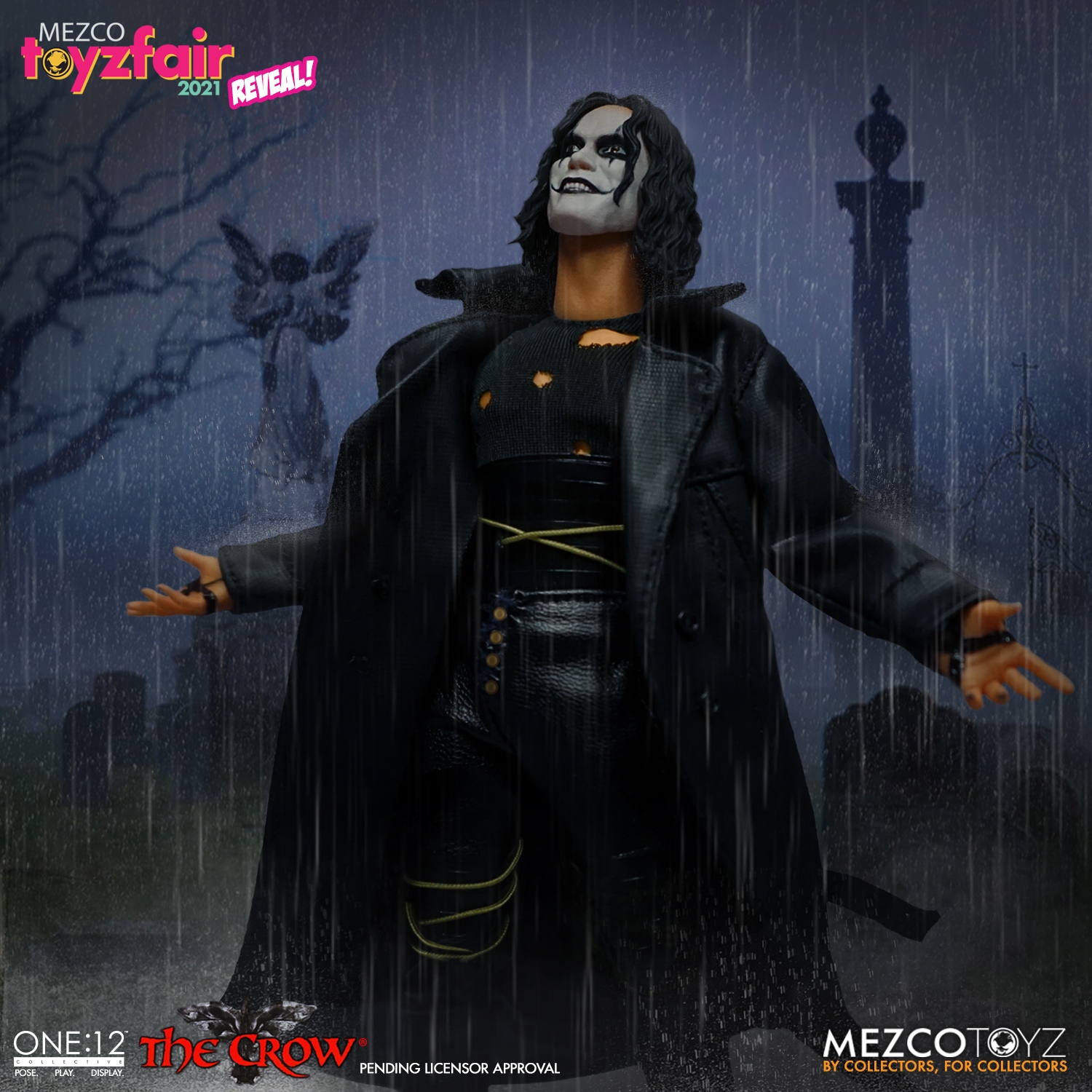 Mezco has already released a One:12 Collective version of Michael Myers from Halloween (1978), but as everyone knows the Michael from part II just seemed…..different.  The designers did a great job of capturing the essence of the Shape’s second film.  The clothing is further frayed and the hair a bit shaggier but our favorite part…..the head sculpt with the bleeding eye holes.  If you look closely you can see the actual eyes of the Boogeyman peering through the darkness.  Impressive!  The only thing missing are the bullet holes, since Dr. Loomis shot him an indiscriminate number of times (I believe it was 6?).  No street date was included with this reveal, but whenever it drops I will be ready with wallet open…. 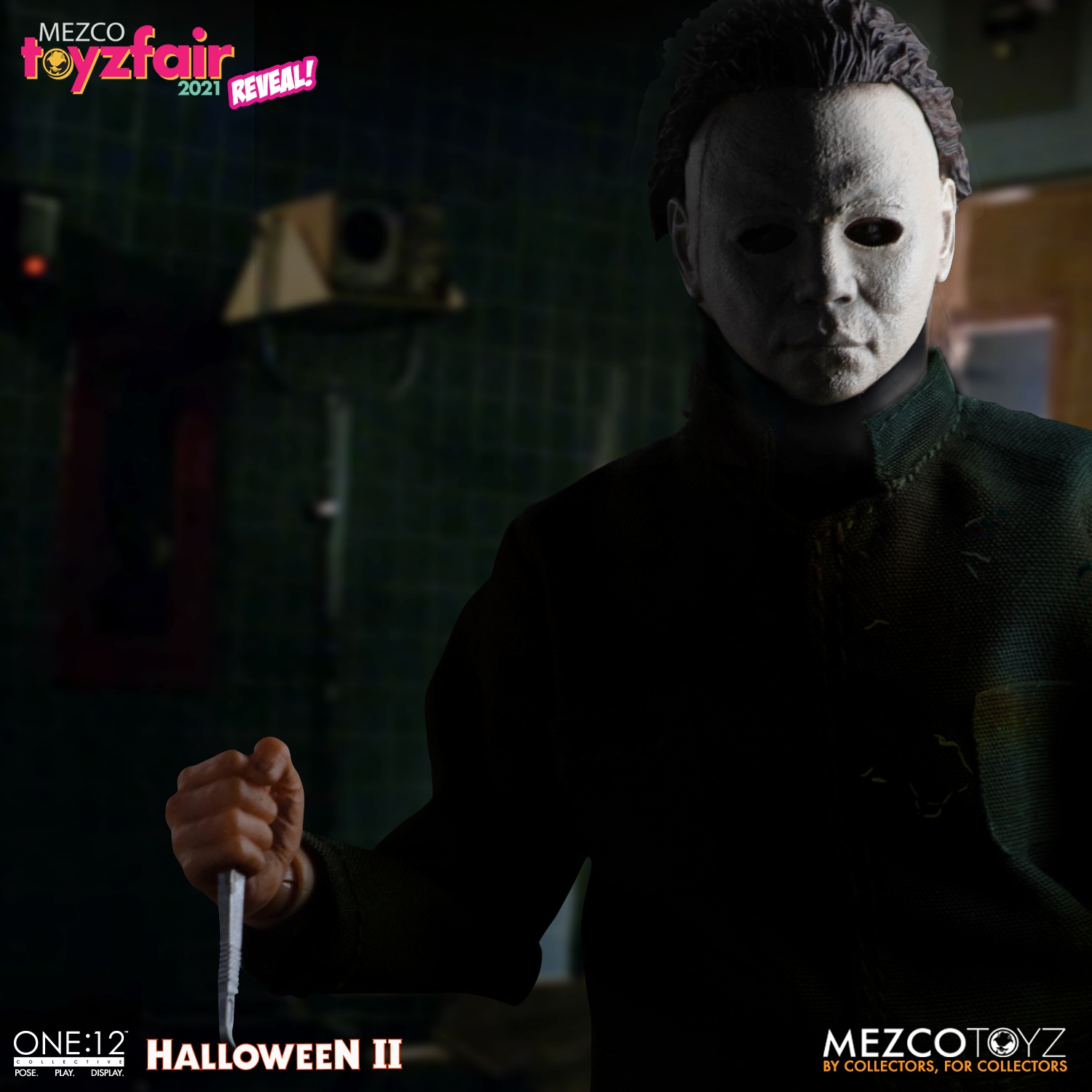 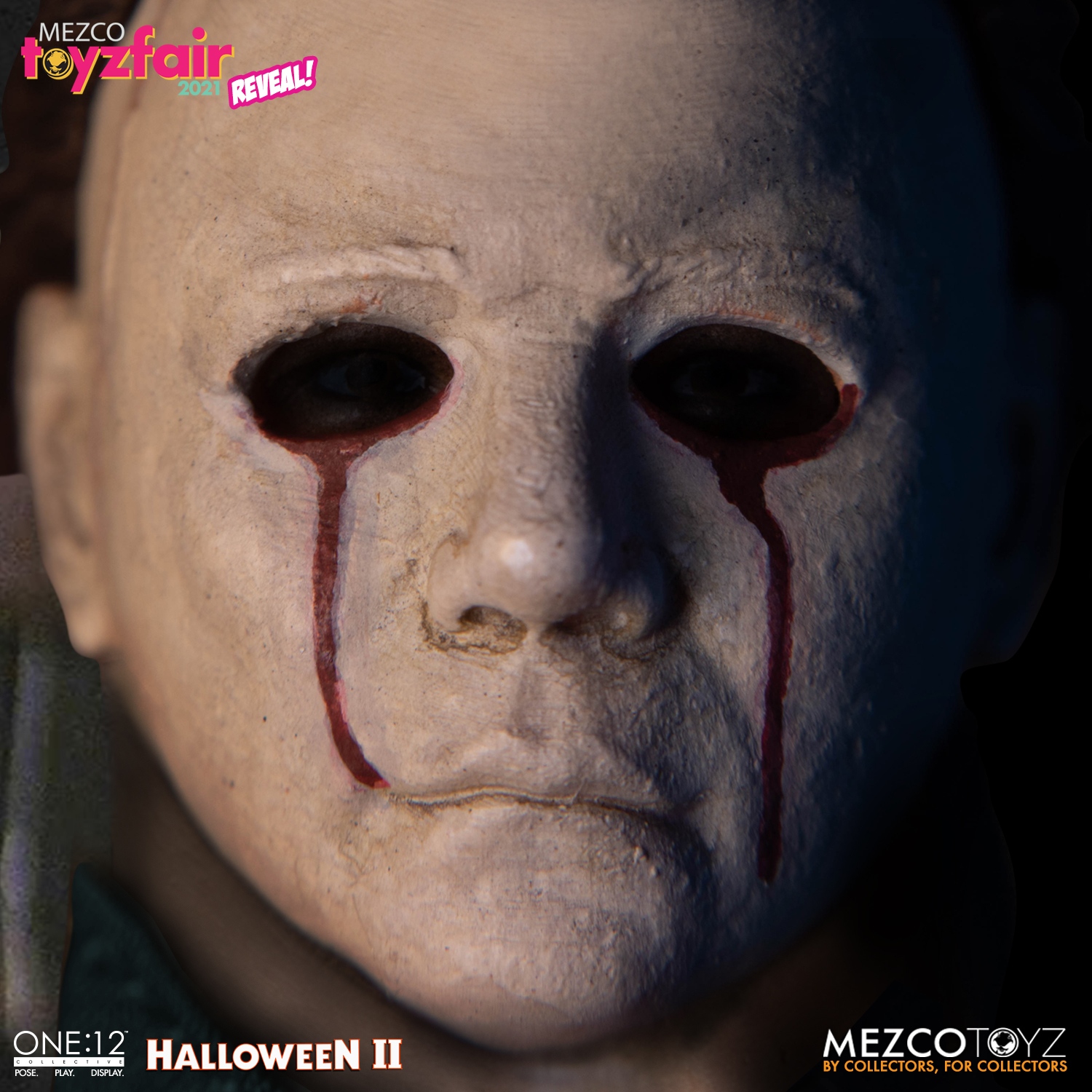 Stay tuned to HNN for the horror highlights of Day 2 of Mezco Toyz Fair 2021!!