The team over at Mezco announced their latest killer set in the 5 Points line, now available for pre-order.  Mezco’s Monsters will bring you back to the early 1980s, when Remco first released their spooky line of Universal monsters complete with an eerie lab playset.  While this was our first introduction to the horror icons in 3 3/4″ form, the Mezco’s Monsters line gives it a major upgrade in both style and detail.

Included in this line are the ghouls we all know and love:  Dracula, Frankenstein’s Monster, Werewolf, Sea Creature and Mummy.  Along with the figures, a scarily-detailed “Tower of Fear” playset is included which includes a multitude of accessories (see below) to use within the diorama.  And of course…..the monsters are to scale for all of your display and figure-photography needs.  Now you can recreate all of those classic scenes where every Universal monster icon appeared on screen together….which would be only The Monster Squad, of course.  But this set will provide hours of entertainment, even for the younger-than-15 crowd!

Here are the highlights:

The Mezco’s Monsters line and 18″ Tower of Fear castle playset are available now for pre-order over at Mezco’s website (https://www.mezcotoyz.com/5-points-mezcos-monsters-tower-of-fear) and will ship between March and May of 2022.  Have fun! 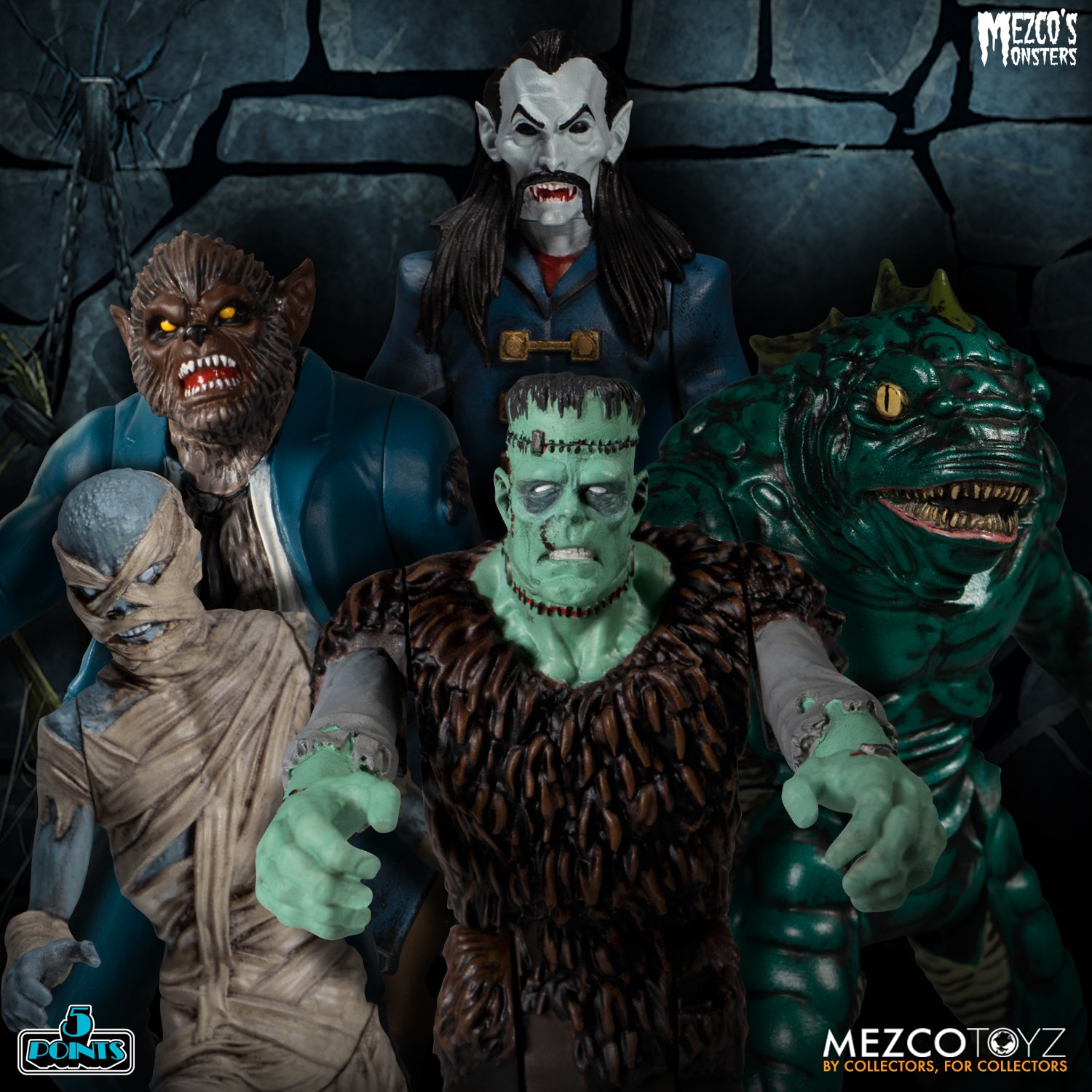 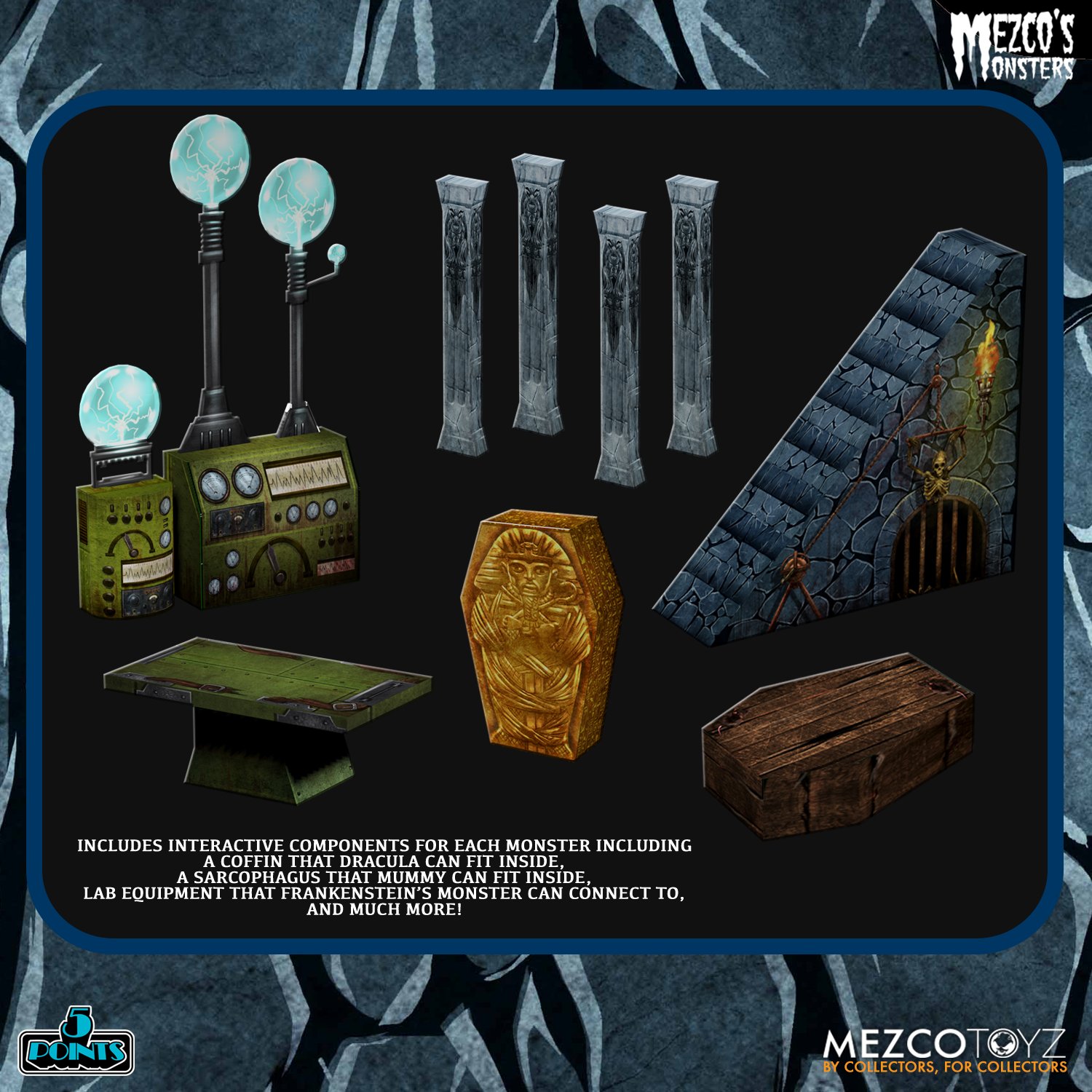 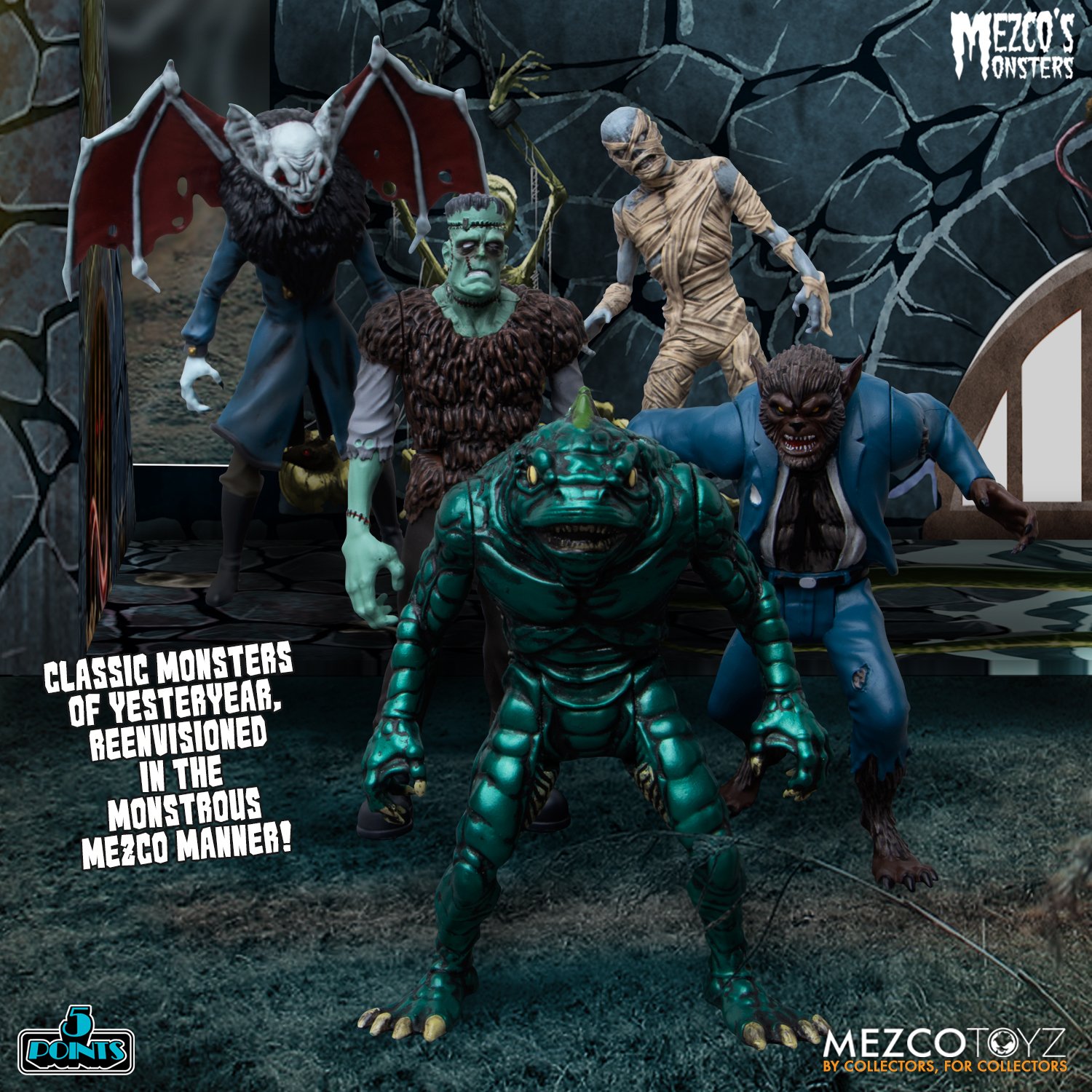 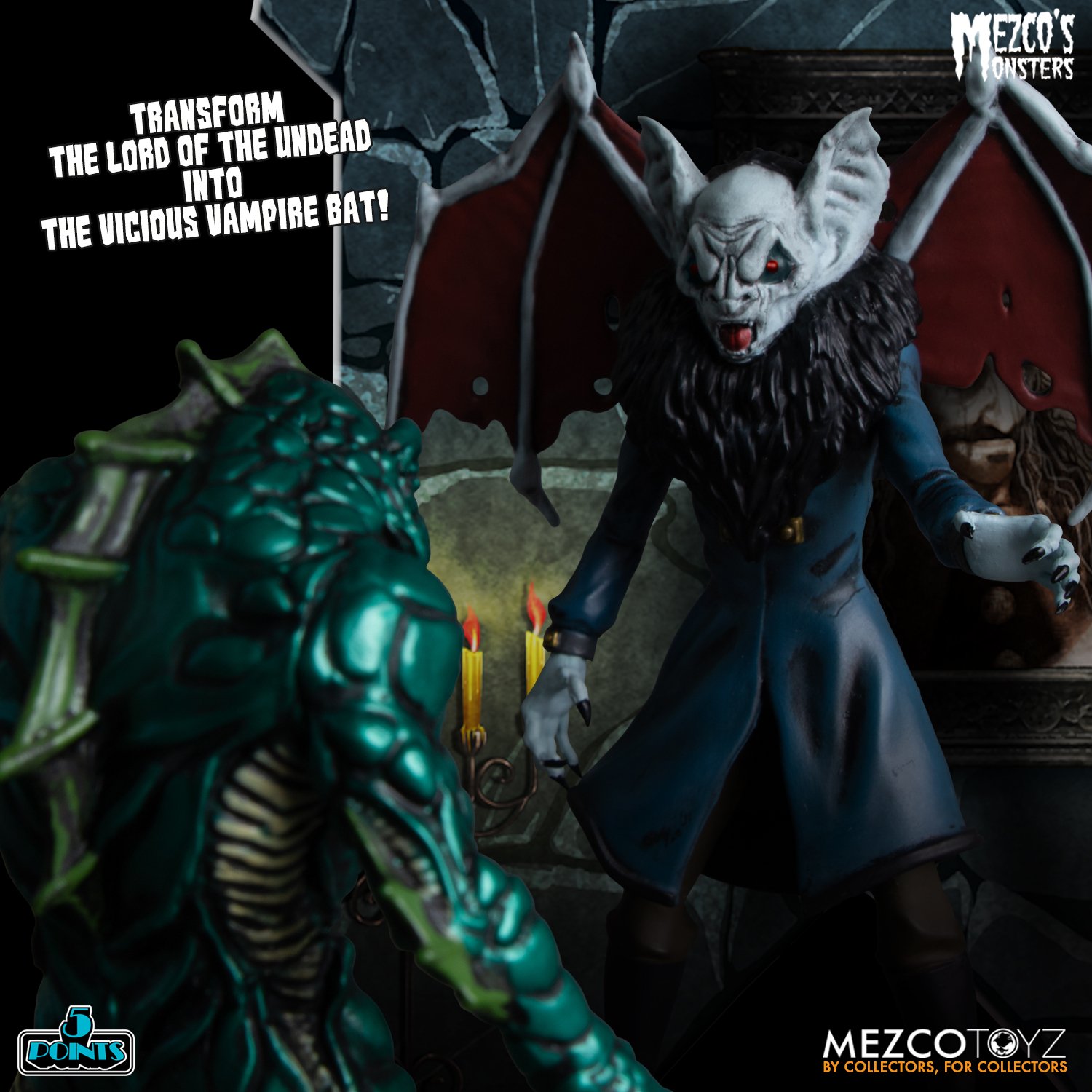 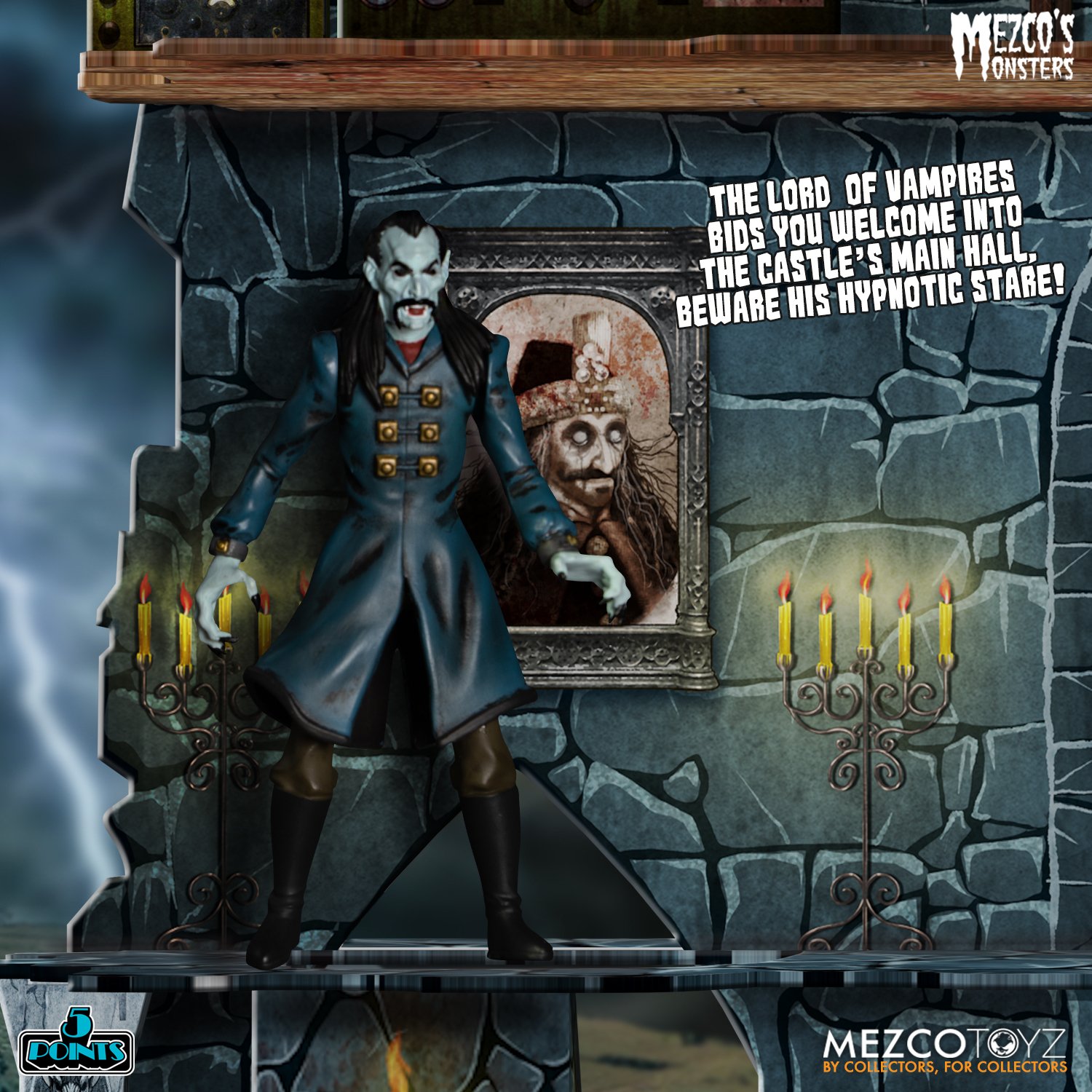 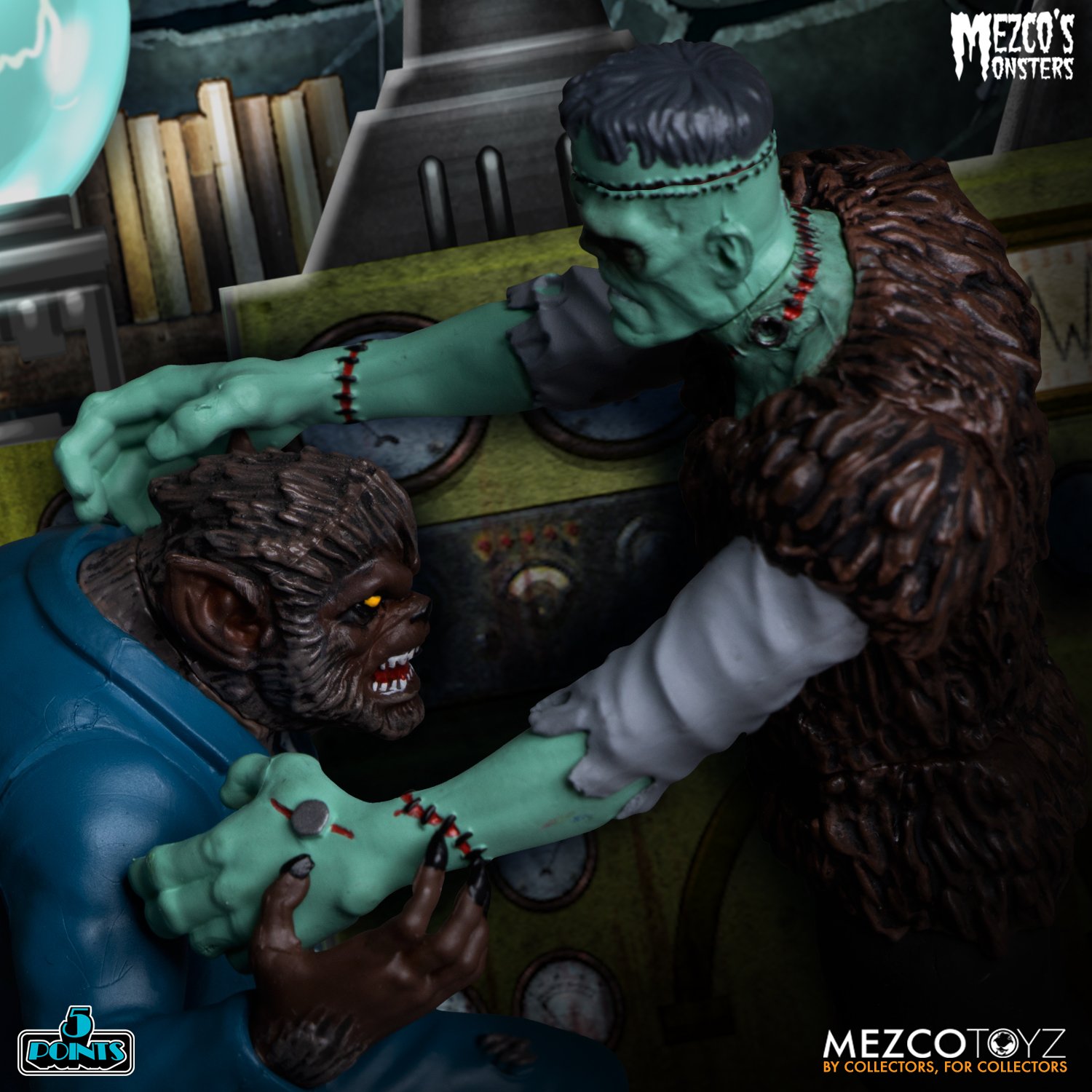 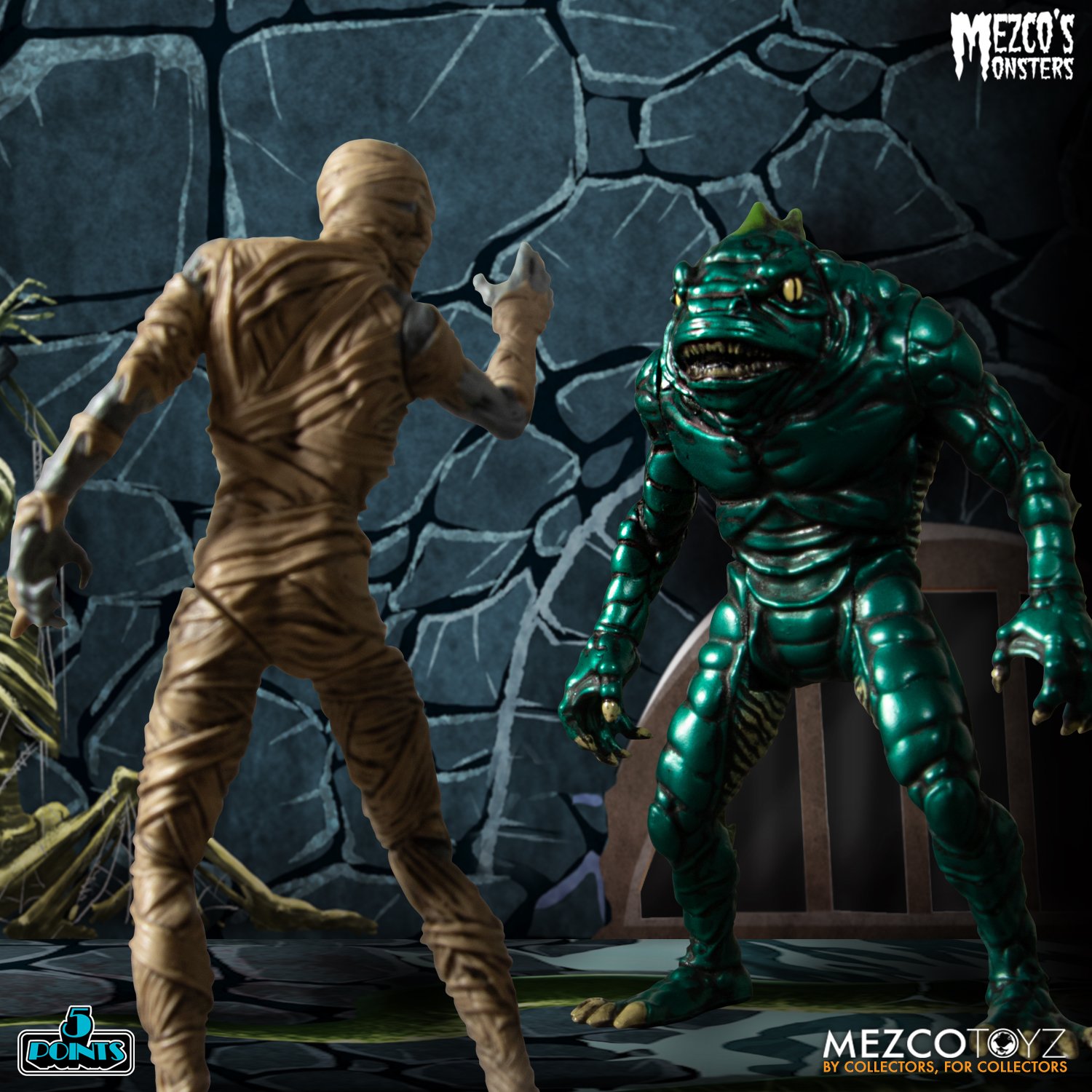 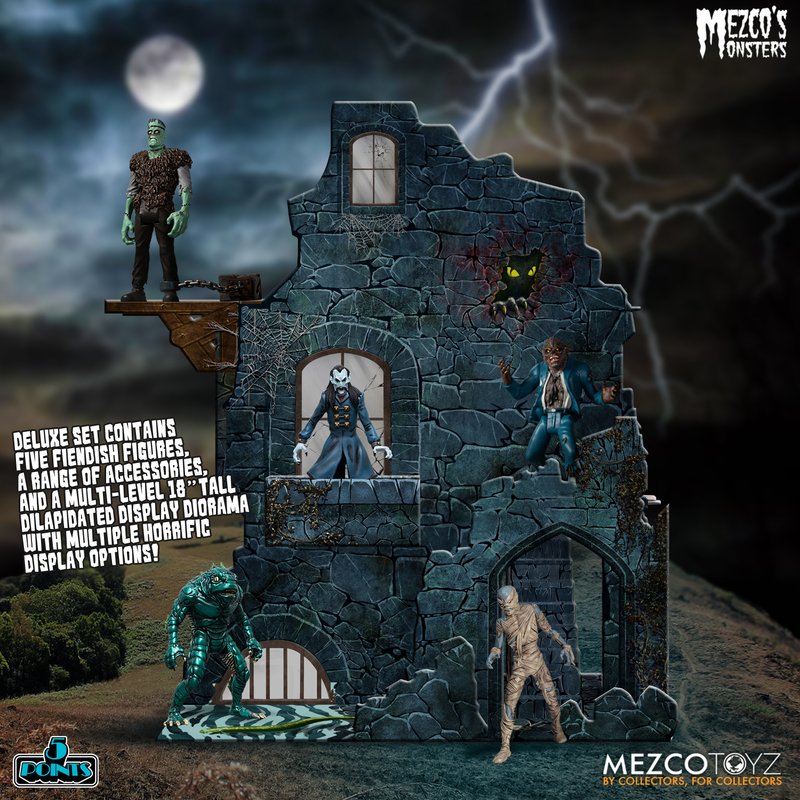 Giddyup, bloodsucker! With all the reimaginings of Bram Stoker's iconic 1897 Dracula novel floating around, having the Vampire Lord riding a horse in a Wild West setting...

The team at Mezco is ready to reunite Chucky with his main girl.  The innovative toy company announced that the Tiffany MDS Mega Scale...