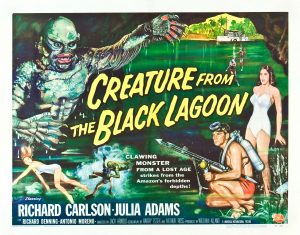 We are just a few weeks away from Connecticut HorrorFest 2016! One of our featured guest is truly a living legend.  Ricou Browning played The Gil-man in The Creature from The Black Lagoon (1954) as well as its sequels, Revenge of the Creature (1955) and The Creature Walks Among Us (1956).  He is last living actor to have played a classic Universal Monster. Beyond playing the Gil-man, Mr. Browing is an accomplished director and choreographer.  He directed the the iconic underwater fight scenes in the James Bond films Thunderball and Never Say Never Again.

Let’s take a look at the Creature in action!

Meet the Creature form the Black Lagoon himself, Ricou Browning, at CT HorrorFest on Saturday, August 27th at the Matrix Conference Center in Danbury, CT. 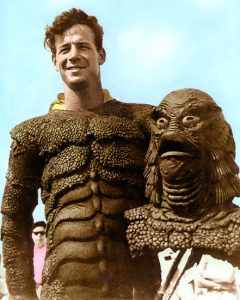 Universal Pictures is all set to continue its "monstrous" theme into the new year--and Channing Tatum and his producing partners are on board for...
Read more

Here comes the bride--of Frankenstein, that is--just in time to celebrate the 85th anniversary of the Universal Pictures horror classic with two releases fans...
Read more

As a box office disappointment turned legendary cult classic, 1987's The Monster Squad's extensive story will finally be told to a wide audience with...
Read more

LEGO is set to unleash a special treat for horror fans this fall with their release of a licensed Universal Monsters Frankenstein figure. This...
Read more