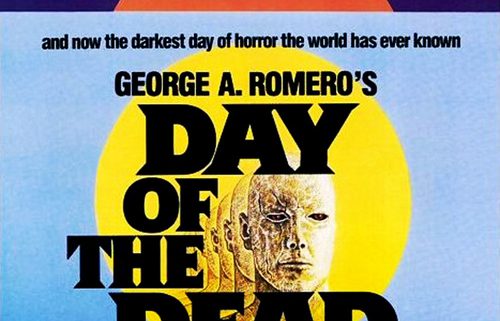 Our Kill of the Week involves one of my new best buds- Gary Klar and his death in Day of the Dead (1985)!

THE PLOT: In the third installment of George R. Romero’s “Dead” series – a group of scientist and military personnel – attempt to defeat the zombie apocalypse.

THE KILL: Pvt. Steele accepts defeat by blowing his own brains out!

Yours truly with Gary Klar at CTHorrorFest14