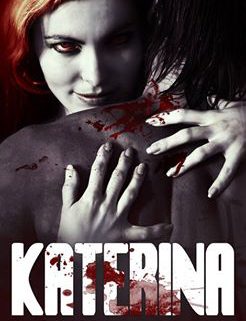 Writing a literary work in which the narrator is an unpleasant person is always a gamble. The writer needs to stay true to the character and his/her point of view and yet if the character’s thoughts and actions are too hostile and disturbing, then the reader may be alienated from the work and not become immersed in it (just ask Bret Easton Ellis and Patrick Bateman).  Author Erik Hofstatter strikes just the right balance of disgust and intrigue in his novella Katerina. The story opens with an extended self-inventory of the sexual experiences of the narrator expressed in the most crude and nasty way possible. Clearly, this character has issues with woman and these issues are explored through his initial encounter and subsequent obsession with “Ginny,” a mysterious prostitute with feral behaviors. Hofstatter’s brutally honest depiction of not only a prostitute’s life on the streets but also the borderline sociopathic world view of the narrator make for compelling but very uneasy reading. As the story unfolds, the narrator’s own insecurities and anxieties are projected onto Ginny, and she becomes not only the receptacle for his sexual desires but also for his need to exert control, power, and dominance in his life, personified by his interest in medieval weapons. The horrors in Katerina are the horrors of a dead end world that can only find excitement and meaning in anonymous sex, misogyny, and a vain preoccupation with the body. Masculinity in Katerina is only validated by traditional male tropes like working out, degrading women, scoring with a chick, and then bragging about it afterwards, while femininity is used and abused in a cynical, business-like fashion.  And yet, for all her weird tendencies and demeaning existence, “Ginny” is a much more alive and exciting character than the narrator or his dead souled buddy as her primal energies survive and adapt even in the midst of hellish conditions. Erik Hofstatter’s writing is not pretty and he certainly doesn’t pull any punches, but that’s what makes Katerina such an absorbing work.