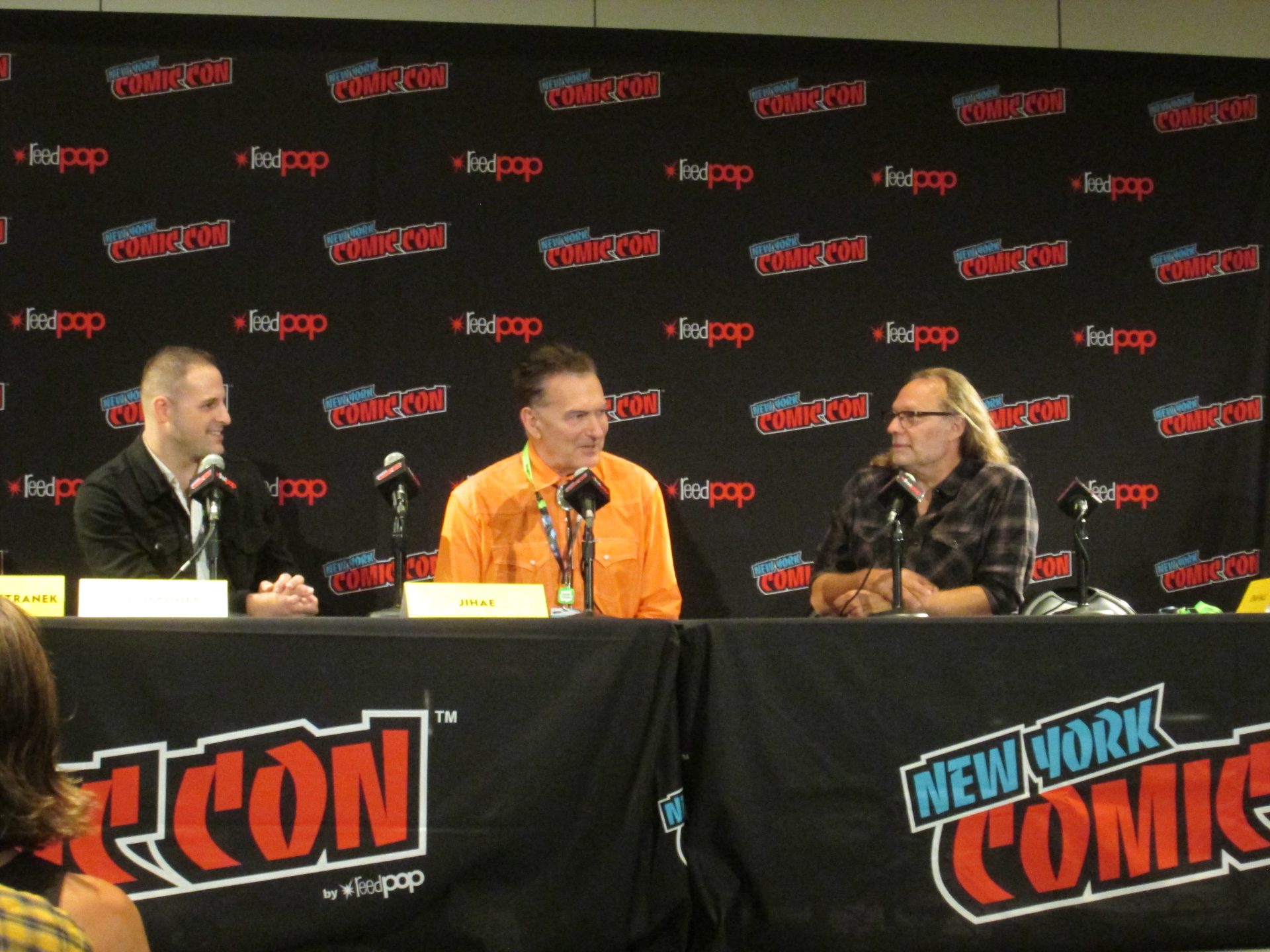 The always entertaining host confirmed that his next Shudder marathon (entitled “The Dinners of Death”) will take place on Thursday November 22. The Thanksgiving themed event will also include Brigg’s favorite film which he “…has never been able to host.”  Briggs wouldn’t give any other information about the mystery title, but the host did say that it is one of the films on the “too grisly for pay cable” list.

Briggs will continue the holiday theme for his next Shudder special called “A Very Joe Bob Christmas”, which will air on Friday, December 21st.  Briggs stated that the films for this marathon will “…not be the predictable ones.  These are the films that I think think you should be watching at Christmas.”  Briggs also teased cameos on the marathon by “two iconic guests” and mentioned that both of them have “action figures made of them.”

Briggs said that he was surprised and happy with the enthusiastic response to his first Shudder marathon, July’s “The Last Drive-In”, and that he enjoyed giving people the opportunity to have a communal experience while watching the movies.

Stay tuned to Horror News Network for further updates about these two “appointment television” events, only available on Shudder.