Fresh off of his unorthodox portrayal of The Joker in 2016’s Suicide Squad, Oscar winner Jared Leto is going back to the comic book well once again.  Leto has signed on to tackle the role of Spider-Man villain/anti-hero Morbius in the upcoming Sony film of the same name.  This film is Sony’s latest attempt to spin-off of Spidey’s popularity with a feature film based on a secondary character.  The studio teamed up with Marvel Comics earlier this year with the release of the Tom Hardy vehicle Venom.

Leto, who won an Oscar for 2013’s Dallas Buyers Club, continues his tradition of taking on eclectic and non-conventional projects.  In addition to the Batman villain, he has played a number of interesting and difficult roles including Mark David Chapman (Chapter 27) and Harry Goldfarb (Requiem for a Dream.)  Here he will tackle Morbius the Living Vampire, who is the alter-ego of Dr. Michael Morbius.  Morbius (who first appeared in 1971’s Amazing Spider-Man No. 101) suffered from a rare blood disease, but an attempt to cure himself instead transformed him into a big-fanged, blood-thirsty vampire.  While the doctor spent most of his early existence fighting the teenage webslinger, he would later become a hero in his own right and would go on to headline several comic titles.  The part-goth, part-superhero mystique seems right up Leto’s alley.

Morbius represents another Spider-Man character spin-off attempt by Sony, which will reportedly also include an upcoming Back Cat and Silver Sable movie.  Sony has announced that Daniel Espinosa (Safe House) is attached to direct the film.  It will be based on a script by Burk Sharpless and Matt Sazama, the team behind Netflix’s recent Lost in Space series reboot.   While Spider-Man has been featured recently in Disney’s Marvel Cinematic Universe (and portrayed brilliantly by Tom Holland), this news at least leave the door open for the iconic superhero to return to his Sony/Fox home eventually.  Interestingly enough, the Morbius character was set to make his feature film debut in 1998’s Blade, but those scenes would eventually be cut from the final film.

With Leto now locked up to star in Morbius, the long-rumored project is one step closer to being realized.  No further details have yet been released regarding pre-production, but keep tuned to HNN for more news on this film as it breaks! 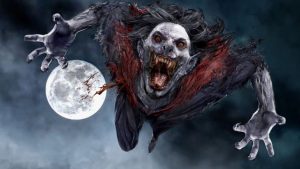 The folks at Naughty Dog are doing everything in their power to keep trolls from barking out spoilers for The Last of Us Part II...
Read more

We announced last Friday that Naughty Dog will be releasing weekly featurettes which explore their upcoming game, The Last of Us Part II, and...
Read more