Blog - Latest News
You are here: Home / Horror Movies and TV Shows / James Wan, Shawn Levy and Netflix Team up for ‘There’s Someone Inside You... 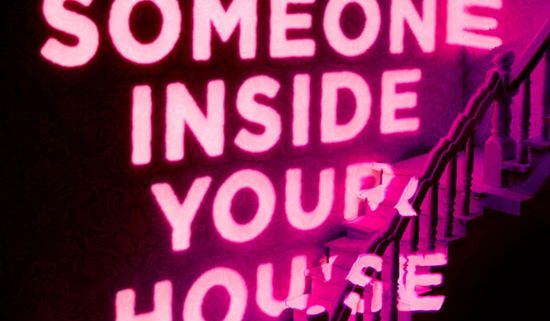 Deadline is reporting that James Wan’s company, Atomic Monster, is teaming up with Shawn Levy’s 21 Laps, who produced mega-hit Stranger Things, on the film adaption of Stephanie Perkin’s novel There’s Someone Inside Your House. The adolescent slasher film was picked up by Netflix, who reportedly outbid several others. With the screenplay by Henry Gayden, who penned the DC’s Shazam!, there is no director attached to the project yet. Wan, a master of modern horror best known for genre favorites Saw and The Conjuring, will not be at the helm for this project.

Perkin’s novel revolves around a young girl, Makani. While adjusting to new high school, she notices that her classmates start to die off in a series of brutal murders. While this may sound light and fluffy to horror fans, a strong female lead forced to face the darkness, and the class outcast all at the same time, may just what the genre needs.

Horror News Network will keep you updated as more information on There’s Someone Inside Your House is revealed.

Senior Editor at Horror News Network
Christine Bucci-Caprilozzi joined the Horror News Network staff in 2005 when the site was still ComicMonsters.com. She started as a Staff Journalist adding interviews, comic reviews and convention coverage. Christine is also the Lead Organizer/Director of the CT HorrorFest and is a firm believer in keeping the indie spirit of the horror community alive. You can follow her on Twitter @Christine_HNN.
http://www.horrornewsnetwork.net/wp-content/uploads/2018/03/inside-your-house.jpg 550 550 Christine Caprilozzi http://www.horrornewsnetwork.net/wp-content/uploads/2016/05/HNN-logo.jpg Christine Caprilozzi2018-03-16 17:25:042018-03-16 19:03:15James Wan, Shawn Levy and Netflix Team up for ‘There’s Someone Inside Your House’
0 replies