This September, IDW will help celebrate the 50th anniversary of an attraction that is near and dear to every horror fan’s heart: Disneyland’s home for “999 happy haunts”, the Haunted Mansion!

IDW will publish a brand new 72 page graphic novel by writer Sina Grace (Iceman) and artist Egle Bartolini (Disney Princess Comics) this September, which will feature some of  the world famous characters from Disney’s dark ride, including the ghost host, Madame Leota, the singing busts, the hitchhiking ghosts, and more.

Grace is excited to revisit the place that brought her so many good memories and “As someone who solemnly swears to have boarded a Doombuggy every Disneyland visit, I am utterly thrilled to join the 999 happy haunts with a story full of laughs, gasps, and a few surprises! The Haunted Mansion is one of the most iconic attractions in all of Disneyland, and I am so honored to be writing a tale commemorating its historic 50th anniversary.”

This is not the first time that the denizens of the Mansion have been featured in comics or graphic novels.  Amaze Ink produced a seven issue series from 2003-2005 (featuring some classic covers by Roman Dirge) and most recently, Marvel published the very popular five issue series by Josh Williamson and Jorge Coehlo.  Both series have also been collected as graphic novels.

The Haunted Mansion Original Graphic Novel will be available at finer comic book and book stores right in time for the Halloween season. 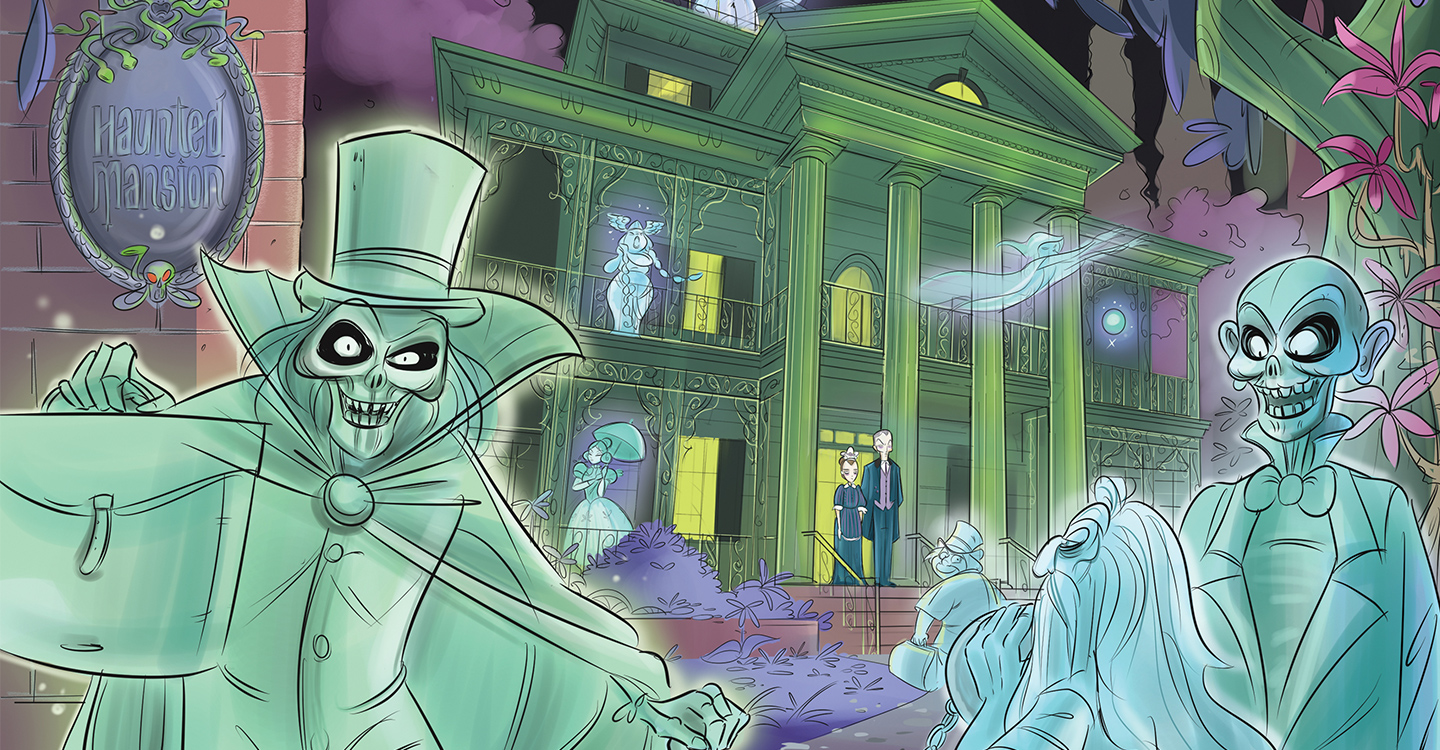 LeeAnna Vamp (SyFy's Cosplay Melee) describes herself in her new series Ghosted with LeeAnna Vamp as "an actress, cosplayer, and model" and after interviewing...
Read more