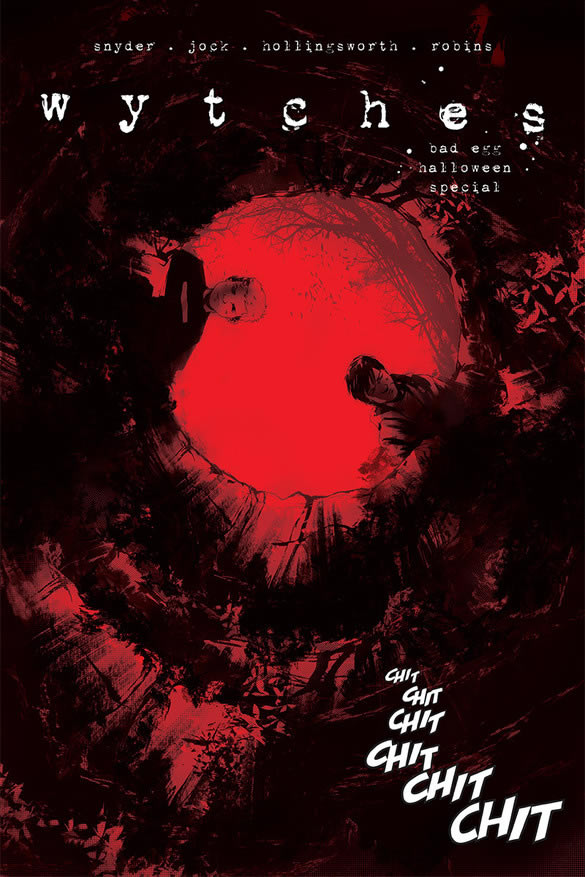 Horror News Network’s Award for 2018 One-Shot of the Year goes to Image Comics’ Wytches: Bad Egg Halloween Special. Released on Halloween, the book tells the tale of Seb and Jackson, two teenagers that are on the opposite end of an eternal struggle between Wytch hunters and Wytches. Their friendship is quickly tested and put to test once again as it will take a remarkable bond to survive the age-old blood feud.

Bad Egg collects the entire IMAGE+ magazine run and, for the first time, the 13-page, pulse-pounding conclusion plus extra materials. The issue reunites series writer Scott Snyder with artist Jock. The two long-time industry veterans craft yet another incredible chapter in the acclaimed horror series. Joining Snyder and Jock are Matt Hollingsworth on colors and Clem Robins handling the letters.

We will have more announcements regarding the Horror Comic Awards now through New Year’s Eve.