Horror News Network is proud to present our Best On-Going Series of 2017 Award to Dark Horse Comics’ B.P.R.D. The Devil You Know.

Many horror comic fans were upset to see the B.P.R.D. Hell on Earth series come to an end in 2016, with no sign of a return on the horizon, until last Summer’s joyous announcement that the tales of the B.P.R.D. would indeed continue.  The Devil You Know (co-written by Mike Mignola and Scott Allie, illustrated by long-time B.P.R.D. artist Laurence Campbell, colored by Dave Stewart, and with covers by Duncan Fegredo) picks up directly after the climatic defeat of the Ogdru Hem.  Unfortunately, the world that remains is just as dangerous as before, with a demonic threat never before witnessed in the Mignolaverse.

For those fans who wondered what could follow the Hell on Earth story line, they were immediately greeted with the return of many fan favorite characters from the previous series, the reunion of others who had been away far too long (Abe Sapien and perhaps other surprises), and villains that go back to the very first Hellboy comics.  This series is a long-awaited culmination of years of intricate story telling and continuity, not hampered by the modern fan’s obsession over minutia, but instead a reward for all of those who have been taking the journey with all of their favorite characters for these many years.

We are anxious to see where the Devil You Know takes us in the new year, and if it is anything like the start of the series, it is clear that fans are in for a real treat. 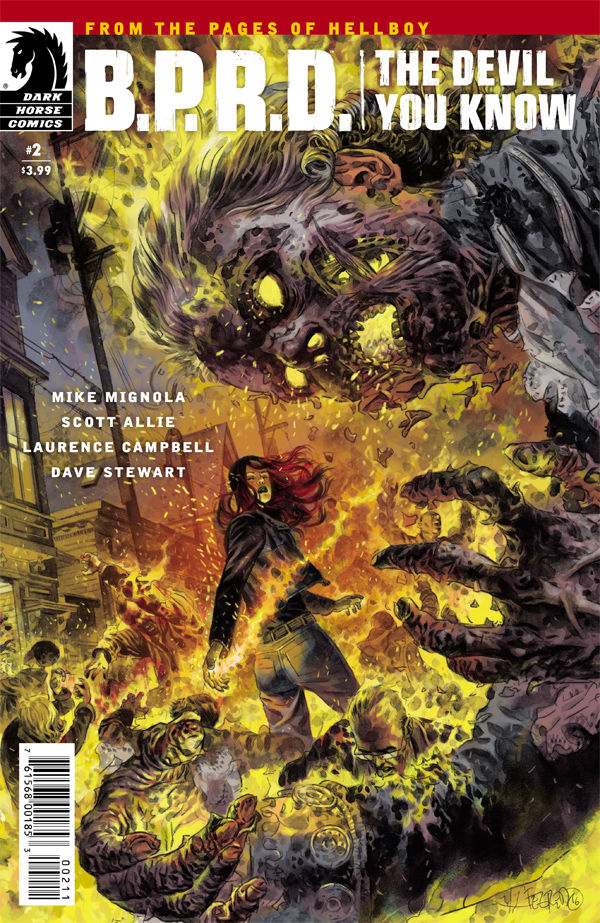