This is the second year in a row that The Black Monday Murders has taken the Best Limited Series prize, and with good reason, as it is one of the smartest, layered stories being produced in the medium today.  Written by Jonathan Hickman with art by Tomm Coker, The Black Monday Murders is “an elaborate story involving clandestine banking cartels, Russian vampires, Black popes, magical one-percenters, and more oddities in a world that resembles our own a little too much.”

Jonathan Hickman (most recently the architect of Marvel’s Secret Wars) writes the The Black Monday Murders with the same mind-bending aspects that he is known for, yet he always anchors the story in a believable setting.  The continuation of the search for answers by Detective Dumas in the second entry in the series, entitled “Unionized Labor”, broadens the world of the story, and also begins to provide answers that were only hinted at in the first story arc.

Artist Tomm Coker provides an additional “dose of realism and dark tones through his art style”. Coker’s art continues to be one of the most unique in any title and it works perfectly with Hickman’s arcane and yet grounded script. 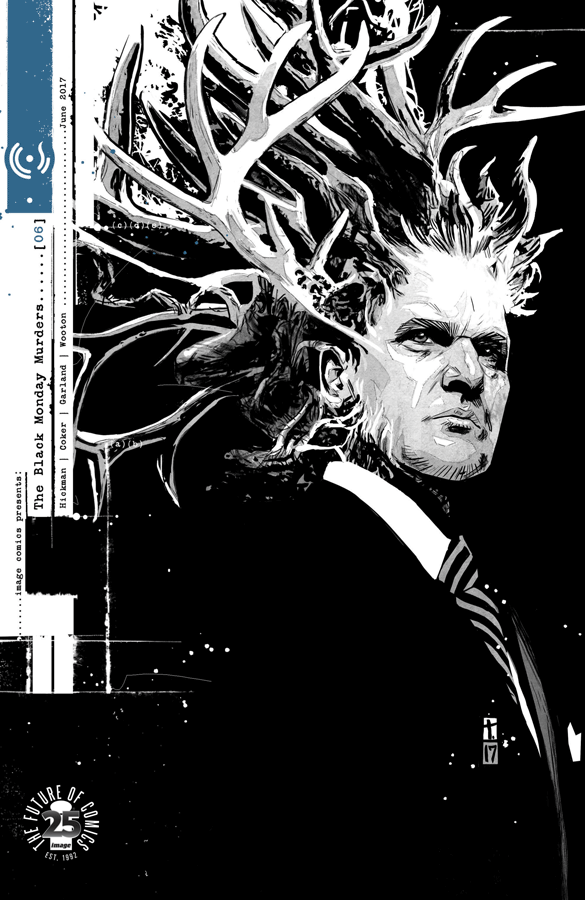 Staff Writer at Horror News Network
Nick joined the website in 2015. His lifelong love of comics and horror began with Universal Monsters and the Incredible Hulk. He has fond memories of going to Waldbaum’s supermarket with his mother and being rewarded with a 3-pack of sealed comics. It’s been all downhill from there… Since those early days, his life has been immersed in four color action and scares on the silver screen.
http://www.horrornewsnetwork.net/wp-content/uploads/2017/12/black-header.png 620 1272 Nick Banks http://www.horrornewsnetwork.net/wp-content/uploads/2016/05/HNN-logo.jpg Nick Banks2017-12-30 13:26:592017-12-31 15:12:12Horror News Network’s 2017 Horror Comic Awards: Best Mini-Series (Non-Monthly Title)
0 replies