Clive Barker is no stranger to anyone familiar with horror literature and films from the 1980s.  The noted writer, director, and artist has kept busy over the years, turning out a wide-variety of books, stories, and artwork, and he is about to enter the horror-verse in a big way in 2019 with a new book (Deep Hill), and two possible television series based on some of his most famous stories and films (The Books of Blood and Nightbreed).

According to an interview with Barker on his official website, Revelations, his latest novel “Deep Hill, is a little over halfway typed now. I am still working on it and am very excited about it. It’s a rather larger book than I thought it was going to be but, as you know, that always happens with me! It is not a book for the very young readers of Thief of Always, say, because it has some very dark, fantastical material in it. It does not, however, contain any sexual material and any cursing you may hear is nothing you wouldn’t hear on the nightly news, but it is scary and I won’t try and water that fact down. In fact in some ways I think it’s one of the scariest things I’ve done, because it mingles both imaginative scares (that is to say strange creatures and the like) with very threatening issues about the world we live in. Deep Hill involves a world of waste, how we deal with waste…

Barker discussed the real-life motivations behind the book, as the writer is still battling the effects of a bout with toxic shock in 2012.  The author “…was moved to come at the book with a much more serious intent than earlier drafts had contained because I came close to dying a few years ago, and nothing concentrates your mind more forcibly than the proximity of a permanent goodbye!”

Barker also updated fans on two of his ventures into television based on his previous work, starting with the short stories that first made Barker a world-wide sensation, The Books of Blood.  Barker (along with partner/producer Brannon Braga, best known for Star Trek, Salem, and 24)  stated that “…the series has been expanded from the stories in the Books of Blood with stories that have been developed by me along the style of the Books of Blood stories – because it’s thirty years since I wrote the Books of Blood and my mind has certainly not remained empty of those kind of ideas. So there are, I think, about thirty narratives which I have developed which you could call ‘Books of Blood stories’, as narrative outlines, but I haven’t yet turned them into stories. We will probably turn at least some of those into episodes for the television series.”

Barker went on to say that “What I’m trying to do is at very least match, and in some cases surpass, the intensity of the original Books of Blood. Some of those stories have a nod and a wink to another kind of narrative – I mean “New Murders in the Rue Morgue”, is an example, obviously a nod to Poe, but then there’s “Rawhead Rex” which is a straight-off monster story, and I want to revisit those kinds of stories. I want to do a new monster story for instance, something that is fresh and for a modern audience” and “I am hoping that in the Books of Blood series we will not only go to the most chilling and intense of the books but I will add to that sum of stories new tales that perhaps wouldn’t even have occurred to me thirty years ago. The world has changed. The world has become a darker, scarier place since then, unbelievably but it’s true.” 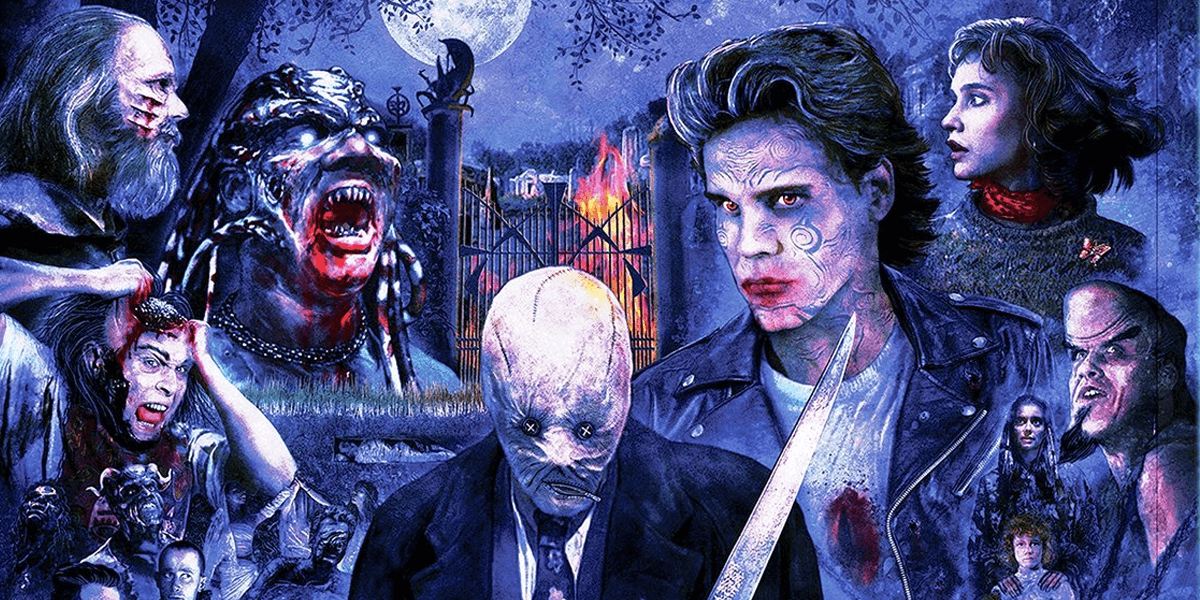 When it comes to Barker’s cult classic film Nightbreed (based on his novella Cabal), he is also hopeful that the series will reach viewers soon as the project is “…moving forward at quite a rate with a couple of very well-known directors showing a great deal of interest in it. I am on board to provide mythologies and ideas and hopefully put the Barkerian weirdness on the material. At the moment, we’re putting the team together: we have a writer, director, producers and now that the New Year has begun we’ll all get together and start to plan the long-term narrative, not just the opening narrative which is what we’ve done so far. I have the sense that, if all the things that I’ve been promised come true, there is a real passion for matching the tone of both the book and the film.”

Barker also wants fans to know that he is feeling better than ever, proclaiming that “Clive Barker is alive and well and living in the fantastic lands he’s always lived in, from which there will come novels and short stories and eventually films. So this is a great moment to thank everybody who’s had the common sense and the faith in me to stay in contact with me, to stay in faith with me, to believe in me. And it’s also a great thanks to the thousands of people who turned out in Dallas and in Chicago to say, ‘Hey – it’s been too long!’ and I will not be invisible again unless I’m for a certain period making a movie or whatever, but my intention is to make sure that people know that Clive Barker is not only alive and well but piled high with ideas!”

Be sure to stay tuned to Horror News Network for updates on all of Clive Barker’s projects as they happen.

The judge has ruled, the gavel has struck and Clive Barker has won. Barker this week regained the U.S. rights to his landmark 1987 Hellraiser film, setting...
Read more

The man behind Hellraiser, Nightbreed, Candyman and more is joining forces with HBO to executive produce a series adaptation of his classic Hellraiser for...
Read more

Like Pinhead to a human soul, horror mastermind Clive Barker is tearing the internet apart with updates on projects of his that are in...
Read more

Hulu's Books of Blood debuts on October 7th and is based on the series of short stories that put Clive Barker on the map...
Read more