For many of us, the Halloween season triggers fond memories of selecting a Halloween costume based on our favorite monsters, superheroes and more. For kids today, picking out just the right costume shares many similarities with the process of the past (Who is my favorite character? Just how scary do I want my costume to be?). However some of the characteristics of classic Halloween costuming for kids have been lost to time. Fortunately, HNN Productions will soon have fans covered on all of the gritty details with a feature-length documentary on the storied history of the classic retail costumes of yesteryear!

Entitled Halloween in a Box, the film will explore the history of a time when costumes came in a complete package in a decorative window box. Spanning the 1920s to the 1990s, the documentary will cover the tradition of trick or treating in costumes by such classic manufacturers as Ben Cooper Inc, Collegeville and Halco.

Directed by HNN founder Rob Caprilozzi, the working title for the film was originally Plastic Masks and Vinyl Smocks. Caprilozzi said the title was changed to more accurately reflect the complete scope of the content of the project: “When I was a kid the costumes were made out of vinyl. I didn’t want people to think this was just about my era. This documentary encompasses the complete history of Halloween costumes.”

Horror News Network is pleased to share a first look at the official poster art for the film! Created by artist Jeff Zornow, the image captures the look and feel of the nostalgic memories we all have of trick or treating as kids. Caprilozzi says that Zornow was his first choice for the film’s poster art since the advent of the project: “I wanted an artist who not only loved these costumes but could also add their unique feel to it as well.”

You can view the entire image below: 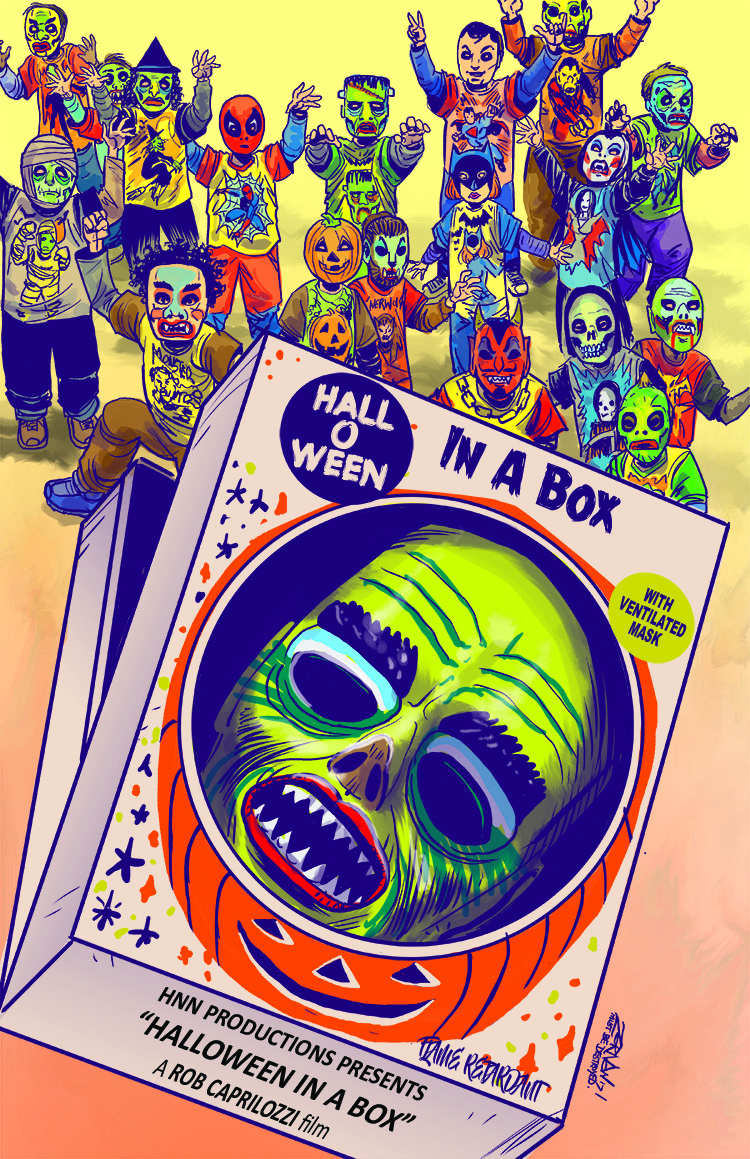 More promotional materials for Halloween in a Box will be available soon. Caprilozzi said, “We are currently in post production and are hoping to have a teaser trailer by the end of this year.” In the meantime, you can check out www.hnnproductions.net and stay tuned to Horror News Network for more details on this exciting project as they break!

Although many eras of horror have their own flavor and army of fans, the horror decade that has received the most praise, imitation, and...
Read more

Good news in Horror-Land as long awaited documentary Halloween in a Box has landed distribution through film company Indie Rights and will begin streaming...
Read more

Coulrophobia is in full effect these days. IT Chapter 2 sits atop the box office and now a trailer has been released focusing on...
Read more