Plunge, Hill’s latest addition to the line (after the inaugural Basketful of Heads) is, in his own words, “my riff on John Carpenter’s The Thing and is an arctic horror story.”  The story starts out with a lost exploration vessel, the Derleth, sending distress signals after a tsunami hits.  The only problem is that the vessel was lost at sea… 40 years ago.

Hill is joined by artist Stuart Immonen and the two work together beautifully.  Immonen is well known for his super hero art and his realistic style has always humanized larger-than-life characters, but it works even better on average humans.  Each individual character, from the distress signal operators, to the salty captain of a salvage vessel, to the perky marine biologist, have a unique look and personality, and when assisted by Hill’s witty dialogue, create well-rounded and believable characters.  A horror story is designed to frighten, terrify, and shock, but if the reader doesn’t care about the characters, no amount of excitement will make up for the lack of interest in paper-thin representations of humanity.

Besides the humans in Plunge, Immonen’s art perfectly captures a wide variety of denizens of the deep (including on of the most realistic and frightening sharks to ever grace a horror comic) and the nautical setting.  Immonen’s eye for detail makes each environment jump off the page, from rocky atolls to marine research facilities.  We don’t get too much in the way of other-worldly creatures in issue one, but anyone familiar with Immonen’s work can anticipate some bizarre, memorable monsters in the near future.

The story itself moves at a deliberately slow pace, setting up each small detail, building to the a surprisingly reveal on the last page of issue one.  Hill takes the time to put the puzzle pieces together (and establish the power dynamics between the characters on the ship) and the hint of the trouble that the Derleth experienced so long ago is sure to be revealed, but you certainly don’t get too much in the first issue, leaving the reader craving more.

As far as first issues go, Plunge does everything you want in terms of set-up, and like the old show biz adage, “leaves them wanting more.” 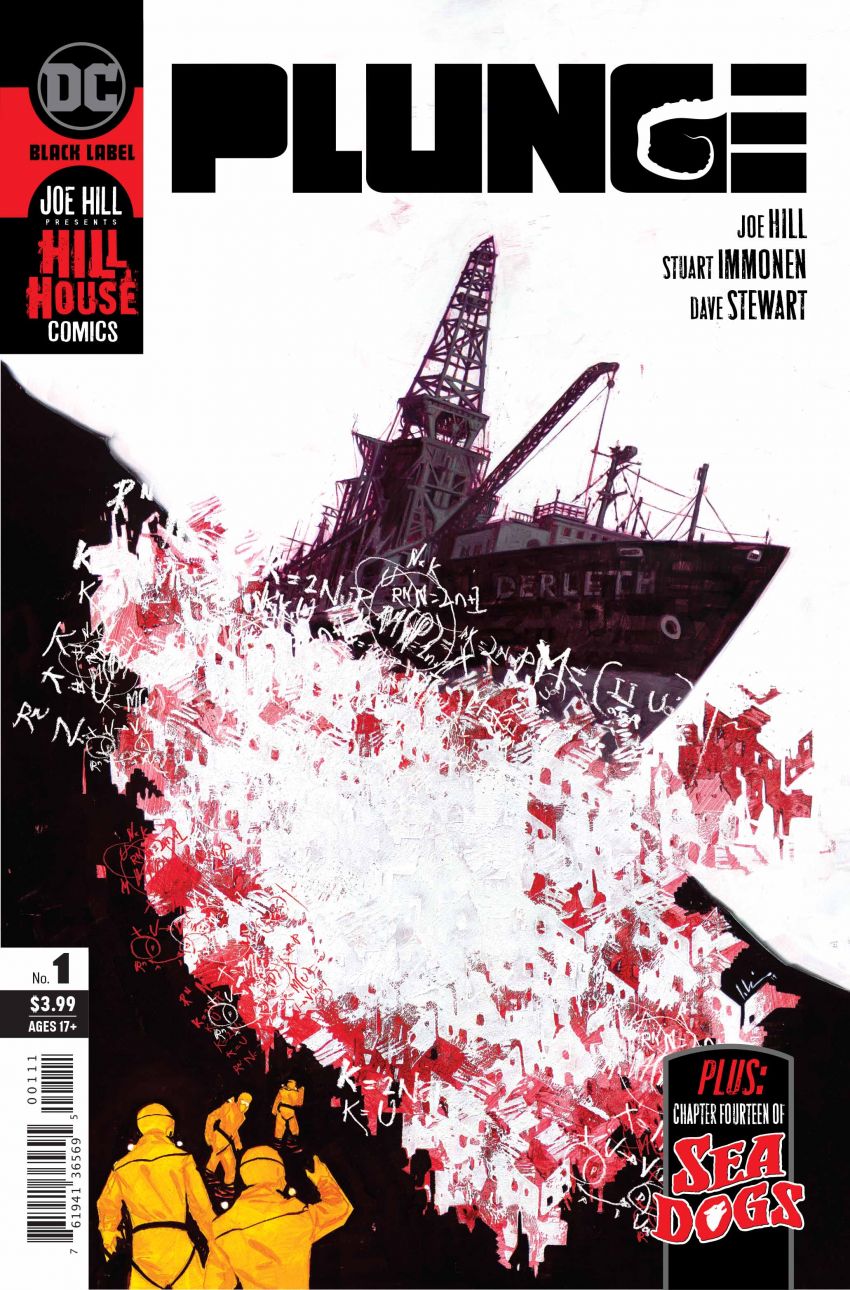 Fans of the supernatural goings-on at Keyhouse can now officially look forward to more of Locke & Key on Netflix as the second season will resume shooting later...
Read more

The party from Hell is over: Christmasland has closed its doors. AMC will not renew NOS4A2 for a third season, with the sad news for the many...
Read more

It looks as if more Locke & Key titles will be headed to retailers soon so that more fans can discover Joe Hill and Gabriel Rodríguez’s...
Read more