This is Mignola’s 13th Eisner Award (which started way back in 1995 with his first Hellboy series, Hellboy: Seed of Destruction) and Hughes’ second award (Hughes won Best Cover Artist in 2003).

HNN’s Christine Caprilozzi reviewed Krampusnacht when it was released this past December and said that “Mignola delivers a tale that would warm the heart of any horror fan” and  “If there were any questions on how Hughes would work within the Hellboy universe, it is answered quickly as his style fits the book perfectly.”

In an interview Horror News Network conducted with Hughes, he summed up the appeal of the character by saying that “The aspect of Hellboy that stood out for me, is his Regular Joe-ness.  Hellboy is just the Orkin Man who happens to be from Hell.  If you’ve got a lich king in your crawl space, Hellboy shows up and goes “Welp, THERE’S your problem.”  It is, to me, the enduring conceit of the concept.”

Congratulations to both Mike Mignola and Adam Hughes on this well-deserved honor and keep coming back to Horror News Network for the best horror comic coverage on the net. 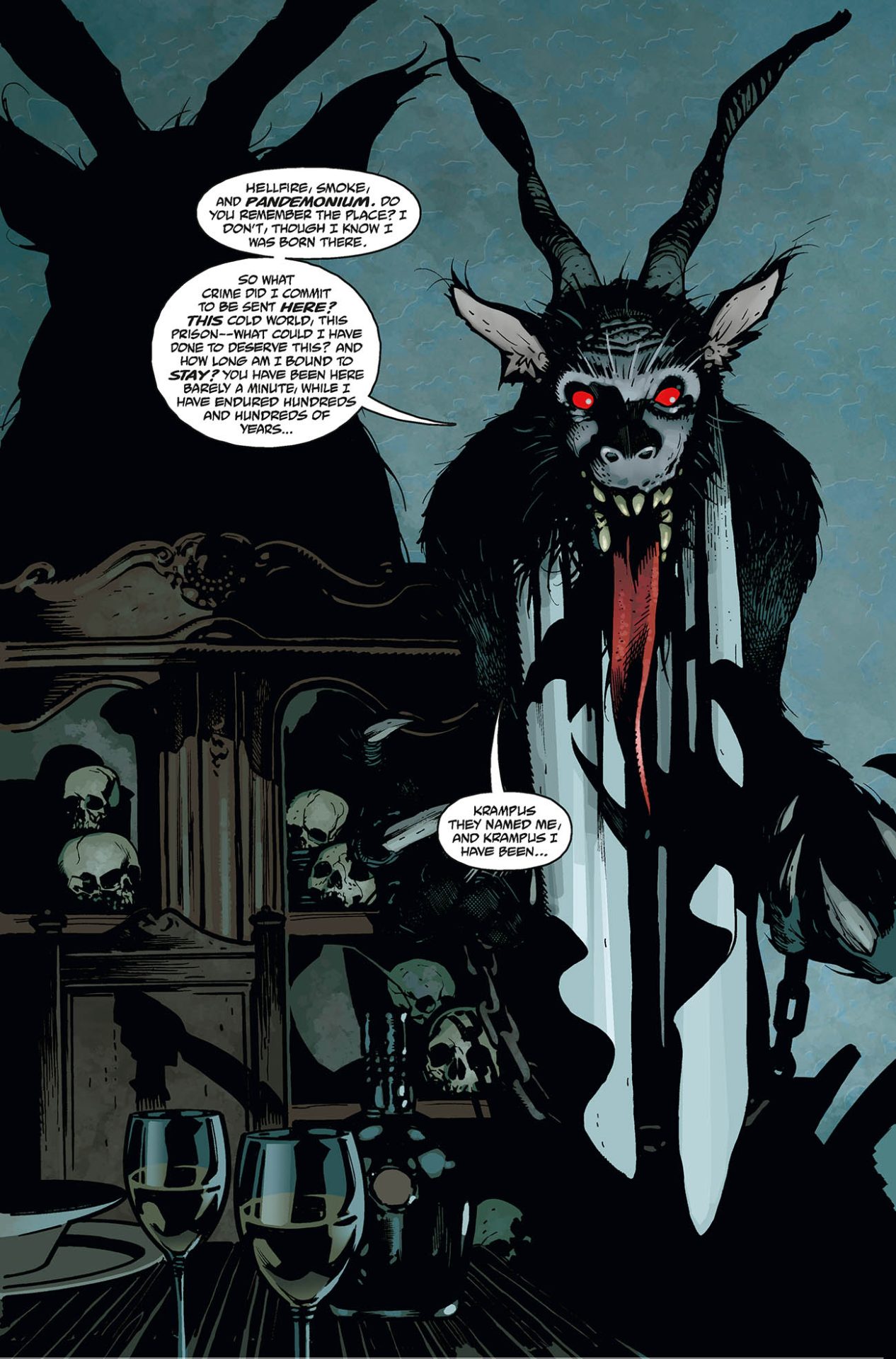 Staff Writer at Horror News Network
Nick joined the website in 2015. His lifelong love of comics and horror began with Universal Monsters and the Incredible Hulk. He has fond memories of going to Waldbaum’s supermarket with his mother and being rewarded with a 3-pack of sealed comics. It’s been all downhill from there… Since those early days, his life has been immersed in four color action and scares on the silver screen.
http://www.horrornewsnetwork.net/wp-content/uploads/2018/07/KrampusCovers-1030x515.jpg 515 1030 Nick Banks http://www.horrornewsnetwork.net/wp-content/uploads/2016/05/HNN-logo.jpg Nick Banks2018-07-21 15:44:442018-07-21 15:44:44'Hellboy: Krampusnacht' Wins Best Single Issue Honors at 2018 Eisner Awards
0 replies

Monsters Inherit the Earth in ‘Godzilla: King of the Monsters’ ...
Scroll to top