Horror News Network:  How did you become involved in the new Hellboy project, “The Return of Effie Kolb”?

Zach Howard: To be honest, I’m not entirely certain.  There was a production break during the 3rd issue of The Cape: Fallen and I took a rare commission that ended up being a Hellboy piece.  I posted the inks when finished, and shortly thereafter Mignola contacted me about doing a book with him.  Seeing how my first paid professional work in this industry was a little five-pager in The Hellboy Resource Manual, it seemed prudent to have my final freelance comic book revisit Mignola’s brilliant character.  When I was drawing the original gig back in 2002, I knew that I stank and could only hope that one day I could get another crack at the big red guy.  Fast-forward to now and voila. Except I’m bringing the shit-hose with me this time.

HNN: “The Crooked Man” is one of the fan favorite Hellboy stories.  What elements of the story make it a quintessential one?

Howard: Possibly its location felt fairly unique to the Hellboy universe.  Hellboy is usually wandering to exotic locales, punching monsters in the teeth. The Crooked Man was tucked away in the dark woods of a poor and often forgotten part of America. Along with that, [Richard] Corben brought so much bizarre originality to the villain.  Add Mignola’s quietly tense pacing, witches, curses, and an old horse, and you get a classic.  The story had all the definitive Hellboy elements that always drew me to the property:  Hellboy rambles into town with his quiet, unassuming charm; gets sucked into unknown horrors; gets beat up and teeth chipped, but somehow figures out how to win the day, the entire time facing his doom with an undaunted fearlessness and wit.

Doesn’t hurt to have two legends of the medium teaming up for a fun romp either. Or a magical shovel. 😉

HNN: Richard Corben illustrated the original story.  What notes do you take from his depictions of the characters and the setting?

Howard: That was the toughest part.  Corben’s anatomy and object construction are rather inimitable, so I had to figure out how to bridge my work to both his and Mignola’s styles.  The priest came easy, but Tom and Effie were a bit of work.

Corben has Tom as a very elongated character, especially his head and face–very lithe.  The panels where I drew the character at the age in the original series I kept closer to Corben’s anatomical portrayal, but threw in a touch of my stink on top.  In the new story, I had to age him considerably, and that gave me room to bring Tom’s anatomy closer to my style while preserving his long features.

Mignola was more specific with how he wanted me to age Effie.  In this incarnation she’s bone-thin, with a toothy grin.  Long unkempt hair in her face; orange eyes.  This gave me considerable room to redesign the character to meet the needs of the new story.  I kept her dress close to Corben’s work, along with his patented use of female voluptuousness, but everything kind of hangs off of her.  Her hands and feet are a bit more pointy and monstrous to punch up the fantasy horror elements.  She came out nice and creepy in the book, and has quite a story to unleash on us.

HNN:  You have worked in a variety of genres in the comic industry, but many of your best known stories are in the horror genre.  Why does your style work so well for horror?

Howard: Dark, heavy-handed inky inks and solid character work.  I think my obsession with turning the environment into one of the characters in a story lends to the genre.  By the time I finish inking a page, the reader is left navigating a very dense and (hopefully) richly textured world that slow cooks the story a bit more.  In short, that type of story pacing works well with horror.  Slow the clock, let those eyeballs soak in the world and the characters trying to survive in it.  Then kick them in the chest when they feel comfortable. 😉

HNN: You have also worked on a number of intellectual properties.  Do you find it different than working on your own stories or traditional comic titles?

Howard: That’s mostly from me trying to stem the boredom.  My heart is and will always be found in the freedom of a creator-owned book.  I’m quite obsessed with excellence and it’s easier for me to have control over that need if I’m creatively in charge of an IP.  Apathy is a dagger in my heart, and sadly is the modus operandi of the comic book industry, so I do everything in my power to avoid that.  Otherwise I’m no good to anybody.

However, when I need a breather I often grab a Marvel cover gig, or something comparable, to lighten up a bit.  It always surprises me when I realize how much fun I have with some of the classic superhero characters.  The kid in me definitely smiles during those gigs.  I just couldn’t do a long-term gig in this field without controlling the project, so it’s highly unlikely to ever happen.

HNN: Memories of The Cape and working with Joe Hill?

Howard: Around 2009 I had just finished the absolute worst job of my career, shit-boring (always late) scripts and an absolutely terrible editor. Somehow I survived the gig, but my health was declining and I could find little happiness and felt it was time to bow out of the comic book industry.

Yet I had promised Chris Ryall (IDW) that I would do one last book with him before I fucked off completely.  He handed me The Cape one-shot, and suddenly my heart was back in the game.  Those twenty-two pages gave me a little wind back in the sails.  I owe a lot to Ryall and Joe Hill.

Howard: Don’t know.  I think I’ll wander around for a bit and look for a muse.  Mine died somewhere along this wild journey and I miss her terribly.

Hellboy and the B.P.R.D.: The Return of Effie Kolb #1 will be available in finer comic book shops everywhere on February 19. 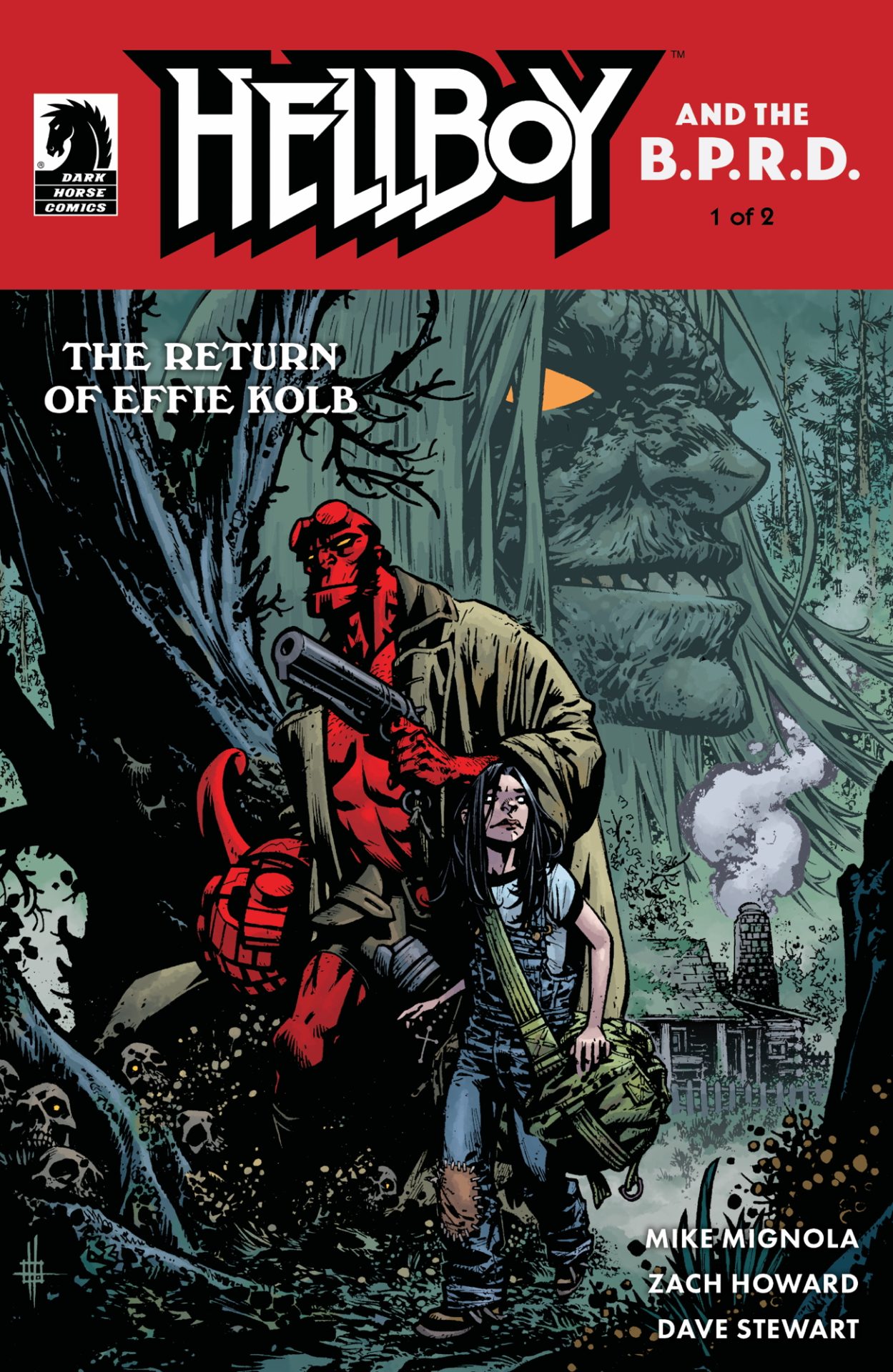