Love it or hate it, 2018’s Halloween was a massive hit at the box office. While it did flip the Halloween timeline on its head, fans, both new and old, packed theaters to see Michael Myers battle Laurie Strode.

One very important person in Halloween’s return to the big screen is producer Malek Akkad, whose father, Moustapha Akkad, served as the producer of eight installments of the franchise, including the 1978 original. We were able to sit down with Akaad and talk about all things Michael Myers.

Horror News Network: Let’s start with the big news. Halloween, Halloween 4 and Halloween 5 will be hitting theaters and drive-ins worldwide this October. Can you talk a bit about that?

Malek Akkad: I remember very well going to the drive in when I was young… It was a wonderful family experience and I have very fond memories of it. One of the aspects that makes me very excited about these movies coming to drive-ins is because there is a whole new generation that hasn’t experienced drive-ins. It is kind of an American tradition.

Halloween had its premiere in cinemas and on drive-in screens in 1978. So, I think it is really cool that it has come full circle.

Horror News Network: Can you talk a bit about having Jamie Lee Curtis back on board as well as Nick Castle as Michael Myers?

Malek Akkad: Jamie is the most delightful person in the world. I fell in love with Jamie as a 10-year old boy on the set of Halloween 2. I basically followed her around all day pestering her. What’s funny is the director wanted to show me Michael or the blood in a scene but I said, “That’s OK, I would rather hang out with Jamie.” (laughs)

Sadly, I thought that Halloween: Resurrection would be her last time in the franchise. Lo and behold here we are doing another one with her again.

She is the most beloved person on set. From the drivers, make-up people, to the PA’s, every single person loves her. She is so genuine and the fans feel it and we are so excited to bring her back in the role.

As for Nick Castle, who better to come back as The Shape? In the original film there were a handful of people who played Michael. If you look at the classic movements of Michael, those were Nick Castle, with very little direction of John Carpenter. The way Nick moved as Michael was perfect and it was his natural interpretation of the character.

Nick being back and teaming with James Jude Courtney in the role of Michael Myers has been great.

Horror News Network: More classic characters are set to return in Halloween Kills. Fans will get a chance to once again see Kyle Richards returning as Lindsey Wallace, Nancy Stephens as Nurse Marion Chambers and Charles Cyphers as Sheriff Brackett.

Malek Akkad: Having them all come back is fantastic. I have to give credit to David Gordon Green. He dug really deep into the lore and history of Halloween in ways that excite us more and more every day.

Horror News Network: What was your earlier memory of your dad working on Halloween?

Malek Akkad: I definitely remember Halloween when it was being done. I was 7 years old at the time and unfortunately, I never visited the set. But as a kid I knew my dad was working on it.

My earliest memories were fantastic because my father got 2 U-matic video cassettes of the film. They were big old tapes and you couldn’t even fit 90 minutes on one of them, it was only 60 minutes per tape. So, we got Halloween on two separate ones.

By the time I was eight years old I was having screenings late at night with neighborhood kids and scaring the crap out of them! I loved it! I went so far as to sneak outside afterwards with a mask on and knock on the window, they would scream. It was great.

I could have never imagined that Halloween would have taken over my life like it has.

Horror News Network: Halloween is such a massive franchise that in addition to the movies there are action figures, collectibles, posters, t-shirts and more. What’s it like as someone whose dad was the producer, and now you are a producer yourself to see just how big the franchise is?

Malek Akkad: My father, Moustapha Akkad came together with Irwin Yablans, John Carpenter and Debra Hill and they caught lightning in a bottle. Their collective brilliance, along with the cast and crew is how we got to where we are now.

The second bold move was Halloween 4. Everyone thought Michael died at the end of Halloween 2 but my dad wanted to bring him back. He literally had people tell him that he is crazy and you can’t bring him back. He instead leaned into the film and called it Halloween 4: The Return of Michael Myers, and it was a number one hit for a few weeks. That was of course so crucial to the franchise and that is when people started calling my father the “Godfather of Halloween.”

He adored the fans. He was such a people person. He loved meeting people.

Horror News Network: It’s great to see Michael and a new Halloween film return to the big screen. That was a long time coming for fans. How has it been teaming with Blumhouse on the latest Halloween series?

Malek Akkad: Yes, it was a lengthy delay, almost a decade. It came down to a lot of creative differences. It was definitely worth the wait as we connected with the people at Blumhouse, Universal and Miramax. Then David Gordon Green came in, teed up and drove the ball 300 yards.

Horror News Network: What can you tell fans about the upcoming Halloween Kills film?

Malek Akkad: I can confidently say that Halloween Kills is my favorite film in the franchise aside from 1978’s Halloween. Everyone involved agrees that fans will love this film. It is so well put together. The writers dug so deep into Halloween lore of this film. This is my favorite besides the original. Fans are going to love it.

Horror News Network: After all these years how does it feel to still have John Carpenter connected to Halloween?

Malek Akkad: I love working with John. He is the coolest guy in town always. He is the maverick. He doesn’t play games; he is straight to the point. He is just so cool. I am kind of a fan-boy, but to get to work with him, that is great.

I can tell you that the writers totally sought his guidance on this film. They knew that they were playing with his toolkit and they totally respected that. Having him on set is amazing and it makes the entire crew excited.

To have him do the score again is just another part of this amazing coming together. For everything to once again come together like this it is very special.

Horror News Network: What horror movies do you enjoy watching besides Halloween?

Malek Akkad: Good question. From a producer’s standpoint I am a fan of all genres. If we are talking about the horror genre, I would have to say I am a big fan of Stanley Kubrick. 2001: A Space Odyssey, A Clockwork Orange and The Shining.

Horror News Network: In closing what would you like to say to our readers about Halloween Kills?

Malek Akkad: We really appreciate the fans understanding that we had to delay Halloween Kills. The decision was a very difficult one. No one was more excited to release this movie to the world more than us. In consultation with Universal, they are the experts at this, they really wanted to hold the movie until it can come to theaters. It’s great to watch horror films in theaters as a communal experience. We hope they understand and we promise it will be worth it wait. 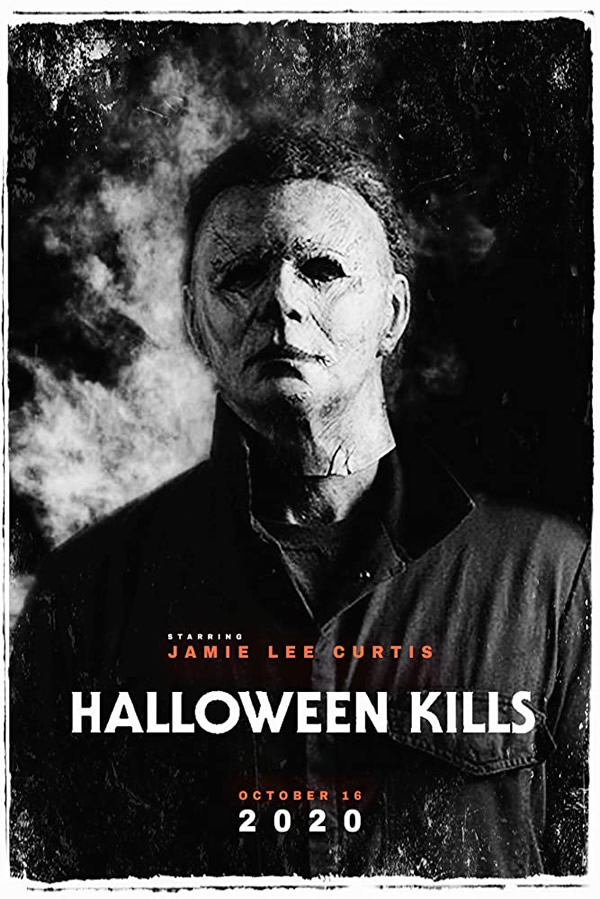 Horror News Network: Thank you so much for taking the time to speak with us today Malek. We look forward to seeing Halloween Kills on the big screen.