Slain by a vampire, but brought back to life by arcane magic, Solomon Hitch is Halloween Man, a flesh-eating zombie with the power of the horror movie sequel.

We sat down with Halloween Man creator, Drew Edwards, to talk about the staying power of the character and what we can expect from the title in the future.

Horror News Network: If you were explaining the character of Halloween Man to a horror fan who has never read the comic, how would you describe him?

Drew Edwards: For years when describing the comic at cons, I always pitched it as “Fantastic Four meets the Munsters.” But like most things in the creative process, it’s not one single thing. It’s lots of little things combining into one. However, the genesis of Halloween Man grew initially out of my love of classic monster movies. I wanted to see a story where the monster got the girl and was the hero. Still, short version…Halloween Man is a good hearted but flesh-eating monster with the power of the horror movie sequel – the fella always comes back. He’s a little bit Jason Voorhees and a little bit Ben Grimm, all wrapped up in one gloriously ghoulish package.

Horror News Network: Halloween Man has been around for two decades now, can you talk about what brought this creation to life?

Drew Edwards: I’ve always loved monsters. As a child, I think there is just a deep attraction to monsters, because they get to make their own rules. But as an adult, I think my relationship with monsters changed quite a bit. In my early 20s, I was involved in a car accident that killed my twin. This personal tragedy affected my mental health for years to come and in some ways continues to do so on a daily basis. My psychological scars are very deep. It’s painful to even think about, even after all of these years. I was already starting to develop the comic when the accident happened. But this changed the tone a lot. The survivor’s guilt I felt was so overwhelming. I felt weird, ugly, and broken. Suddenly I really knew what it felt like to be a monster. Over time, the character and I took on this symbiosis. I don’t always feel comfortable with that but it’s true. Often at cons, fans will actually call me “Halloween Man” and that always gives me a chill up my spine. Writing this comic has been a wonderful coping mechanism. If I’m being completely frank, this is the real origin of Halloween Man. So I guess in some ways you can nail it down to one thing in the end.

Drew Edwards: We run the gamut from the goofy to the grotesque. Some issues play things heavily for comedy and show a strong influence of stuff like Evil Dead II or Ghostbusters. But others are far more serious and horrific. I like to keep readers on their toes and truly not knowing what is coming next. More recent issues have involved classic movie monsters like dinosaurs and vampires. But our anniversary issue digs deep into European folklore. I have a passion for folklore that I’ve seldom used in writing for the comic. So, it was fun showing off those chops.

Horror News Network: Who are the other characters featured in this series?

Drew Edwards: The series has quite a few quirky supporting characters, including a bathrobe wearing necromancer named Morlack and goofball demi-god Man-Goat. But I don’t think you can discuss Halloween Man without talking about Dr. Lucy Chaplin, the love of Solomon’s afterlife. She’s easily the most important secondary character and has gone on to star in spin-off comics of her very own. Lucy comes from science fiction and pulp heroes like Doc Savage. She’s from that long tradition of polymath genius heroes who have mastered dozens of skills and whose greatest weapon is their intellect. Her gadgets and weapons are all things that would seem familiar to fans of vintage sci-fi, but with a goth spin on them. Such as her coffin-shaped rocketship for example.

Horror News Network: Where can someone that is new to the series learn more about the characters and storyline?

Drew Edwards: The TVtropes entry on the comic is pretty up to date if you want a quick lowdown. But, the best place to learn up about Halloween Man and related titles is to search for Halloween Man or Sugar Skull Media on ComiXology. In fact, if you’re a newbie, you’re in luck, because ComiXology has all back issues on sale until Nov. 9th.

Horror News Network: Halloween Man has also had some interesting crossovers in the past. Can you talk a bit about those?

Drew Edwards: I reckon you’re talking about the Hack/Slash crossover? It’s funny how even years later, it still seems like a fan favorite. Tim Seeley and I have a mutual friend in Hamster Rage creator Brian Crowley, who put us in contact with one another. We hit it off and the crossover kind of came out of that. That remains one of the most mainstream things I’ve done throughout my career. You’d think writing an intercompany crossover would be a breeze. Not true, that was one of the toughest gigs I’ve ever had. I really want to make sure I did Tim’s characters justice so I did a lot of research to make sure I got the voices just right. In particular Vlad was tough to nail down. Thankfully, Hack/Slash is sort of a kindred spirit to Halloween Man. While they are not 100 percent alike, it’s a safe bet if you like one, you’ll probably enjoy the other. So, it feels more organic than some other crossovers do. And everyone involved busted their hump to make sure it read and looked great.

Horror News Network: What can readers expect in the upcoming issues of the series?

Drew Edwards: As of this interview, our anniversary issue will have just been released. That’s issue 25 of the Halloween Man ongoing title. That story is a jam issue with a lot of talented people coming together to weave a crazy quilt of a comic book with a lot of status quo changes. Looking forward towards the end of the month, we’ve got a special issue titled Halloween Man vs. the Mummy which offers up the titular monster mash as well as vampire terrorists. So, plenty of tricks and treats for the month of October. I also want to invite people to join us for our 20th anniversary Q&A on October 30th. 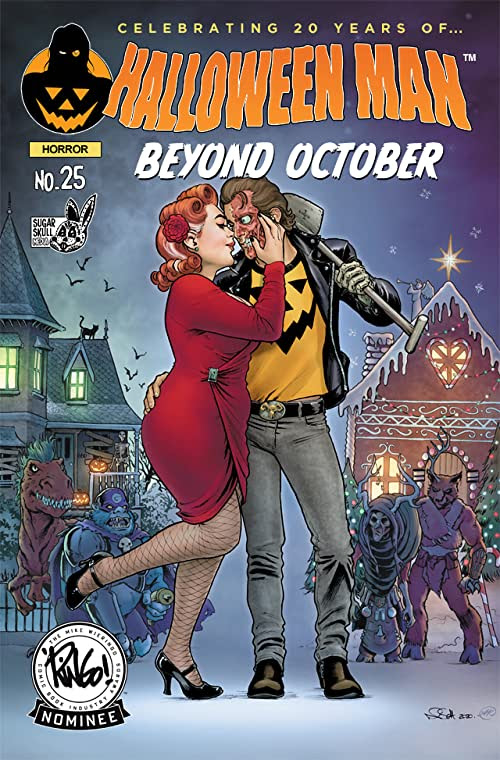 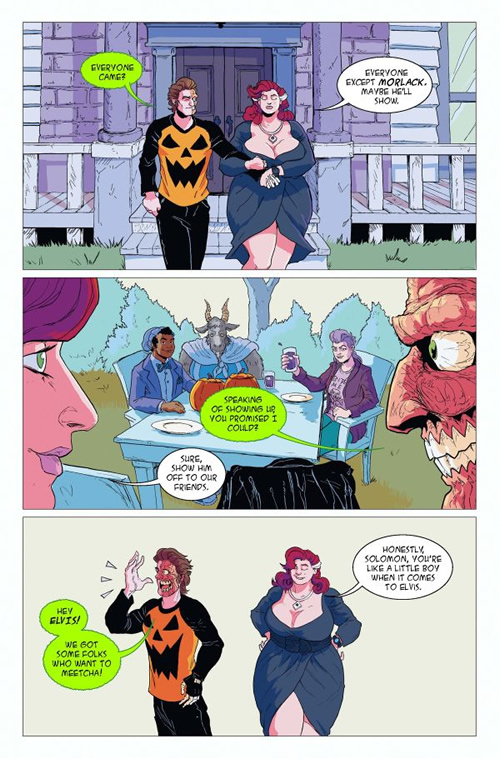 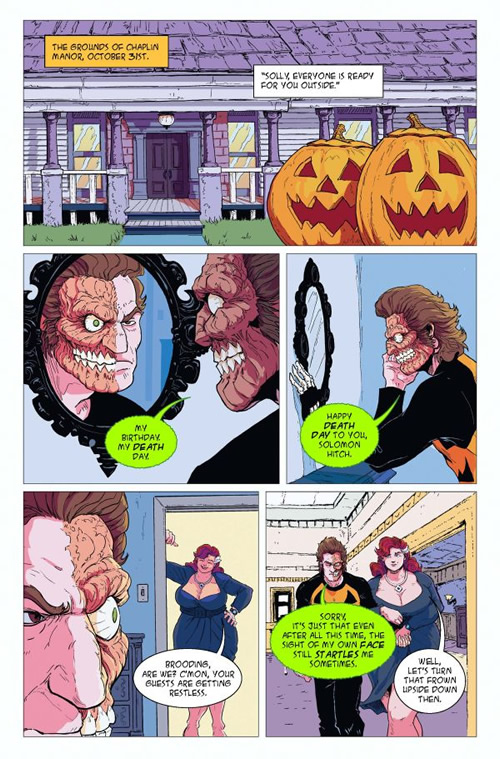 Horror News Network: Thanks for your time Drew. We look forward to more adventures from this horror hero in Halloween Man.