Blog - Latest News
You are here: Home / Horror Movies and TV Shows / ‘Halloween’ Chops the Box Office to Pieces With a $77.5 Million... 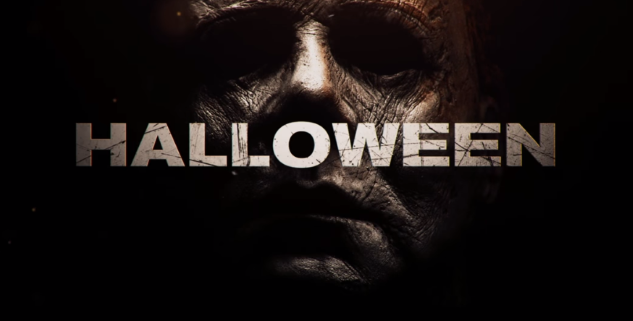 With a $10 million dollar production budget, Halloween (2018) was a major success for Universal and Blumhouse, and the film is sure to add to its total over the next few weeks with little horror competition on the horizon. Halloween (2018) fared well with critics (currently 80% fresh on Rotten Tomatoes) and a good, but not great B+ Cinemascore with fans.  The horror community has been less than impressed with the film, which could add up to a larger drop-off than expected next week (look no further than HNN’s John Evans, whose 2000 word plus review gives you every reason to wait to see Halloween at home at best, and perhaps skip it at worst).

Venom dropped to third place this week, but Sony’s dark entry in their first attempt at creating their very own “Non-Spiderverse” appears to be off to a great start.  Venom brought in another $18 million for a $171 million domestic take and a very impressive world-wide total of over $460 million.  Expect Sony to fast track their Morbius film and don’t be surprised if Todd McFarlane’s Spawn is also put into turbo mode, in an attempt to further capitalize on dark anti-heroes at the box office.

As far as disappointments go, Goosebumps 2: Haunted Halloween has not been able to capture the same audience that the first film did.  With only $29 million in sales after two weeks, don’t be surprised if the film disappears like a ghost from theaters right after October 31st.  2015’s Goosebumps was able to ride a wave of R.L. Stein nostalgia all the way to $80 million dollars in receipts, but the sophomore effort is likely to make a little more than half of the original’s take.

Keep up to date with all of your horror movie news at Horror News Network and be sure to check out our Fall 2018 Horror Movie Preview to see what is left to look forward to this Halloween season.

'Fantasy Island' is a Nightmare for Fans and Critics Alike
Lionsgate Greenlights 'Knives Out' Sequel
Nothing But Crumbs For 'Gretel & Hansel' at Superbowl Weekend Box Office
'Who Goes There?' Novel to Get New Film Adaptation from Universal and Blumhouse
'The Turning' Turns Off Fans and Critics Alike; Finishes in Sixth Place at Weekend Box Office
Sony Pictures Unleashes 'Morbius' Teaser Trailer

Staff Writer at Horror News Network
Nick joined the website in 2015. His lifelong love of comics and horror began with Universal Monsters and the Incredible Hulk. He has fond memories of going to Waldbaum’s supermarket with his mother and being rewarded with a 3-pack of sealed comics. It’s been all downhill from there… Since those early days, his life has been immersed in four color action and scares on the silver screen.
http://www.horrornewsnetwork.net/wp-content/uploads/2018/09/halloween-2018-trailer-main-Custom.png 353 633 Nick Banks http://www.horrornewsnetwork.net/wp-content/uploads/2016/05/HNN-logo.jpg Nick Banks2018-10-21 18:21:522018-10-21 18:21:52'Halloween' Chops the Box Office to Pieces With a $77.5 Million Dollar Debut
0 replies