Michael Aiello, director of creative development for entertainment for Universal Orlando Resorts, announced today that a house based on the 1981 John Carpenter sequel Halloween 2 would become a featured house for the 2016 edition of Halloween Horror Nights.

Aiello broke the news on the Official Universal Orlando blog stating “Growing up with the original ‘Halloween,’ I always loved and appreciated that its sequel was simply titled, ‘Halloween II.’ It literally picked up the events within seconds from where the previous ended. I found this so cool. What I thought was the end was merely the first half of a horrific story.”

This announcement comes after the earlier announcements of a number of other houses based on classic horror films of the 1970’s and ’80’s including: The Exorcist, The Texas Chainsaw Massacre, as well as perennial modern favorite The Walking Dead.  More announcements will be coming in the weeks and months before the annual event which takes place on various days starting on September 16th and running through October 31st. 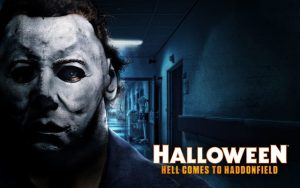 Legendary master of horror, John Carpenter has not only created some of the most iconic genre films and images over the years, but also...
Read more

Big news today for fans of the Halloween franchise as it was announced that Halloween, Halloween 4 and Halloween 5 will grace theaters and...
Read more

Let's face it: When John Carpenter speaks, horror fans listen. And the horror icon opened up on several genre topics at the all-digital Fantasia...
Read more