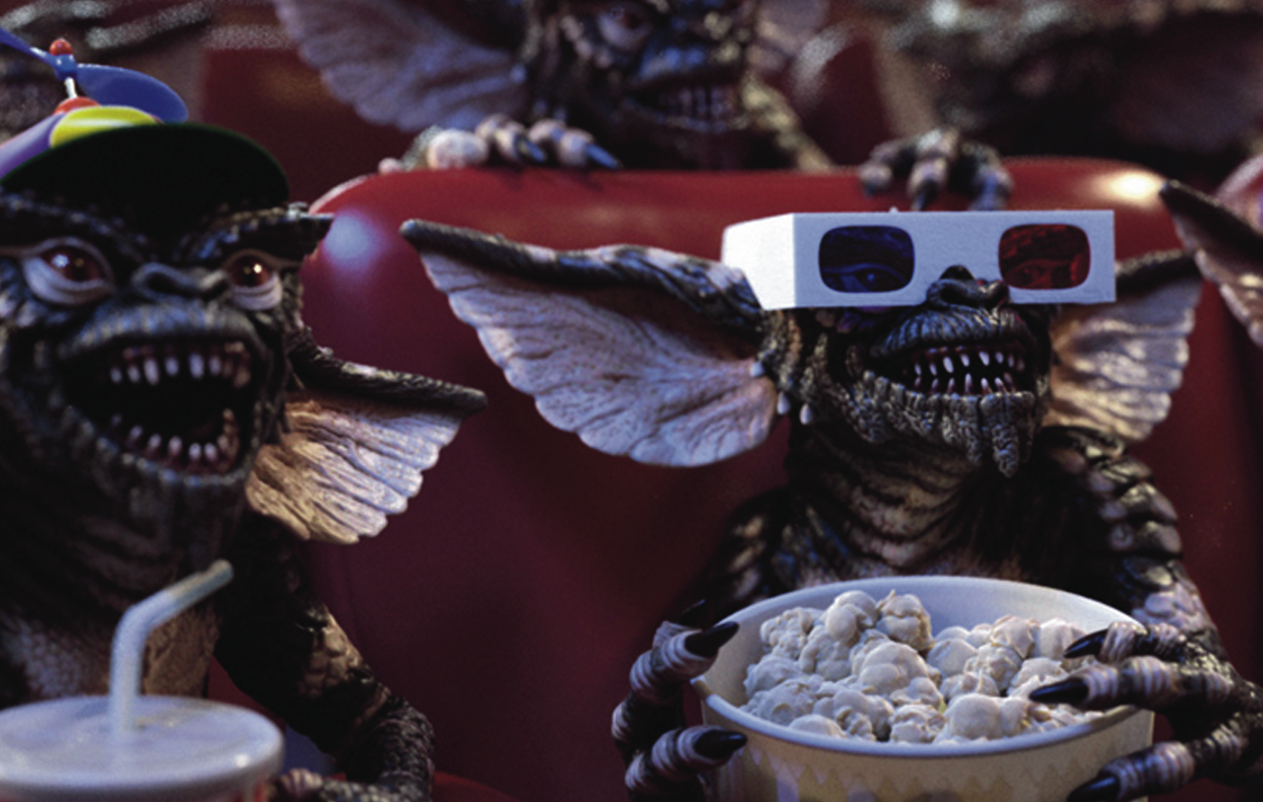 For those of you who missed out on director Joe Dante’s gonzo tale featuring a super cute Mogwai and a bunch of evil green rascals called Gremlins when it was originally released in 1984,  do I have good news for you!

Gremlins: Rule Breakers will screen as a special one night event in theaters across the country during the month of December (beginning on December 8th).  The special feature from Warner Bros. Home Entertainment will also include an exclusive conversation with Dante about the production and the film’s legacy.

The event will also introduce a number of collectible items associated with the film, such as Mondo artist Rhys Cooper’s limited edition t-shirt.  Collectibles will not be available for purchase at every venue (and you can check out the list of theaters here), so call ahead if you are looking to snag an exclusive shirt.

Unlike Fathom Events, the film will not screen on the same date nationwide, but will instead be shown in different markets on different dates and times.

Stay tuned to Horror News Network for more information on specialty screenings coming to a theater near you.