Blog - Latest News
You are here: Home / Horror Movies and TV Shows / ‘Godzilla vs. Kong’ Moved From March to November 2020 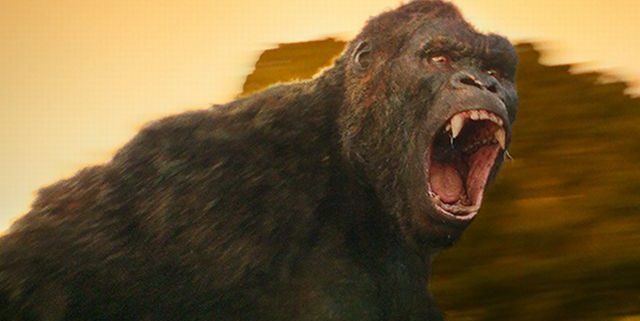 This is the second time that the release date of Godzilla vs. Kong has been changed. Originally, the film was scheduled to hit theaters in the summer of 2020, before being fast-tracked into March.  The giant monster mash (directed by Adam Wingard) stars Alexander Skarsgard, Millie Bobby Brown, Rebecca Hall, and Brian Tyree Henry.

No reason has been given for the change, but the new November date puts the two titans in direct competition with Marvel Studios space gods film, Eternals (which comes out two weeks earlier on November 6).  Godzilla: King of the Monsters made a less than monster-sized $385 million worldwide.  The two previous entries from the kaiju kings, Godzilla and Kong: Skull Island earned $524 million and $566 million respectively.

Staff Writer at Horror News Network
Nick joined the website in 2015. His lifelong love of comics and horror began with Universal Monsters and the Incredible Hulk. He has fond memories of going to Waldbaum’s supermarket with his mother and being rewarded with a 3-pack of sealed comics. It’s been all downhill from there… Since those early days, his life has been immersed in four color action and scares on the silver screen.
http://www.horrornewsnetwork.net/wp-content/uploads/2016/11/king-kong-monster.jpg 370 640 Nick Banks http://www.horrornewsnetwork.net/wp-content/uploads/2016/05/HNN-logo.jpg Nick Banks2019-11-27 18:23:362019-11-27 18:23:36‘Godzilla vs. Kong’ Moved From March to November 2020
0 replies