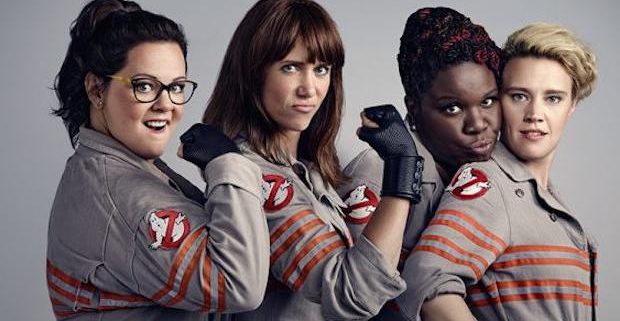 Due to diminished returns at the box office and dwindling fan interest, it appears that the New Ghostbusters crew will not be getting their promised sequel.  According to Pamela McClintock of the Hollywood Reporter, the film’s failure to generate repeat business, coupled with a weak summer season, has doomed the franchise starter.

McClintok stated that “Sony hardly is alone in suffering from audience rejection of sequels this summer. But film chief Tom Rothman and his team, along with partner Village Roadshow, had high hopes for launching a live-action Ghostbusters “universe.” Now they are preparing for steep losses (think $70 million-plus) and an uncertain future for the franchise.”  Although the “break-even” number for Sony was unofficially set at $300 million, other reporters such as Entertainment Weekly’s Nicole Sperling have gone so far as to say that Ghostbusters needs to gross at least $400 million to break even due to exorbitant marketing costs.  The film currently sits at $180,899,659 world wide, with hardly any more help coming from the international markets and a rapidly shrinking domestic screen count.

It appears that Sony will go in a different direction with the franchise, focusing instead on the lucrative animated film market with initial plans for a feature length animated film in 2019 and a animated Ghostbusters: Ecto Force televison series.

This is not the first trouble for the restart attempt, as fans rallied against the production on social media and ghostbuster toys were widely discounted at retail outlets before the film’s release as originally reported by the Horror News Network.

Staff Writer at Horror News Network
Nick joined the website in 2015. His lifelong love of comics and horror began with Universal Monsters and the Incredible Hulk. He has fond memories of going to Waldbaum’s supermarket with his mother and being rewarded with a 3-pack of sealed comics. It’s been all downhill from there… Since those early days, his life has been immersed in four color action and scares on the silver screen.
http://www.horrornewsnetwork.net/wp-content/uploads/2016/08/ghostbusters-1-600x670.jpg 349 620 Nick Banks http://www.horrornewsnetwork.net/wp-content/uploads/2016/05/HNN-logo.jpg Nick Banks2016-08-11 12:10:552016-09-11 02:00:50Ghostbusters' Box Office Sinks Plans for Sequel
0 replies