Ghost stories have been told as long as human beings have stalked the earth.  They serve as a way to comprehend and dress in language what is hidden behind the fragile veil of our perceived view of reality.  Whether the subjects of these stories exist or not can never be confirmed by the masses, but individuals have very concrete opinions as believers or skeptics.

Co-writers and directors Andy Nyman and Jeremy Dyson know how to scare an audience and tell a ghost story.  After years of honing their craft on stage when their play Ghost Stories first debuted in 2010 in London’s Duke of York’s Theatre and ran for a record breaking 26 months (and later the Arts Theatre and international productions in Toronto, Shanghai, Lima, Sydney, and Moscow), Nyman and Dyson decided to adapt their “Grand Guignol” style play for the big screen.  Horror fans should be thankful that they did, as the film version of Ghost Stories captures everything discerning film goers look for in a horror film.

While current horror darlings (such as A Quiet Place) take pride in gimmicks and twist endings in a misguided effort to “reinvent the wheel”, Nyman and Dyson focus their efforts on using tried and true scares that hearken back to the best of yesteryear with appropriate modern updates.  The basic structure of the story is the anthology, but comparisons to classic anthologies fall short in capturing how the film unfolds.  The narrative changes focus many times (especially at the start and end of the film), shifting from super 8 home movies, documentary footage, television news reports, and “the theme park dark ride” finally settles on Professor Goodman (also portrayed by Nyman in the film) and his skeptical outlook on life.

Nyman has described his initial conception of the material as “The Vagina Monologues-with ghost stories” and the film follows this structure using Goodman as the intrepid investigator, a reverse Carl Kolchak or Fox Mulder, and it is through Goodman that the three main “anthology” stories are shared.  Each story is frightening in its own way and each deals with a different type of ghost story or urban legend.  Goodman speaks to eye witnesses ranging from a night watchman at an abandoned insane asylum, a devil-obsessed teen, and a well-heeled businessman who discovers that his riches can not buy everything in life.  These are standard stories that can be found everywhere from Shakespeare to the Travel Channel, but the old adage “it’s not what you say, but how you say it” rings true in each vignette. 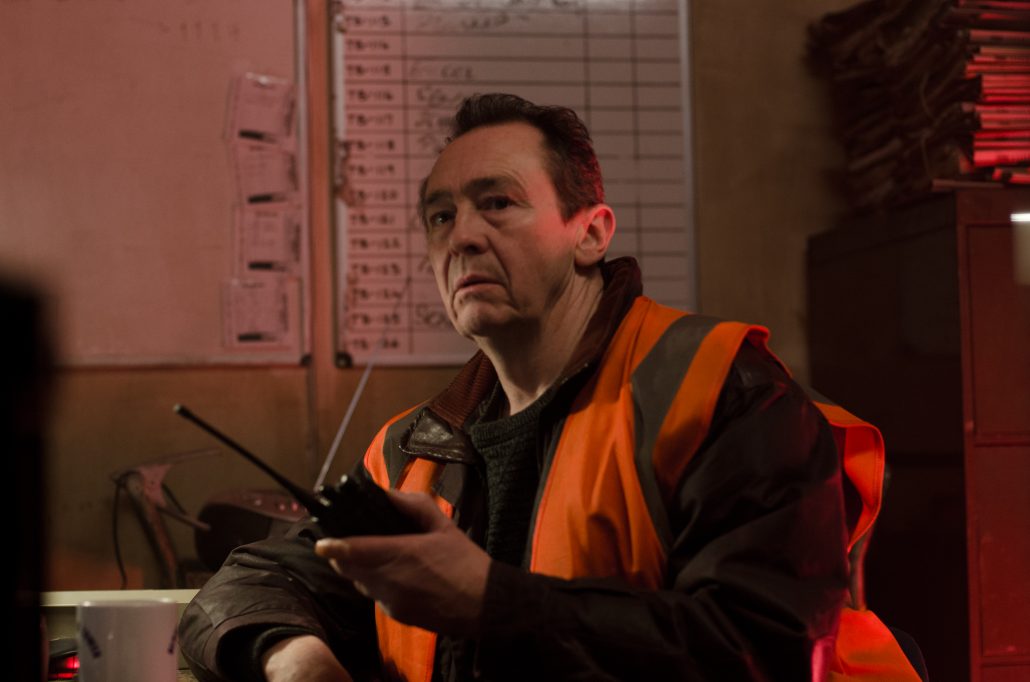 Borrowing from their stage background, the filmmakers ground their supernatural occurrences by using practical, in-camera effects (which must be absolutely terrifying on stage in front of a live audience).  Nyman and Dyson understand the value of a wonky flashlight, a well-placed stern knock, or a baby blanket and these simple effects scare viewers in a way that the modern jump scare just can’t.  The duo also use their new medium to scare as well, through out-of-focus lenses and repeated images that linger too long or too short, as the case may be.  One of the best scares occurs at the decrepit asylum and involves an old mop and a bed, teasing a payoff that we know is coming, but we can’t be sure when it will deliver.

Some of the brief snapshots intentionally do not deliver, but again, this helps establish an uncomfortable level of anticipation and dread.  The film (thankfully) is not interested in explaining every ghostly occurrence, and like many of the best ghost stories, many of them don’t make logical sense.  If you are the type of viewer that is looking for every plot point to be neatly wrapped up, this is not the film for you (and you will probably be better served by watching loud aliens crash around a silent farm house).  The directors are also not afraid to shoot in broad daylight, and some of the scariest and most harrowing scenes take place in these daytime settings. This also helps as a contrast to the scenes when the lights do go out and the darkness or dimly lit environments become that much more menacing.

While Martin Freeman (The Hobbit, Black Panther) certainly deserves praise as the aforementioned wealthy tycoon Mike Priddle, Paul Whitehouse and Alex Lawther stand out as well as the night watchman and distraught teen respectively.  Each gives a performance (as well as Nyman) that grounds the story in reality, portraying the witnesses as reluctant and somewhat unstable individuals, without falling into the typical traps of the genre.

The third act is where the film goes completely bonkers and flips many of the notions that we had about Goodman’s reality, but it ties up nicely at the end, reiterating the fears and terror which are the subtext of all ghost stories (and the reasons we tell them).  If you have been disappointed by critical assessments of “the next big thing in horror”, rest assured that Ghost Stories is not interested in being the flavor of the month; what Ghost Stories does instead is deliver scares and though provoking content with a level of confidence that many filmmakers will envy.

Ghost Stories is currently playing in select theaters and is also available through many major cable provider’s Video on Demand services.

IFC Midnight has nabbed the US rights to Keith Thomas directorial debut film The Vigil. There were many suitors vying for the title causing...
Read more

Fan favorite actor Wil Wheaton will put on his horror cap to play a villain in a new flick from IFC Midnight. Rent-A-Pal will...
Read more

Drive-in theaters have become a large part of the "new normal" for movie (and horror) lovers in these COVID-19 days. And the big draw at...
Read more

In a topsy-turvy world, anything is possible, including IFC's The Wretched winning the weekend box office, consisting exclusively of drive-in reciepts. According to IFC (by...
Read more