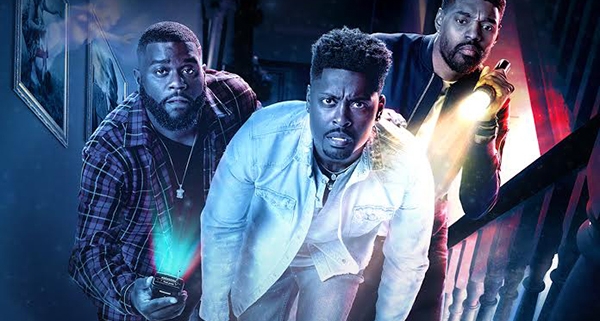 In this new iteration of the popular series (according to the official press release), “Best friends and ghost hunters Dalen Spratt, Juwan Mass and Marcus Harvey are responding to pleas from families experiencing paranormal activity in their homes. Traveling across the country to answer the calls for help, Dalen, Juwan and Marcus move right in to embed themselves with eight different families for a weekend slumber party.”

Some of the featured investigations include stops “In Tennessee, (where) they help move a family safely back into a house they couldn’t sell or afford to walk away from. In Washington, they investigate an infamous manor plagued by ghosts and rumors of an evil doctor and his victims. And in New Hampshire, they explore a historic home and inn with connections to the Underground Railroad.”

Ghost Brothers originally premiered on April 15, 2016 on Destination America (a fellow off-shoot of the Discovery Chanel ala the Travel Channel) as a six episode series (which later aired with additional footage on TLC, re-branded as Ghostin’ Editions).  Season 2 aired on March 10, 2017 on TLC, and consisted of eight episodes.

Stay tuned for more information about Ghost Brothers: Haunted Houseguests and the host of other paranormal investigation series coming this fall.

Staff Writer at Horror News Network
Nick joined the website in 2015. His lifelong love of comics and horror began with Universal Monsters and the Incredible Hulk. He has fond memories of going to Waldbaum’s supermarket with his mother and being rewarded with a 3-pack of sealed comics. It’s been all downhill from there… Since those early days, his life has been immersed in four color action and scares on the silver screen.
http://www.horrornewsnetwork.net/wp-content/uploads/2019/07/Ghost-Brothers-Haunted-Houseguests.jpg 400 600 Nick Banks http://www.horrornewsnetwork.net/wp-content/uploads/2016/05/HNN-logo.jpg Nick Banks2019-07-30 10:29:252019-07-30 10:29:25'Ghost Brothers: Haunted Houseguests' Returns to Travel Channel in August
0 replies