In the Youtube era, it’s hard to believe that a film that was basically a “clip show” of famous scenes from horror movies not only received a theatrical release, but that it also did well at the box office. 1984’s Terror in the Aisles went on to become a video store favorite as one of the only products of its time where fans could witness over 70 scares in one place.

On October 13, Scream Factory will be giving the film its first standalone Blu-ray release, right in time for Halloween festivities across the nation.  Terror in the Aisles was hosted by Dr. Loomis himself, Donald Pleasence and Nancy Allen (from Brian De Palma’s Dressed to Kill) guiding viewers through a “…blood-curdling journey through a collection of horror classics like Psycho, Jaws, Poltergeist, Alien, The Bride Of Frankenstein, The Exorcist and The Texas Chain Saw Massacre. It also features many thrillers released on Blu-ray recently under the Scream Factory brand including The Fog, The Thing, The Omen, Invasion of the Body Snatchers (1978), The Howling, Cat People, Carrie, Bug, Vice Squad and The Seduction.

Terror in the Aisles was originally included as a bonus feature on the now out-of-print Scream Factory version of Halloween II.  No extras have been announced as of yet, but stay tuned for further information about this 80’s favorite. 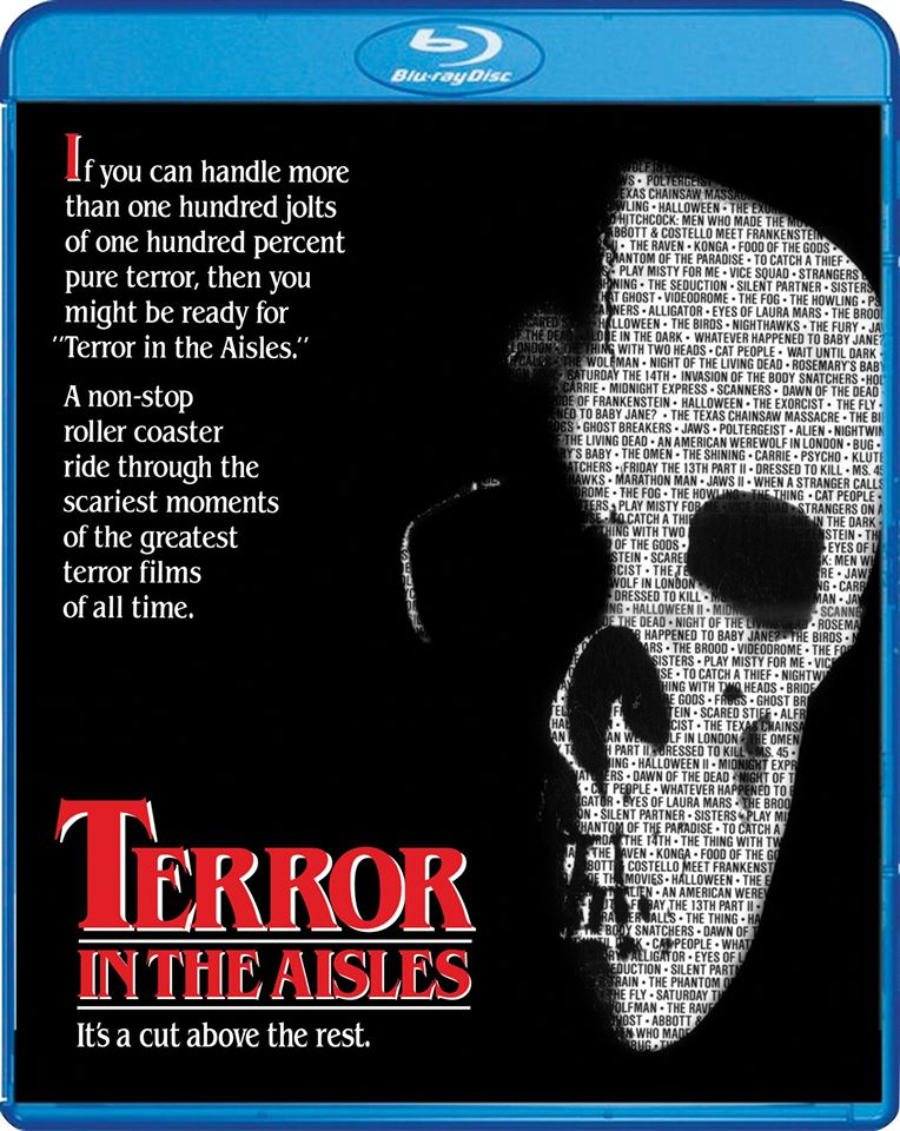 Valentine’s Day is a day for love, unless you are the pickaxe wielding maniac from My Bloody Valentine. The team at Scream Factory is...

Fans of Hammer Horror may have to stake their wallet this year with all of the new special edition blu-rays from Scream Factory, including...