It’s nothing short of a miracle that we will be watching new episodes of Fox’s The Exorcist later this month. The first season was praised by fans and critics alike, but the series didn’t do the kind of ratings the network was looking for (To be fair, though, they were pretty decent for the undesirable Friday night time slot that the show was given). Fortunately, the powers that be responded to an aggressive fan campaign and have granted us a second season, which will begin airing on September 29th, 2017.

We already know that this season will be different from Season One. Geena Davis and the rest of the Rance family (Alan Ruck, Brianne Howey, Hannah Kasulka) are sitting this one out, save for the possible guest appearance at some point. The new season will take place on an island off of the coast of Seattle, and it will introduce newcomers to the series such as John Cho and Brianna Hildebrand, following up from her breakout role in last year’s Deadpool.

The show’s official Facebook page recently unveiled a full cast photo which reflects the new cast and setting. You can view the entire photo up top by clicking on the header image. In the photo, the eerie forested area leads to the focal point of the background: the looming home for troubled young people which will serve as the setting for the show. The photo showcases dark and earthy tones in both the landscape and the cast’s wardrobe. Keeping in line with the dark and gritty atmosphere, Alfonso Herrera’s Father Tomas now sports an edgy new beard. You can take a better peek at this new promotional picture, also posted to the series’ official Facebook page: 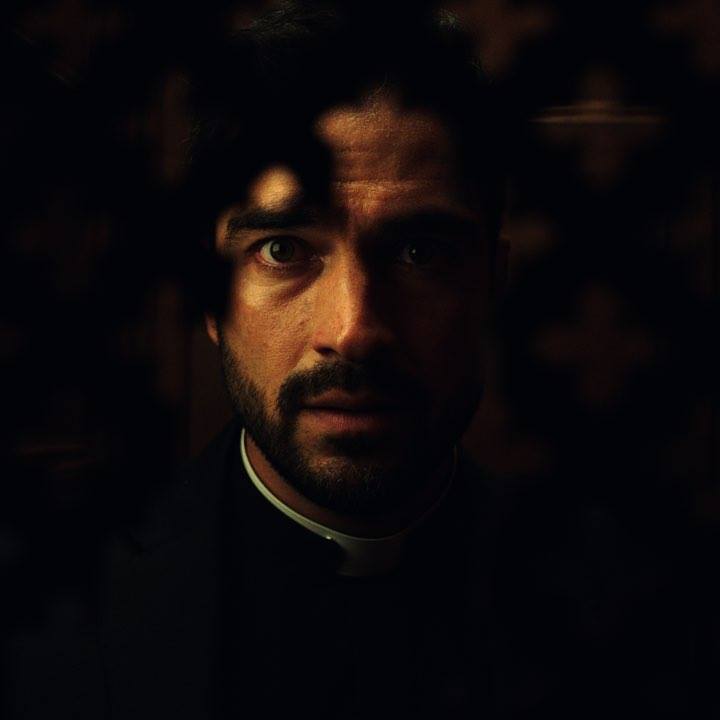 Now THAT is a priest who means business! Herrera will be joined by returning cast members Ben Daniels and Kurt Egyiawan. All will be revealed in just a few short weeks when the show returns to air! Stay tuned to Horror News Network for more details on The Exorcist Season Two, and detailed reviews and analyses as they break!

An extended trailer for the FOX series The Passage premiered today bringing with it plenty of drama and frights. The 90-second trailer shows an...
Read more

One thing fans have counted on for the last thirty years is a new season of The Simpsons making their Sunday night a little...
Read more