Blog - Latest News
You are here: Home / Horror Comics / Frank Miller’s Sin City Being Brought to Television by The Walking... 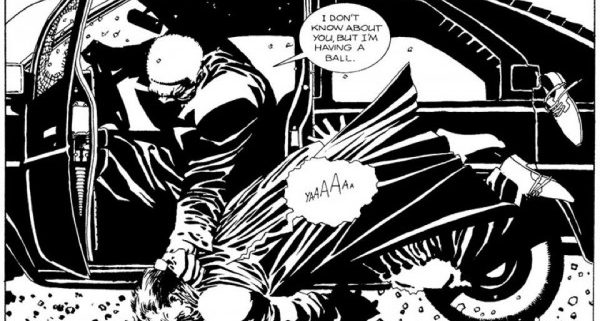 Deadline is reporting that Glen Mazzara (show runner for early seasons of the Walking Dead) will be writing and producing a new television series based on Frank Miller’s Sin City.

Mazzara is joined by “Underworld helmer Len Wiseman, whose TV credits include Sleepy Hollow and Lucifer, will direct. Stephen L’Heureux (Sin City: A Dame To Kill For) will oversee and produce with Miller, Mazzara, Wiseman and Bob & Harvey Weinstein.”

The program will reportedly “… be a far departure from the films, introducing original characters and timelines within the Sin City universe.”   It is unclear if the series will follow the cinematic style of the films or the artwork of the comic at this time, or if it will go in a more realistic direction.

The producers are shopping the new series to networks, but there is currently no news to report at this time on where the noir comic property will land.

Staff Writer at Horror News Network
Nick joined the website in 2015. His lifelong love of comics and horror began with Universal Monsters and the Incredible Hulk. He has fond memories of going to Waldbaum’s supermarket with his mother and being rewarded with a 3-pack of sealed comics. It’s been all downhill from there… Since those early days, his life has been immersed in four color action and scares on the silver screen.
http://www.horrornewsnetwork.net/wp-content/uploads/2017/06/sincity.jpg 398 600 Nick Banks http://www.horrornewsnetwork.net/wp-content/uploads/2016/05/HNN-logo.jpg Nick Banks2017-06-02 16:28:212017-06-02 16:29:07Frank Miller's Sin City Being Brought to Television by The Walking Dead's Glen Mazzara
0 replies

“Tales from the Crypt” Reboot; Hate to Say We Told You So But&#...
Scroll to top