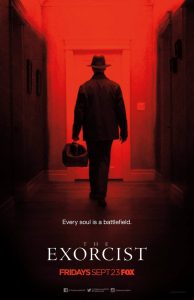 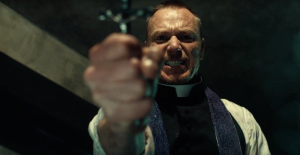 Academy Award winning actress Geena Davis stars in a small screen version of the story, which promises to place a greater emphasis on the toll the possession takes on the family.  The pilot was penned by Jeremy Slater ( The Lazarus Effect) and will premiere on Fox on Friday, September 23rd.

What are your thoughts on such a revered horror classic getting the small screen treatment?

Take a look at the official trailer:

The Simpsons Treehouse of Horror XXXI will soon be haunting the airwaves, and the folks at Fox have just the thing to whet everyone's...
Read more

Looks like Warner Bros. is taking a short break from reinvigorating its DC Universe to focus on their horror fan base.  In a press...
Read more

From original series' like The Last Drive-In to Creepshow to scooping up such incredible (and topical) documentaries like Scream, Queen! My Nightmare on Elm...
Read more