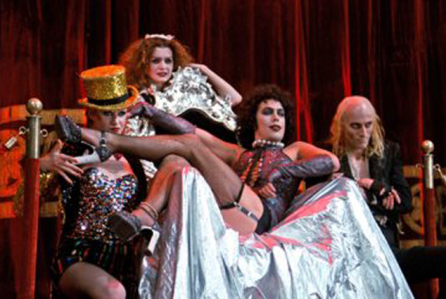 Today Fox announced that this October their The Rocky Horror Picture Show remake will air. No specific date was given as of yet.

The two-hour event is a re-imagining of the original cult classic. It centers around a couple, Janet Weiss (Victoria Justice) and Brad Majors (Ryan McCartan), who end up in the bizarre home of  the flirty, sexually ambiguous, alien mad scientist Dr. Frank-N-Furter (Laverne Cox).  She is showcasing her creation    Rocky Horror (Staz Nair), a fit and attractive man   created to fulfill her desires, at an annual Transylvanian science convention she is holding.

'The Simpsons' Annual 'Treehouse of Horror' Episode Includes Parodies of 'Stranger Things' and 'The ...
Fox Cancels 'The Passage' After Only One Season
Extended Trailer Arrives for 'The Passage'
Trailer for ‘The Simpsons: Treehouse Of Horror XXIX’ Released
'The Passage' Coming to Fox in February 2019
'Lucifer' Picked Up By Netflix After Fox Cancellation

Staff Writer at Horror News Network
Lynn Sorel has been writing for Horror News Network since September 2014. You can catch up with her on Twitter at @gothicmermaid13. Read her full bio on our About Us page.
http://www.horrornewsnetwork.net/wp-content/uploads/2016/05/rocky-horror-2-remakedate.jpg 299 446 Lynn Sorel http://www.horrornewsnetwork.net/wp-content/uploads/2016/05/HNN-logo.jpg Lynn Sorel2016-05-16 16:22:412016-05-16 16:22:41Fox's ROCKY HORROR PICTURE SHOW Remake Coming this October
0 replies