First Trailer & Poster for ‘Shut In’

The first trailer and poster for Shut In have been released by EuropaCorp. Directed by Farren Blackburn and written by Christina Hodson, the thriller stars Naomi Watts, Oliver Platt, Charlie Heaton, David Cubitt, and Jacob Tremblay. Watts, who starred in 2002’s hit horror film The Ring, returns to familiar territory with another film centered around a ghostly child.

The official synopsis for the film reads, “SHUT IN is a heart-pounding thriller starring Naomi Watts as a widowed child psychologist who lives an isolated existence in rural New England. Caught in a deadly winter storm, she must find a way to rescue a young boy before he disappears forever.”

Co-star Charlie Heaton was among the cast of the Netflix series Stranger Things. Additionally, Jacob Tremblay, who plays the little boy, is no stranger to horror either, having starred in Before I Wake and a small role in 2014’s Extraterrestrial.

Shut In hits theaters November 11th. You can view the trailer and poster below. Check back here for all your Shut In updates. 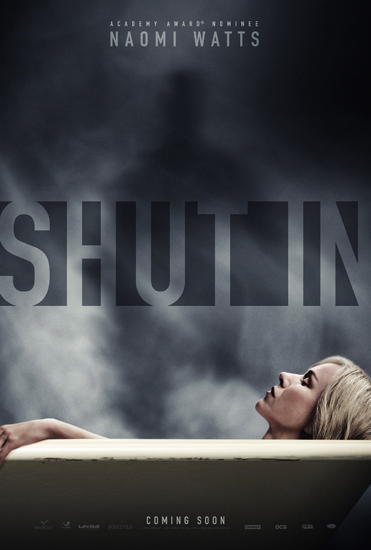 Doctor Sleep- the highly anticipated follow-up to The Shining by director Mike Flanagan- is one step closer to hitting theaters! The prolific filmmaker announced on...
Read more

20th Century Fox just released what will probably be our last look at The Predator before it hits theaters in two weeks. Introducing "The Predator...
Read more

Edward James Olmos Confirms His Character was Cut from ‘The Predator’

Some lucky fans got a sneak peak at some footage from director Shane Black's upcoming film, The Predator at CinemaCon late last month, and now...
Read more