Fans of the Halloween franchise have been pining for a trailer, teaser, poster…any new word about the new Halloween recently wrapped by Blumhouse Productions. Well, today Blumhouse, along with development director Ryan Turek, finally tweeted the first poster for the new film. 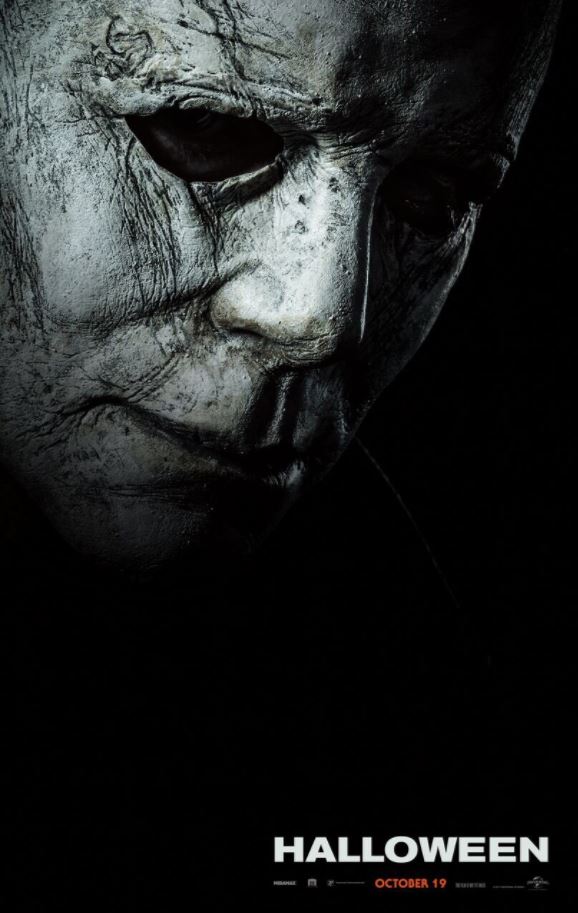 Set to release on October 19th, the new Halloween picks up where the original 1978 John Carpenter classic left off. Starring Jamie Lee Curtis and Nick Castle (the original Shape) as Laurie Strode and Michael Myers. Based on a script from Danny McBride and David Gordon Green, the synopsis of the upcoming film reads:

Laurie Strode comes to her final confrontation with Michael Myers, the masked figure who has haunted her since she narrowly escaped his killing spree on Halloween night four decades ago.

Check back to Horror News Network as we will continuously update with new posters, teasers, trailers and news about the new Halloween as it arises.

It's no mystery that last year's box office sleeper hit was Knives Out, and starting in a few weeks, you can see it again on...
Read more

Blue Underground's 2018 restoration of Lucio Fulci's Zombie releases on 4K UHD today. Everything from the packaging's embossed slipcover, to the incredible transfer of the...

Occasionally, a genre film will attract the attention of a mainstream audience in an “unexpected way”.  Maniac premiered in New York City on January 30, 1981,...

The shadows will hold even more thrills, chills and zany adventures next season on FX. The popular comedic vampire series What We Do In The...
Horror News Network