The FBI released documents related to an old investigation into Bigfoot on Wednesday, and the results- unfortunately- aren’t as convincing as last week’s U.S. Navy report on UFOs. Turns out, the Federal Bureau of Investigation examined some mysterious hairs at the time, but they turned out to be deer hairs!

CBS News reports that Peter Byrne, the director of the Bigfoot Information Center and Exhibition, sent some hairs to the FBI to analyze and the, “Washington Environmental Atlas” wrote in 1975 that the FBI had analyzed a scrap of hair and it ‘was found to belong to no known animal.'” On August 26th, 1976, Byrne wrote to the FBI seeking clarification of their findings.

“The FBI told Byrne that it had no record of this analysis reported, but agreed to analyze a scrap of hair sent by Byrne in a November letter. In an internal memo, the FBI said that the analysis was being done for the sake of ‘scientific inquiry.'” 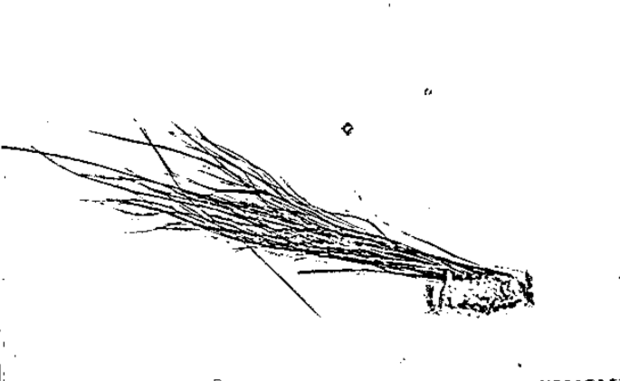 As cryptid hunters across the globe always say, “the truth is out there.” Unfortunately, the truth in this case was that, “the hairs are of deer family origin.”

It might have been deer hairs this time, but we never know when some real hairs from the hide of Bigfoot himself may appear in a future FBI investigation! Hold out hope, true believers.

Stay tuned to Horror News Network for complete coverage of all of your favorite cryptids!

Staff Writer at Horror News Network
John has loved movie monsters for as far back as he can remember. He's since collected up as many comics, statues, and autographed material related to movies and music that he can get his hands on. He is particularly interested in the critical and analytical discussion of the best stories the horror genre has to offer. One of his largest works on the topic is a study on the portrayals of people with disabilities in horror films.
http://www.horrornewsnetwork.net/wp-content/uploads/2019/06/bigfoot.jpg 840 1400 John Evans http://www.horrornewsnetwork.net/wp-content/uploads/2016/05/HNN-logo.jpg John Evans2019-06-06 09:52:062019-06-06 09:52:06FBI Releases Bigfoot Investigation Documents... Uncovers Deer Hairs
0 replies