If you answered yes to any of the above questions, I have some good news for you!  Fathom Events will be bringing all the zombie action you can handle to select movie theaters across the country in the form of “Survival Sunday” at 8:30 p.m. on April 15.  The special event will not only include the Season Eight finale of The Walking Dead’s never ending “All Out War” story line, but it will also premiere the first episode of Season Four of Fear the Walking Dead.

Season Four of Fear the Walking Dead will contain the much talked about debut of Lennie James’ Morgan character.  How did Morgan make it from Atlanta to L.A. and back again?  This improbable back story is anyone’s guess at this point, so I guess we’ll all have to tune in and find out.

Tickets for the event go on sale Friday March 16, but screenings may not be available in every market, so check your local listings on the Fathom Events website.  Fathom Events also wants fans to know “…that attending in costume is fine, however masks, face-concealing make-up, fake weapons as well as any costumes that conceal what you are carrying, your natural body shape or face are strictly prohibited.”  As always, cool shades, denim, and leather are highly encouraged. 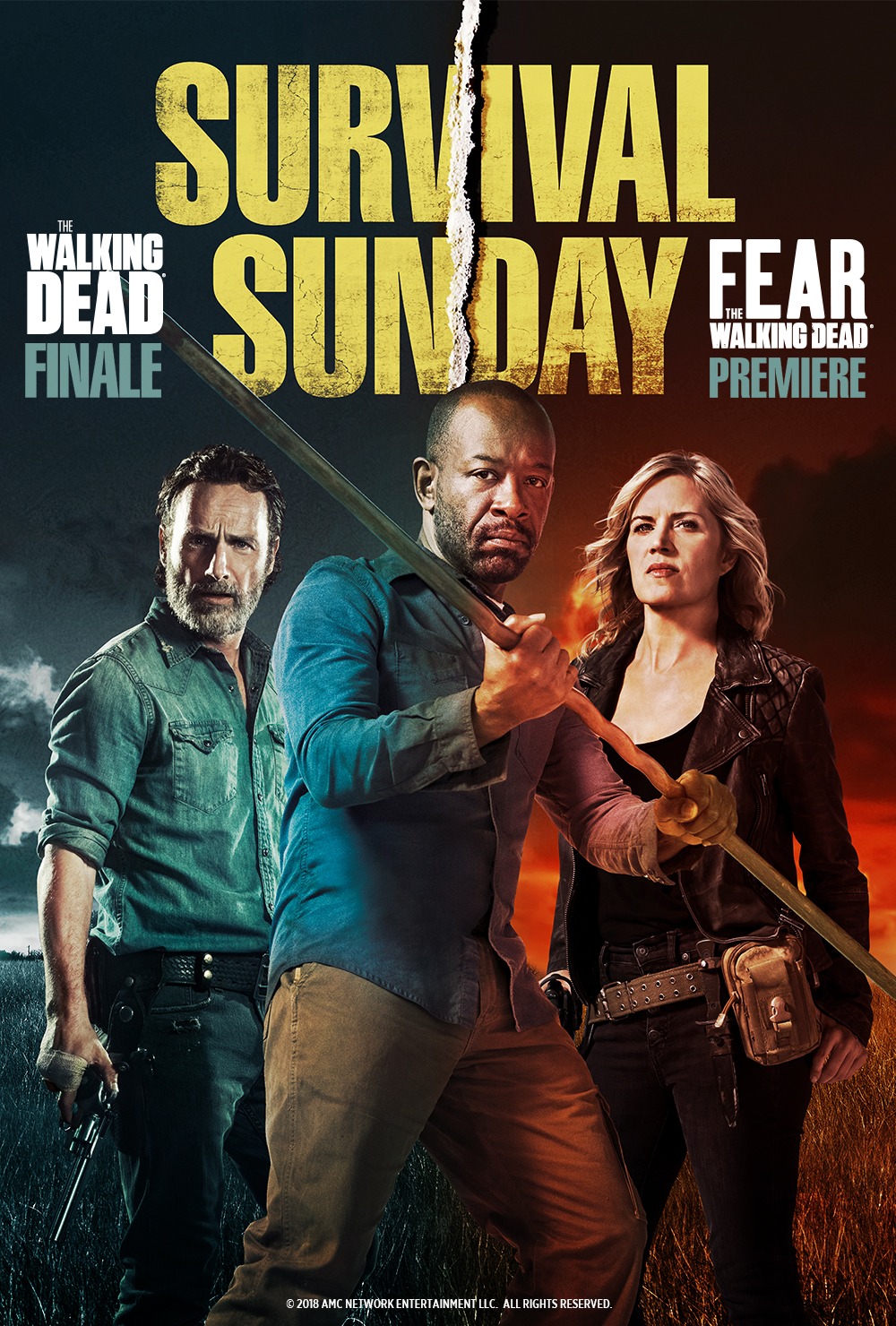 Staff Writer at Horror News Network
Nick joined the website in 2015. His lifelong love of comics and horror began with Universal Monsters and the Incredible Hulk. He has fond memories of going to Waldbaum’s supermarket with his mother and being rewarded with a 3-pack of sealed comics. It’s been all downhill from there… Since those early days, his life has been immersed in four color action and scares on the silver screen.
http://www.horrornewsnetwork.net/wp-content/uploads/2018/03/twd_season_8_poster_24.jpg 464 825 Nick Banks http://www.horrornewsnetwork.net/wp-content/uploads/2016/05/HNN-logo.jpg Nick Banks2018-03-15 17:10:552018-03-15 17:10:55Fathom Events Brings 'The Walking Dead' Season Finale and 'Fear the Walking Dead' Season Premiere to the Big Screen
0 replies

Sam Raimi to Produce ‘The Grudge’ Reboot for Sony