Farmiga had previously let the show’s fans know on social media that she’d be once again be playing the witch Zoe from AHS:Coven.  However, EW reports that she will also be portraying her role as Violet from the very first season, entitled Murder House.  The character cross-over makes sense, as Apocalypse will tie-in all previous seasons of the hit show which debuted back in 2011.  The producers have used many of the same actors and actresses in multiple seasons, but playing different roles.  Apocalypse will see the return of Hollywood royalty Lange, Kathy Bates, Sarah Paulson, Emma Roberts, Connie Britton, Stevie Nicks, Dylan McDermott and many others.  It will also see the debut of new cast member Joan Collins.

It will be awesome to see how Farmiga and Lange (and hopefully Paulson!) can pull off the dual roles on screen, especially if their characters interact with each other. 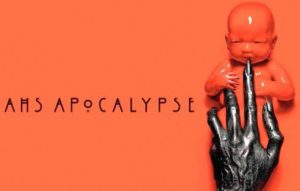