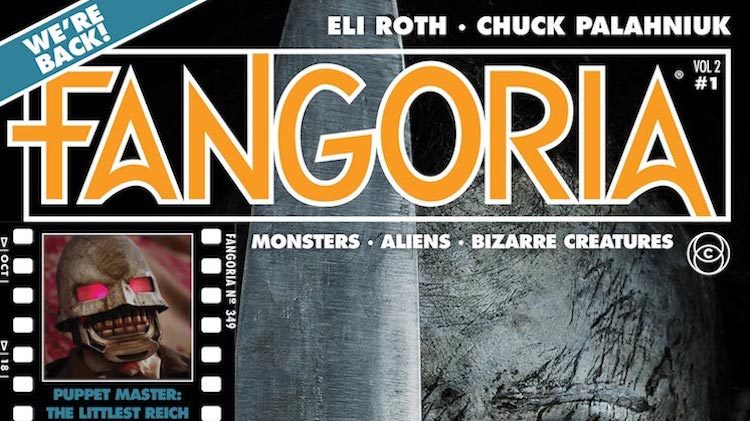 Every horror fan that grew up in the 80’s and 90’s lived by Fangoria magazine. That’s where we got our industry news, information about upcoming films, in-depth interviews with our favorite directors and we all probably ordered something from the ads that were scattered throughout those glossy pages of gore; I know I ordered a mask or two and more than a handful of t-shirts!

Then the internet happened.

With the birth of instant news at everyone’s fingertips and chatrooms brimming with horror fans spouting off industry rumors, print began to take a hit. Why wait for the magazine to slide into your mailbox when you could get your news right away? Fangoria stuck to their guns and kept putting out issue after issue even while the amount of subscribers and advertisers dwindled. By the time 2015 rolled around, issue delivery became sporadic and then died out altogether about a year later.

Fast forward to 2018 and enter Cinestate CEO Dallas Sonnier who acquired the rights to our beloved Fango and scooped up Phil Nobile from the beloved Birth.Movies.Death to head it up as editor-in-chief. The new team promised that we would have our first new issue of the rebirth of Fangoria by Halloween of 2018 and true to their word, it hit my mailbox last week.

First off, let me say that this thing is gorgeous. The pages are sturdy and colorful and while it looks like an old Fangoria, it doesn’t feel like one; while the old one was your classy flimsy mag, this thing is like a book…or at least a graphic novel. Halloween‘s Michael Myers graces the cover (the 2018 version) along with smaller pics of Puppet Master: The Littlest Reich, Suspiria (2018) and Texas Chainsaw‘s Leatherface in the classic filmstrip on the left edge of the cover.

Smartly, those in charge realize that the days of being able to report “news” in a magazine (especially a quarterly one, to boot) is long gone, so the cast has eschewed that in favor of more retrospective pieces, exclusive behind-the-scenes articles and even original content from the likes of Chuck Palahniuk (Fight Club, Choke).

Along with Meredith Border’s awesome story from the set of the new Halloween, you’ll find pieces from Don Coscarelli discussing the inspiration for his masterful film Phantasm, scream queen Barbara Crampton dishing about what it takes to work in film, Eli Roth discussing his introduction to horror and they even managed to bring classic Fango heavy-hitters Tony Timpone and Mike Gingold back into their gruesome embrace!

This inaugural issue of the new Fangoria boasts wall-to-wall coverage of everything a horror nerd could ever want in a mag and, as one nerd to another, I strongly recommend that you get your house in order and subscribe today because Fango is back, baby! 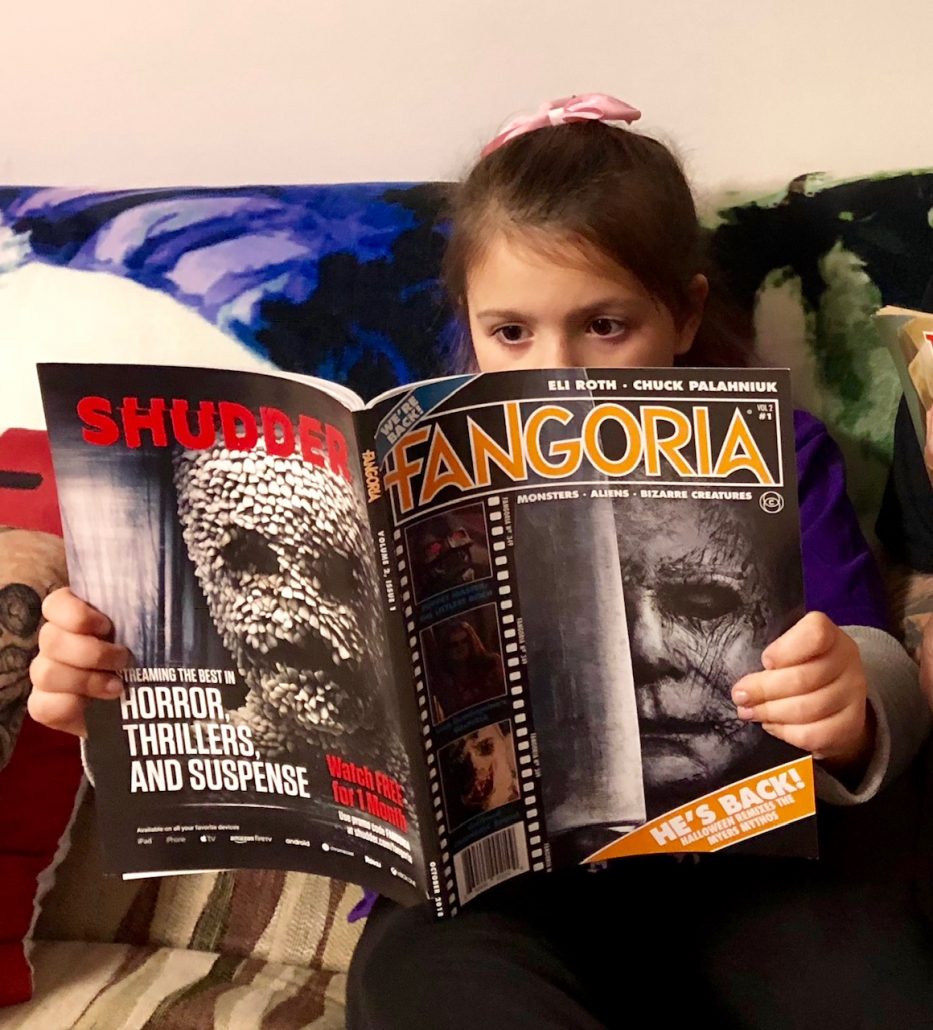 The Pale Door will open onto a new world  of horror in the Old West, both theatrically and on Shudder, later this year.  Both...

It looks like the cast of The Seventh Day is rounding into form quite nicely.  According to an exclusive report from Deadline, the supernatural...

Horror fans who were born after the year 2000 may find it hard to believe that the only way to discover what film was...