So much horror TV! As our DVRs reach their breaking point, we move into the second half of October. No new shows are on the horizon, but three returning shows are here for our continued enjoyment.

Back for its 12th season, Supernatural is still going strong with plot lines and drama at the ready. This season, we get to spend a bit of time with the Winchester matriarch, Mary. Never mind that she has been dead since Sam was a baby; Supernatural cares nothing for death! This show moves characters through life and death, space and time, and in and out of reality however it sees fit. This season looks to be no different and will hopefully offer more of its less serious episodes to lighten the mood a bit as there will certainly be many tears this season. 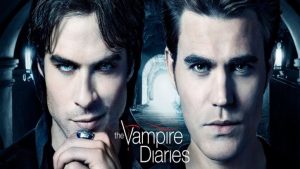 This will be the eighth and final season of the long-running horror soap, The Vampire Diaries. Maybe one of the biggest questions is “will we see Elena (Nina Dobrev) return for the ending?” Here’s hoping that this series will be able to deliver a finale that will leave you feeling satisfied with all of the characters’ choices. 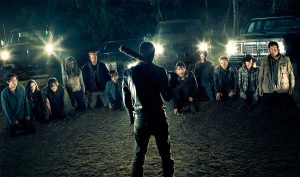 And here is the one you have all been waiting for…the long awaited return of The Walking Dead. As we all know, last season left off on one of the biggest cliff-hangers of all time: who did Negan hit? Executive Producer Robert Kirkman let us know at San Diego Comic Con that the premiere was going to jump right into the action and not make us wait. This is good news because the fans have certainly waited long enough. This is expected to be a very brutal first episode followed by a season of terrible, terrible things. In addition to the most charming villain in Negan (Jeffery Dean Morgan), a variety of additional characters will make their appearances including one who keeps a tiger as a pet. If AMC really lets this show cut loose and match the comics this will be one of the most tense and brutal seasons yet.

Only November is left and yes, there are more fall shows to come!

The Coronavirus has taken its toll on another horror staple: It was reported that The Walking Dead is ending its season sooner than expected. A...
Read more

According to Yahoo, AMC this weekend postponed the premiere date for the third Walking Dead spinoff, The Walking Dead: World Beyond. The starting date has...
Read more