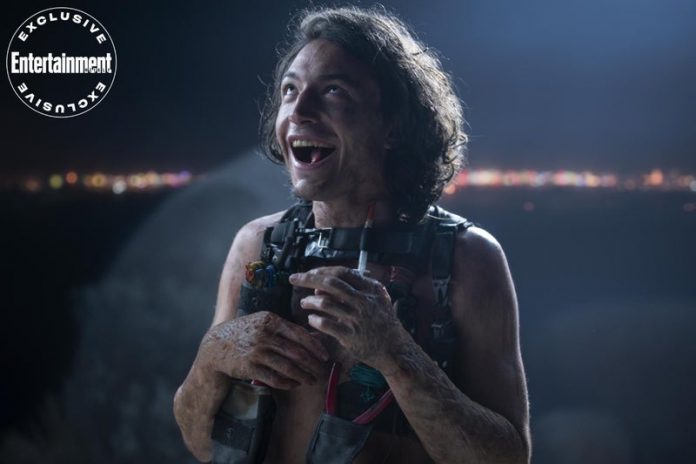 Stephen King fans (and all fans of horror and inspired fiction) are looking forward to next month’s premiere of the TV adaptation of The Stand on CBS All Access.

And now they have a “super-hero” on the stellar cast to pique their interest.

Ezra Miller–best known for his dual roles as Barry Allen and The Flash in the DC Extended Universe (most recently in 2017’s Justice League)–this week revealed he will portray The Trashcan Man in the 10-episode limited series debuting Dec. 17, as reported by comicbook.com.

Miller confirmed he would appear in the adaptation of The Stand back in March, but offered no specifics at that time. But now the actor said he is tackling the key role of The Trashcan Man, a very unstable pyromaniac who joins forces with the enigmatic Randall Flagg and his New Vegas survivors.

In King’s classic 1978 novel, the world has been decimated by plague and is embroiled in an epic struggle between good and evil. On one hand is the 108-year-old Mother Abigail and a few survivors; on the other is a man “with a lethal smile and unspeakable powers–Randall Flagg, the Dark Man.” The Trashcan Man–originally known as Donald Merwin Elbert–has a nasty habit of lighting deadly fires (in trashcans and other places) and finds his niche at Flagg’s side.

The Stand showrunner Benjamin Cavell said Miller really got into his new role. “He’s so committed to it,” Cavell said. “He’s a huge fan of the book and had fallen in love with this character and wanted to play it for a long time.”

Cavell added that Miller’s wardrobe helped him lose himself in the part. “He wears basically no clothes, except for his extensive tactical gear,” Cavell said. “The character has to be on the edge of over-the-top.”

Miller is joined on the show by Whoopi Goldberg as Mother Abigail and Alexander Skarsgard as Randall Flagg. Cavell serves as showrunner and executive producer, along with Josh Boone (The New Mutants), who also directed the premiere and final episodes.

Cameras To Roll In June For ‘Firestarter’ Remake

The flames are burning brighter than ever for the remake of Stephen King's classic Firestarter--a remake fans have been anxiously awaiting. Akiva Goldsman--who is producing the...

Stephen King is taking this one personally. The small-screen adaptation of the horror master's 2006 novel Lisey's Story--debuting on Apple TV+ June 4--has been scripted by King...