What to Expect in the World of Horror in 2018

On the first day of this glorious new year, I thought I’d do my best impression of The Amazing Criswell and make some horror predictions for 2018. These aren’t necessarily wild ideas I’ve pulled out of thin air… they’re simply my expectations based on the trends I’ve observed developing over the course of 2017. I’ll document my thoughts now, and then revisit my premonitions in December to see how I did! So, without further ado, let’s peer into the wonderful world of tomorrow! 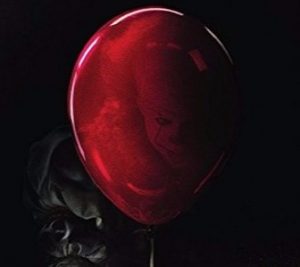 In terms of sheer box office might, 2017 was the year of It. In addition to the long-dormant franchise’s rich horror pedigree Warner Bros. and director Andy Muschietti managed to smooth out any rough edges and produce a mainstream picture which looked and felt more like a studio film tailor-made for an IMAX screen than any of its horror contemporaries. And somehow they did it on a meager budget of just $35 million! The payoff was seen instantly around the globe, as It ended up earning nearly $700 million worldwide in 2017.

While the sequel to It won’t hit theaters until 2019, I expect to see more studios catching on to the formula which made It such a major success. Paramount is already hard at work on a reboot of Pet Sematary, based on another beloved Stephen King classic, and I fully expect it to display all of the mainstream sheen of the film which inspired its return to the silver screen in the first place. There’s an unprecedented level of money at stake for studios who attempt this formula, and 2017 ‘s grittier offerings like Jigsaw (based on another classic franchise) didn’t exactly make bank last year, so look for more productions eager to be like It in 2018! 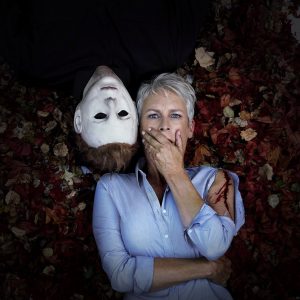 Luke Skywalker is in another Star Wars movie! Harrison Ford is back as Rick Deckard in Blade Runner 2049! John Goodman’s Dan is alive in the Roseanne reboot! There’s nothing more refreshing to fans than the safety net of nostalgia. The future is scary- and so are its unknown original intellectual properties- so more and more production companies are looking at the proven successes of the past to mine sort-of new material. We first saw nostalgia in action with Stranger Things, an original work which is seeped in 80’s pop culture throwbacks. But seeing as how other genres are going directly to the source instead of beating around the bush, I expect more horror productions to literally repeat the past like their mainstream contemporaries.

The first full-blown nostalgia project that we know about will be the 2018 sequel to Halloween. In addition to writer Danny McBride and writer/director David Gordon Green repeatedly stating that they will approach the film by slowly building dread and suspense over on-screen gore like the original, the film will bring back Jamie Lee Curtis as Laurie Strode, Nick Castle as Michael Myers, and offer an original score by series creator John Carpenter! The movie doesn’t even hit theaters for another ten months, but this level of faithfulness to the original film has fans in a frenzy. I expect similar horror productions to be announced this year. What else woulds fill seats in theaters quite like Robert Englund returning as Freddy Krueger for one last battle with Heather Langenkamp’s Nancy Thompson? Or Doug Bradley donning his infamous Pinhead makeup for a Hellraiser reboot? Of course, this is all just speculation at this point; but the studios know there’s money in them hills of our respective memories! 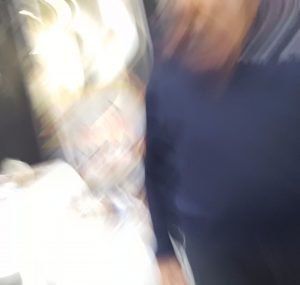 Conventions becoming overpopulated isn’t exactly a new phenomenon for this booming industry, but there are some key changes on the horizon which I expect will cause attendance at horror, science fiction, and comic conventions to reach critical mass. Originally reserved for dollar-bin comic book dealers and long-forgotten character actors of yesteryear, it’s now not considered to be out of the ordinary when A-Listers Gal Gadot and Henry Cavill appear at a comic convention to sign autographs and pose for photo-ops immediately following the release of their $650 million movie.

In addition to talent who have historically been completely off-limits to their rabid fanbase, some shows are beginning to offer photo opportunities with their favorite actors in the iconic makeup and costumes of their respective roles. It’s one thing to get a picture with the guy who played Jason, but it’s something else entirely to get a picture with the guy who played Jason in costume as Jason! Couple this with great new guests entering the scene by the minute, and I expect conventions to be stickier, sweatier, and more hectic than ever before! Just remember: when you go to these shows, try to enjoy yourself and don’t let the crowds get to you. A shaky hand and a rushed feeling can only ruin your convention experience. Pictured to the right is supposed to be a photo of me with the legendary Tom Atkins, as photographed by HNN staff writer, Nick Banks. It’s a good thing he isn’t our staff photographer! 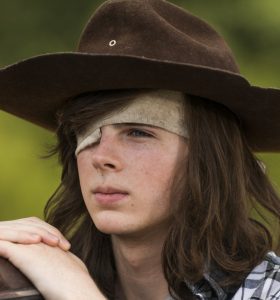 While The Walking Dead certainly played a major role in shaping modern conventions and increasing attendance to “human cattle”-like proportions, 2017 wasn’t particularly good to the franchise. Its viewership plummeted over the course of the first half of Season Eight, regularly hitting five-year lows with each new episode, and its controversial plot decision for Carl at the mid-season finale isn’t likely to improve viewership when the season returns in late February. Based on previous publicity stunts and AMC CEO Josh Sapan’s November declaration that the series could continue for decades, it’s quite clear that The Walking Dead isn’t the kind of show which plans to bow out gracefully. Negan’s rash behavior once made The Walking Dead hip and dangerous, and the show’s creative talent can’t quite let go of the time when senseless violence and cheap character deaths at the expense of character depth led to high ratings.

I expect Carl is just the tip of the iceberg as this franchise tries to lure back some of its lost viewership, seemingly unaware of the fact that it’s stunts like these which drove them away in the first place. It was when Happy Days hit a similar ratings slump where the scene and phrase “jump the shark” were infamously coined; and Daryl (our modern day Fonzie) seems to be in the perfect position to invent some new outlandish TV tropes as the show lurches forward with no filter. Buckle your seat belt, because the sky is the limit for what you might see if you’re still watching The Walking Dead in 2018!

So there you have it… my HNN horror predictions for 2018! Have a wonderful new year, and keep your eyes peeled for these horror premonitions to ring true over the course of the next twelve months!

The second season of Shudder's The Last Drive-In With Joe Bob Briggs is going out on a high note tomorrow night--Friday, June 19 at 9 p.m....
Read more