The Exorcist: The Series “Lupus in Fabula” Episode Review

While the literal Latin translation of the title of the episode references the appearance of the wolf, it is the early template for the modern phrase: “Speak of The Devil and he shall appear.” This expression has been used in literature by everyone from Giovanni Torriano in 1666 to Ozzy Osbourne in 1982. It is interesting that the phrase is so ancient that it predates Christianity and the Catholic Devil, and it is a reminder that humanity has always known supreme evil; we’ve just had different names for it. The wolf, Pazuzu, The Devil… they’re all names for the same evil that humanity has known since the beginning of our time on Earth. 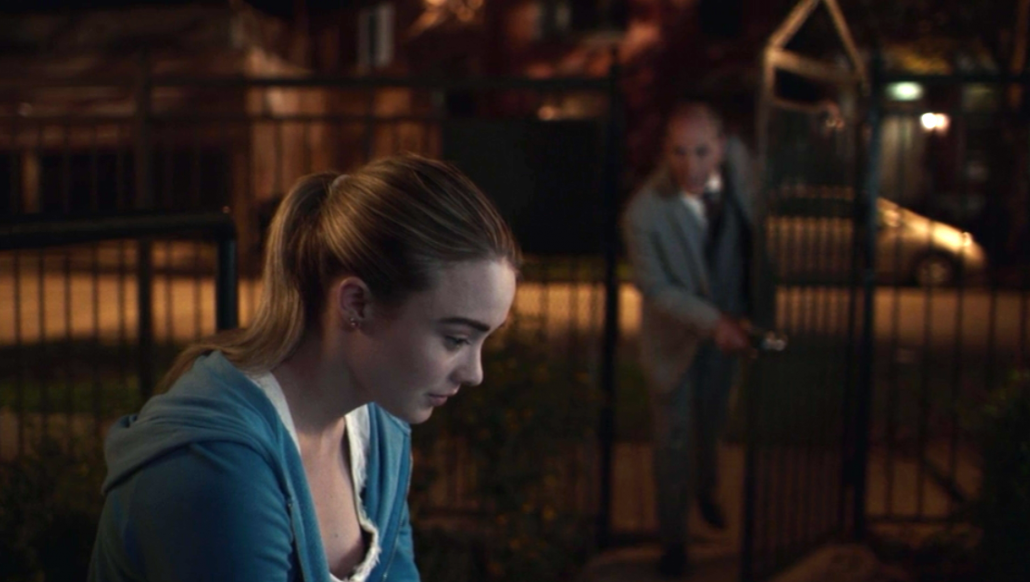 While all of the main characters refer to this evil as the Devil or a demon, Hannah Kasulka’s character, Casey Rance, doesn’t have much to say about the subject. While Brianne Howey’s Kat seems thrilled to joke about the fact that her mother thought she was being possessed, Casey, the real target of demonic possession, tends to keep to herself about what she is going through. “The wolf” appears to her in the form of a comforting old man. By the end of the episode, Casey is seen resting her head on his shoulder and talking to him about her problems. This is one of the stronger elements of the new episode, and it helps to fill in something that was lacking from the pilot, and even from the original 1973 film.

In the original film the closest we got to understanding Captain Howdy, Regan’s name for the demon that possessed her, was in an early scene where she explains “him” to her mother while they play with a Ouija board in the basement. The way Regan speaks demonstrates that she feels very comfortable talking to it, and it isn’t a stretch to think that more scenes demonstrating this developing bond could have been presented in a longer version of the story. Played by Robert Emmet Lunney, this sinister character of the series is called “The Salesman” in the show’s credits. The Fox show gets it right due to the tremendous level of restraint they demonstrate in portraying the man.  While it is clear to the viewers that he represents an ancient evil, there is nothing about his appearance or demeanor that would suggest this. As his credited name suggests, he’s there to sell something; and there’s a reason the big box stores wait to spring a high pressure extended warranty pitch until you’re already at the register with your credit card out. A good salesman takes his time and fosters a feeling of trust before executing the sale. This results in some genuinely eerie scenes, and it will be interesting to see how this dark relationship develops in future episodes. 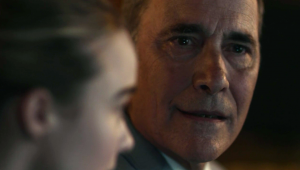 Restraint and subtlety make more effective appearances in this episode. It opens with a chilling scene that utilizes literally zero special effects. It is relieving to see that the show is willing to build frightening scenes that are building towards character and plot development instead of building towards a loud and shallow jump scares that go nowhere. It may seem surprising that the show is rated by the TV Parental Guidelines system as a measly TV-14. At first glance, the show appears to pull no punches as it builds on its scenes of horror, but clever editing often forces the viewer to believe he or she saw more than what was on screen. Perhaps this ratings constraint is inspiring a level of creativity within the filmmakers to achieve genuine scares without resorting to explicit material. While Geena Davis’ Angela discusses the possibility of the Pope’s entourage spending the night at her house during their upcoming visit (in what promises to be the slumber party of the century!), she receives an unusual text and phone call from Casey’s phone which hint that something is amiss. Several of the scenes in this episode were crafted with care to push an almost subconsciously uncomfortable feeling within the viewer. The editor cleverly includes a variety of candid, voyeuristic shots in between the shots we’d regularly see in a television show. This especially created a sense of dread, like something else was a part of the scene other than the characters, in a scene at the church and a scene showing the Rance family having dinner. It is refreshing to see a network television show taking such care to incorporate an element of filmmaking craft into their work. 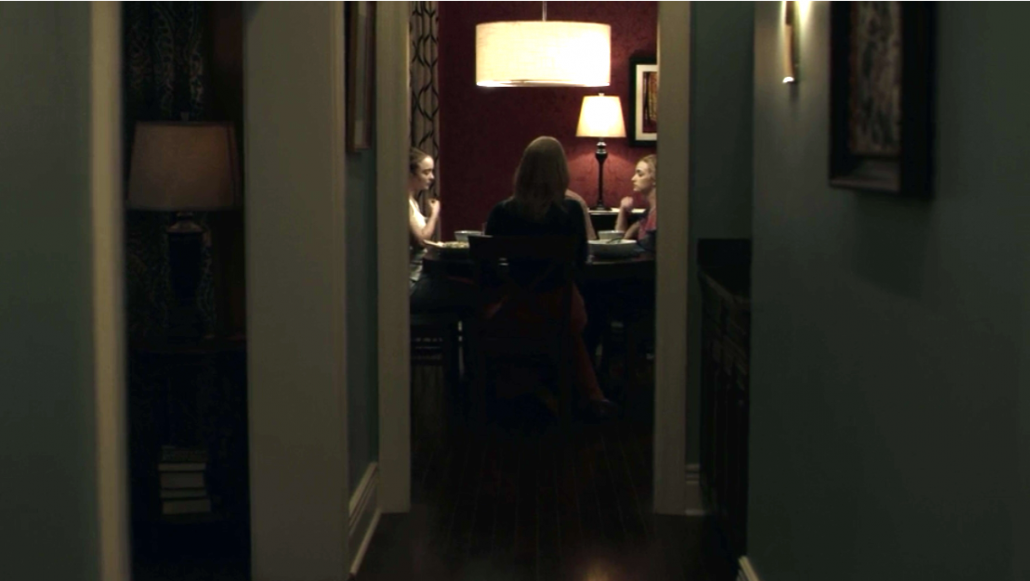 Alfonso Herrera’s Father Ortega and Ben Daniels’ Father Keane each reveal more of their personal demons in the events of the episode. Their faults will certainly influence the progression of the season, and the three dimensional portrayal of them as human beings, not as holy men who are above the follies of those around them, keeps the show interesting. Minor conflicts arose between them in this episode, and it is clear that their differences will lead to more trouble between them as the show continues.

While this episode certainly dialed back the level of schlocky and repetitive scares found in the pilot, some elements of the formula remain. Last episode featured a poorly conceived and sloppily rendered CGI crow and CGI rat that ran the risk of taking the viewer right out of their respective moments. Episode 2 maintains this dubious tradition with CGI centipedes. In their first appearance it is baffling that it was more cost effective to render some shiny, videogame-looking insects rather than to dump a pile of them on the bed and film them as they squirm. The centipedes’ second scene, which also marks the first appearance of the “pea soup,” was more appropriately used, and more likely to inspire a visceral reaction from the viewer.

Some new developments could spell trouble for the series. While the episode demonstrated several instances of restraint and subtlety, other parts of the show seem to be building at an alarming rate, which seems unnecessary for the first season of a series. A variety of possessed people appeared throughout the episode with the level of regularity comparable to the steady stream of Deadites in a typical episode of Ash vs. Evil Dead. The creators would be wise to dial this back going forward because they run the risk of taking away from the unique and ominously special occurrences that are going on with Casey. The zombies of The Walking Dead lose their individuality because there are just too many of them for the creators or the viewers to see them as anything but action scene fodder. The Exorcist needs to be careful about sending mixed messages. Either Casey’s descent is something rare and exceptionally terrifying, or demonic possession is a widespread phenomenon that is more about creating monsters than exploring character. Hopefully, the span of the season will demonstrate a commitment to the former rather than the latter.

The final scene of the episode reveals a human influence on the supernatural happenings of Englewood. Just in time for the Pope’s upcoming personal appearance, a mysterious group begins committing ritualistic murders that are in some way connected to the demonic events of the show. This storyline has more in common with 1990’s The Exorcist III than the 1973 original. While that film is not nearly as popular as the original movie, horror fans’ feelings about The Exorcist III have become more and more favorable as the film has aged. Time will tell if this storyline is the right fit for the show.

Overall, “Lupus in Fabula,” was a solid episode that was fun to watch because of its characters and some of its genuinely eerie scenes. The positive elements of the show outweigh the bad, and some of its recent developments are sure to keep viewers hooked until the next week.