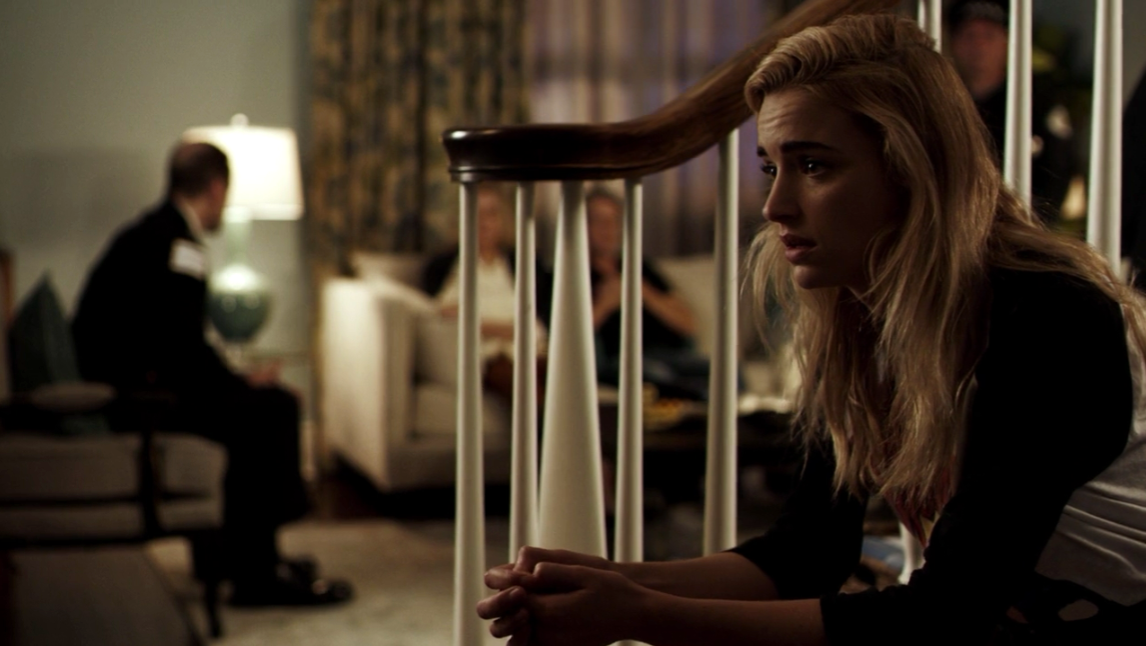 The Exorcist: The Series “Through My Most Grievous Fault” Episode Review 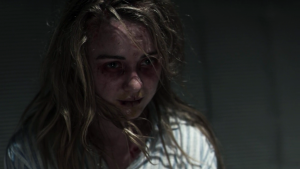 For the sake of those who may not have caught the episode yet, I’m going to hold off on analyzing the major plot surprise that arrives at the very end. I will say that while it is one that has been talked about and hoped for by fans of the show over the past few weeks, at this point I feel neutral about this development. I don’t think the series needed it to be successful, but if it pulls more viewers into this excellent show, I’m all for it. 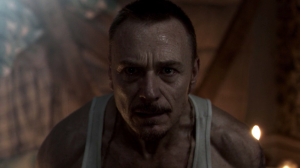 Hannah Kasulka’s Casey is incredible in this episode. Her makeup is pretty subdued and her exorcism scenes feature relatively limited special effects, so the success of her performance comes solely from her acting ability. Gone is the sweet and friendly Casey of the first couple of episodes. Instead, we see her really get inside the heads of the ever helpful Father Tomas (Alfonso Herrera) and Father Marcus (Ben Daniels). Some of the possessed Casey’s tricks come right out of the original film, like the manifestation of loved ones of the priests in the room of the exorcism; while others break new ground for the franchise, such as tricking her sister by appealing to her protective nature. While Father Marcus is not so easily influenced, Father Tomas rapidly unravels throughout the episode… compromising both the exorcism and his morals at the same time.

As hinted at in last week’s episode, Kat’s (Brianne Howey) skepticism creates turmoil within the Rance household and ultimately contributes to a greater level of chaos by the end of the episode. It’s interesting to watch her take these actions, all guided by love, only to end up where she does in the final scene. Kat’s strength as a character comes from the fact that she is much more complicated and nuanced than she initially appeared in the pilot episode. The show continues to hint that her love and loss of Julia will play a role as the series progresses. 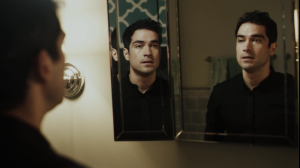 The show managed to create an amazing dichotomy between the adrenaline pumping excitement of the big reveal and the massive low point at which the episode ends up. While longtime fans of the franchise may be excited to see how this new development will impact the remainder of the season, it’s important to remember that all of the characters are now at their lowest emotional points. Father Tomas’ actions cannot be undone. Kat cannot un-call the police. Henry cannot unhear “the secret.” And Casey is further gone than ever before.

Now that the series has hopefully gotten everyone’s attention, it will be interesting to see how the rest of the season will unfold. The show has made it clear that it is willing to take risks to tell an interesting story, and at its core it is a character study of a complex family under incredible duress. The steps the filmmakers are taking to tell this story, including what seems to be a reduction of CGI special effects in favor of practical effects and letting the acting do the talking, is certainly commendable. This show rarely goes for what’s easy, and that’s why it has worked so well so far. Hopefully the talent behind the show keep this in mind as they build on what the big reveal will mean for the series going forward.